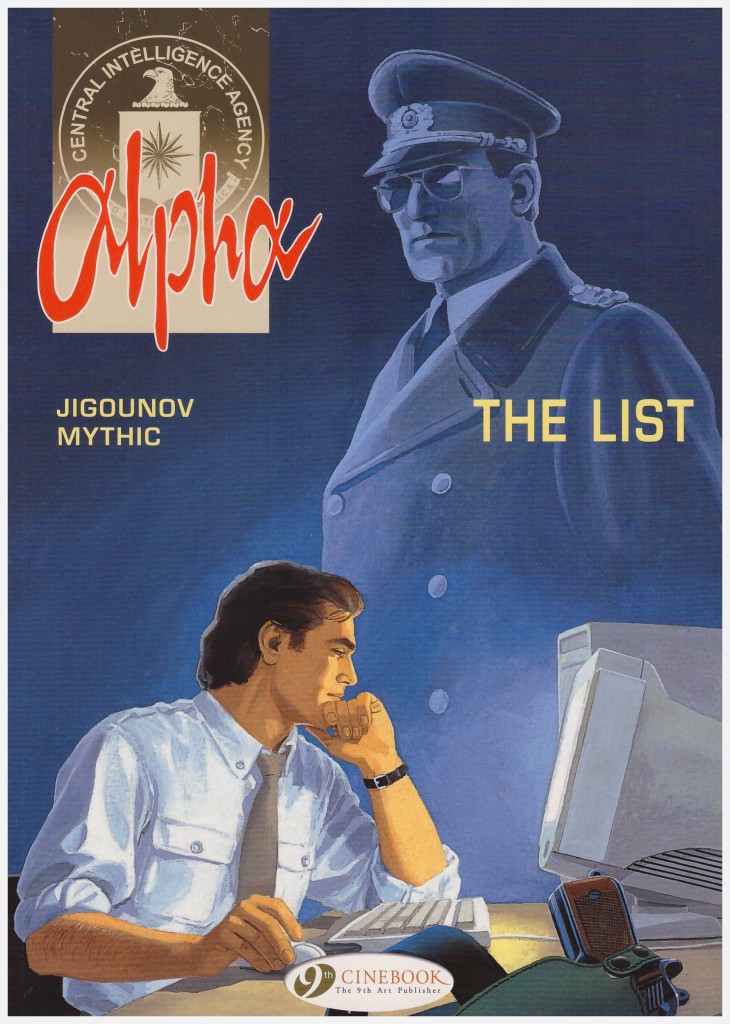 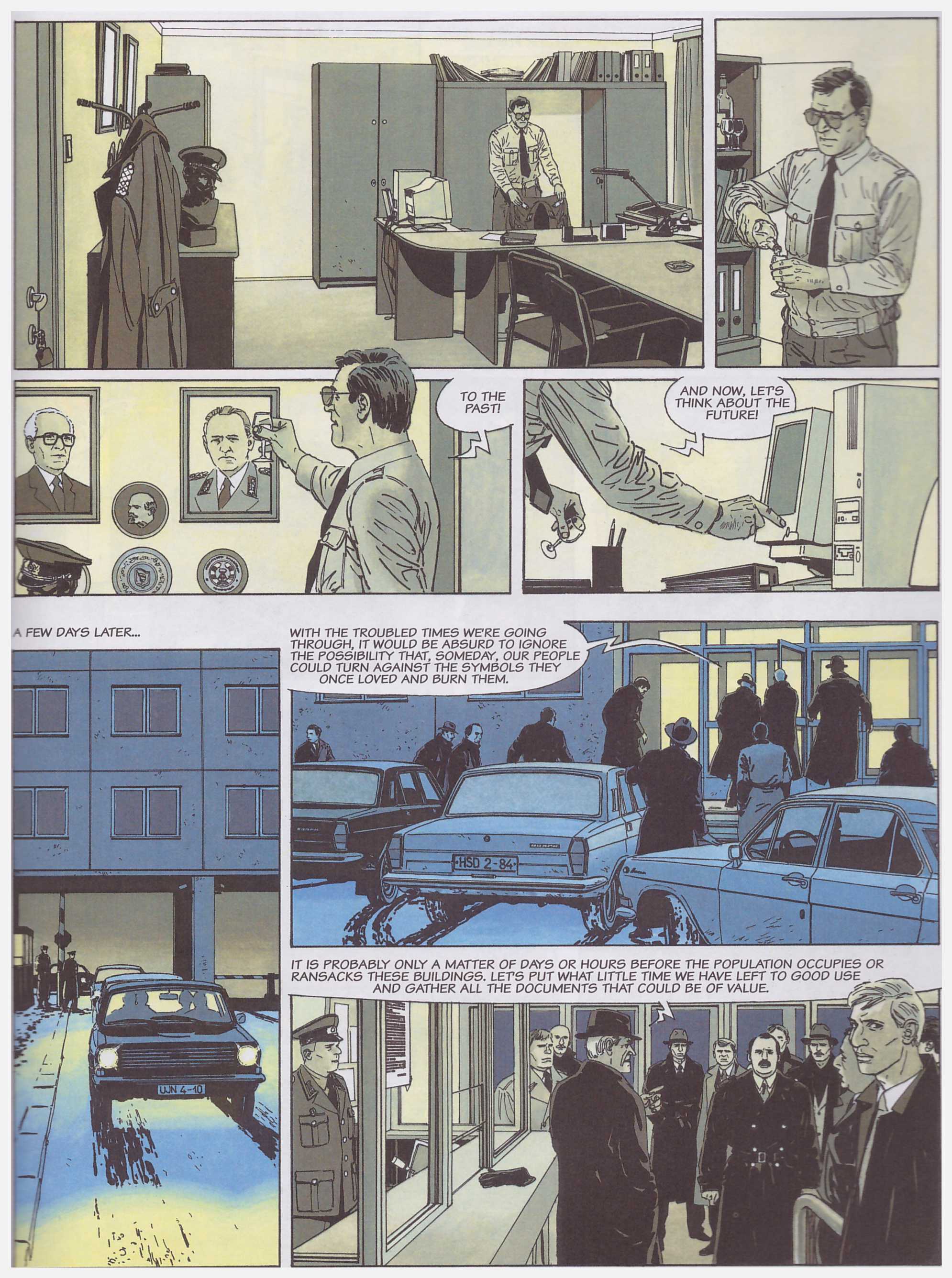 Much of previous volumes The Exchange and Wolves’ Wages hinged on the transitions from communism to capitalism in Russia, and writer Mythic (Jean-Claude Smit-le-Bénédicte) returns to the era of cold war politics for The List.

The story opens in Berlin on the evening the wall separating East from West Germany was demolished in November 1989. One East German secret police officer can see which way the wind is blowing, and Wolfgang Weidemüller is accompanied on his westward journey with a disk containing information about all Americans who’ve dealt with the East Germans. After copying, he wiped the original information. It’s several years before he decides the time has come to cash in on his secret, and the news of its existence immediately gathers assorted interesting parties in Amsterdam, where Weidemüller now resides.

Some would see the information destroyed, while others would have it for blackmail purposes. The CIA’s interest remains unrevealed, but Alpha is sent with a new colleague Sheena Ferguson and a couple of others, one of whom, we’re told early, has another affiliation. “You can’t put a price on peace of mind”, one guilty businessman is informed by a character disturbingly resembling the late all-round football expert Jimmy Hill.

Beyond the set-up, almost all the remainder of The List is one superbly drawn chase sequence. Youri Jigounov proved himself an excellent artist on the previous books, and there’s no deterioration here. His pen and ink clear line style is delicate enough for character sequences, and beefy enough for action scenes. He illustrates an alluring Amsterdam, and is equally at home with the interiors of a cruise ship.

The master of this type of material is Jean Van Hamme, and Mythic’s writing takes its cue from that style. There’s precious little in the way of characterisation beyond a surface glibness, as almost all dialogue services the plot. Alpha so far lacks the complexity of Largo Winch or XIII, but provides some surprises, and this time there’s no convenient conclusion either. The series continues with Sanctions.