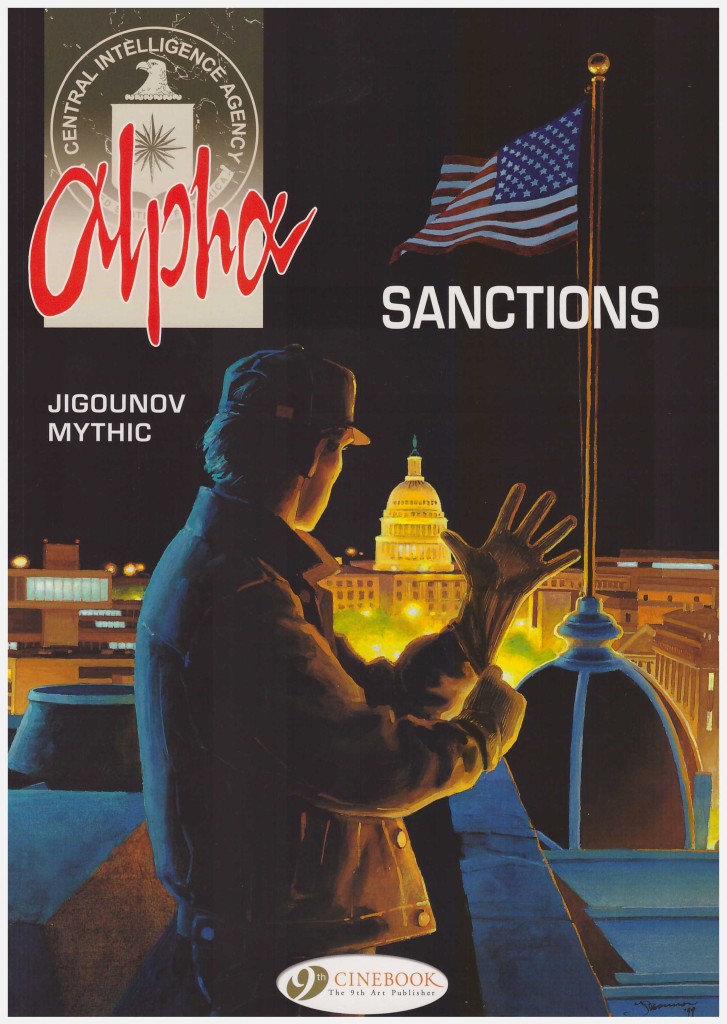 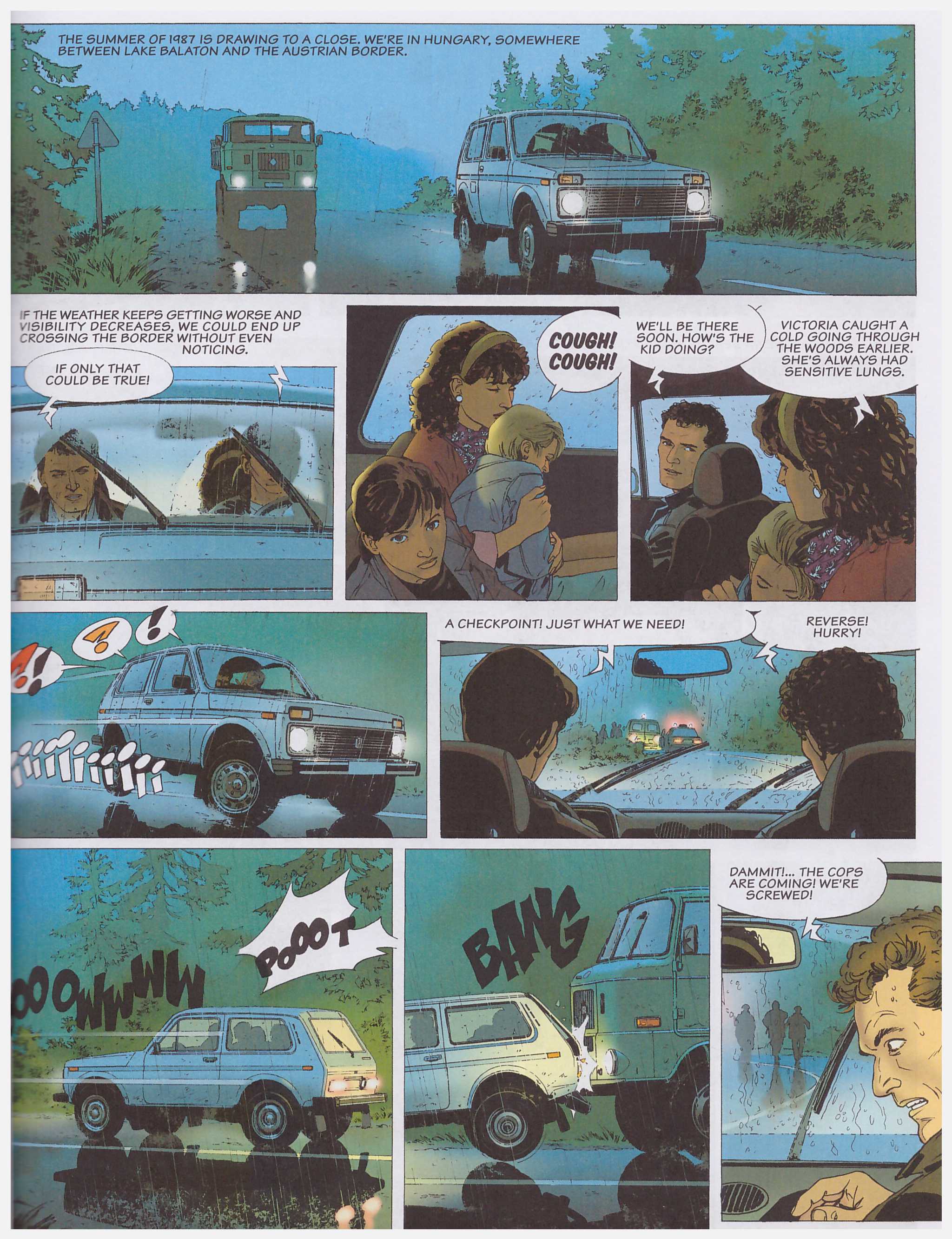 On one level this is another decently plotted and exceptionally well drawn thriller, but five volumes into the series the plot is all approach is beginning to develop leaks.

Throughout the books to date Alpha hasn’t been provided with much of a character. He’s confident, capable and with a fantastic memory, and tends to fall for blondes, but beyond that he’s pretty well a cipher. It’s therefore quite the surprise early on to hear him complain “We’re not intelligence agents anymore, we’re just salespeople subservient to commercial lobbies.”

It doesn’t go anywhere, though, and highlights the problem Alpha has when compared with other European action thrillers. Their protagonists may be every bit as much the capable granite blank slate, but similar material at least surrounds their characterless lead with viable eccentric distractions. There’s none of that here. The sole recurring characters are Alpha’s dry boss, and his partner Sheena Ferguson, attractive window dressing given to the occasional smug and smiling put-down.

A further problem is that while danger is a constant companion for Largo Winch or even Tintin, beyond the opening books not written by Mythic, there’s never any sense that Alpha himself is any way even discomforted, never mind threatened.

Mythic sets up his plot well over the opening pages. These seemingly unassociated events receive an explanation midway through the book, harkening back to the era of cold war politics that’s informed all Alpha books to date. This time it’s a rather seedy secret that the CIA’s buried, and it’s coming home to roost as a delegation of Russian security agents arrive in Washington for a goodwill visit. Mythic leads the amateur sleuths among the readership a merry dance, leaving them confident they’ve figured out what’s going on. It’s very well played. If only he bothered himself with a touch more characterisation this would be a top class series.

An area about which there can be no complaint is the art of Youri Jigounov. He’s astounding, providing excellent page compositions, an attractive cast and decorative locales, all in an elegant clear line style. The series continues with The Envoy, but as yet that’s not been translated into English.