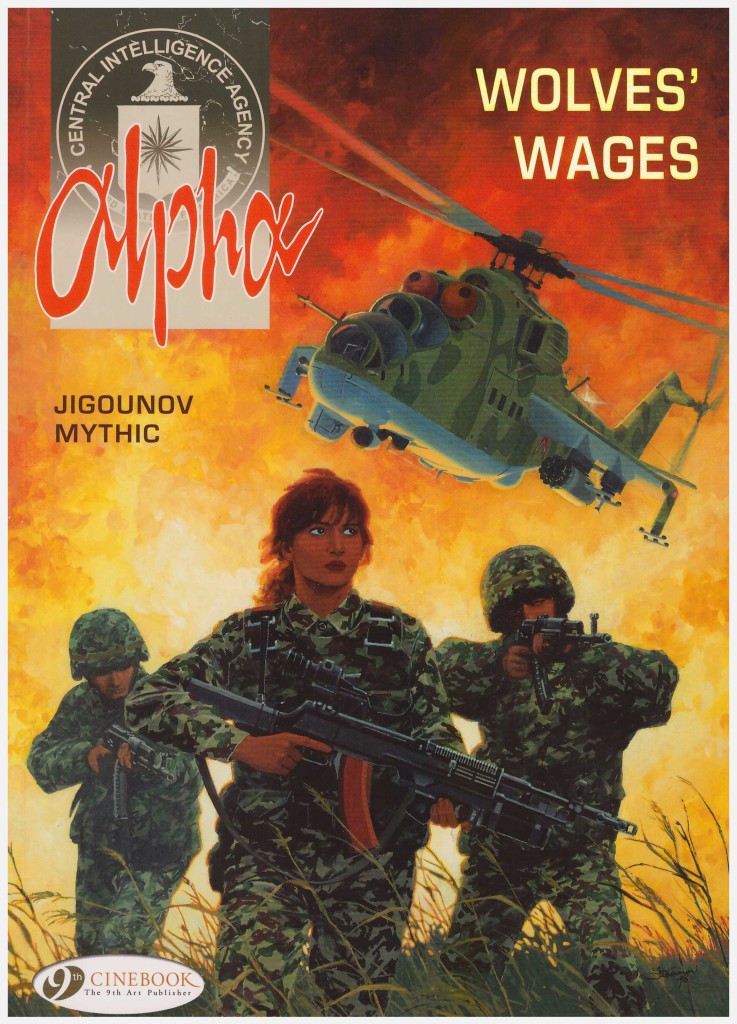 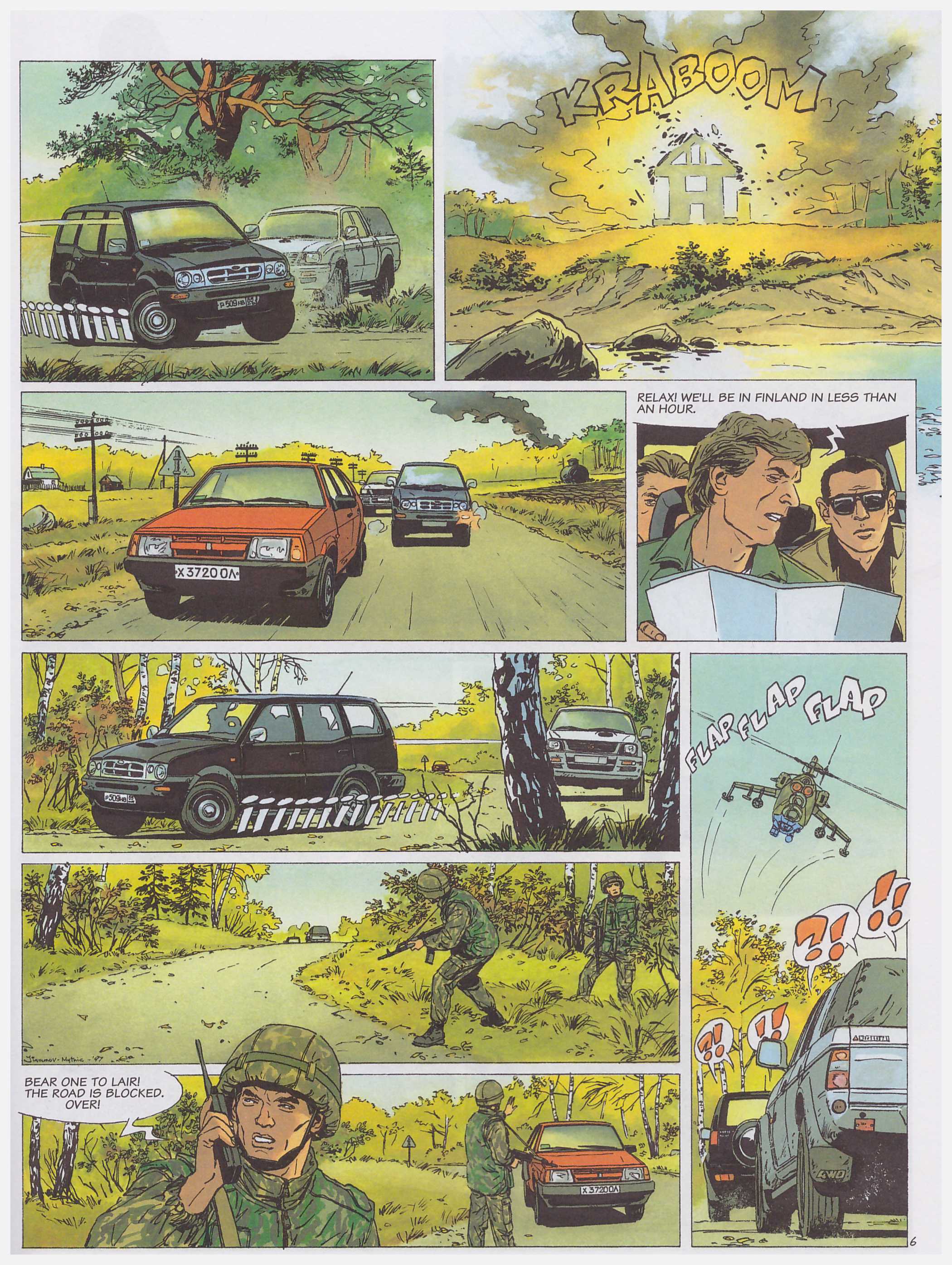 Jean-Claude Smit-le-Bénédicte is one hell of a name, which is why when writing his graphic novels he employs the pseudonym of Mythic. In the mid-1990s he was primarily known for the erotic fantasy series Aryanne, as yet unavailable in English, and in 1998 was handed the rather tricky proposition of concluding the first Alpha trilogy. Original series author Pascal Renard died at the age of 35 in 1996, having written the first two books of a densely plotted action thriller involving a wide cast, and multiple suspects regarding some missing millions. There were few clues in the previous The Exchange as to who might be responsible, so here at least Mythic inherited a relatively clean slate. On the other hand, Renard established a complex series of connections and relationships. Standing outside most is Alpha, covert during the first chapter of The Exchange until the final pages, but here given a far greater prominence.

Mythic’s approach differs from Renard. He’s far more content to let the pictures tell the story, and so he should be when graced with an artist as adaptable and proficient as Youri Jigounov. Just as in the first book, we have seamless storytelling, dynamic action and decorative scenery, and the characters are credibly delivered.

Still central to the plot is Moscow art gallery owner Assia Donkova, and Mythic makes good use of confusion bequeathed by Renard. Donkova has a childhood friend besotted with her, but she resists his advances. As he uses his mother’s maiden name for his social life, she is, however, unaware that he’s the son of notorious gangster Bogdanov, and also involved in criminal activities when not mastering Chopin’s études. Nor that he’s already been told by his father that she’s to be killed. Not the person, then, she should really be approaching when in dire straits.

Whether originally intended by Renard or not, there’s a good revelation about who’s actually behind much of what’s occurred, but that’s followed by a somewhat convenient conclusion. There are few minor glitches in translating to idiomatic English (“are you pulling the piss?”), and the title of Wolves’ Wages is somewhat awkward, but this conclusion is unlikely to disappoint anyone who read the previous book.

With the next volume, The List, Mythic remains on board, and is able to take the series in his own direction.