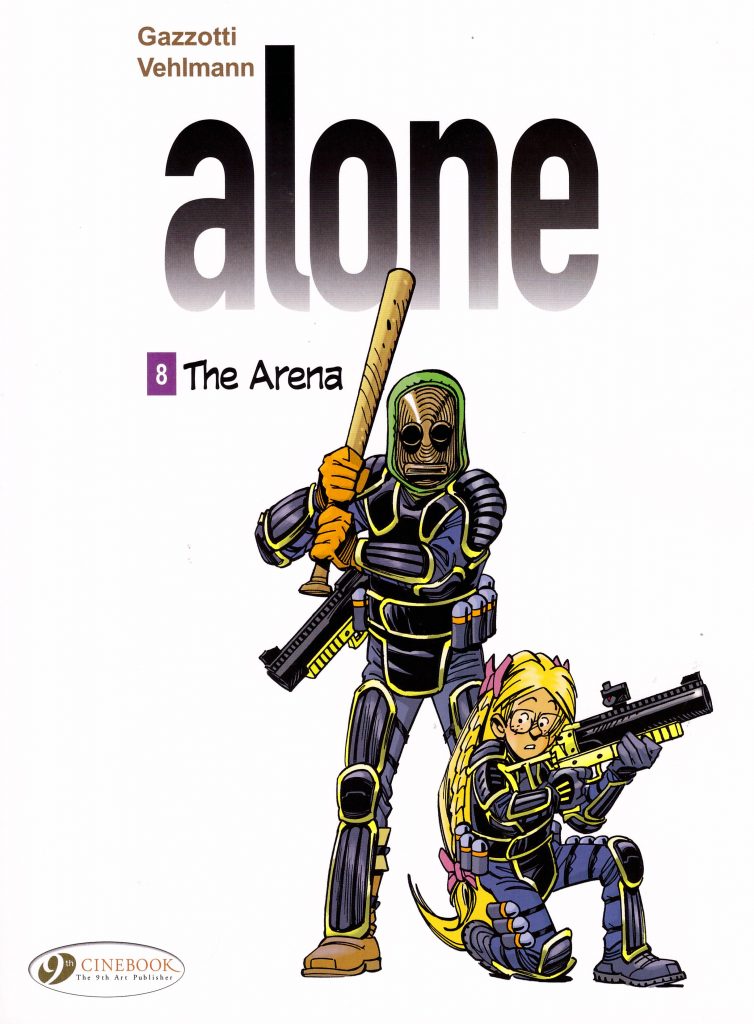 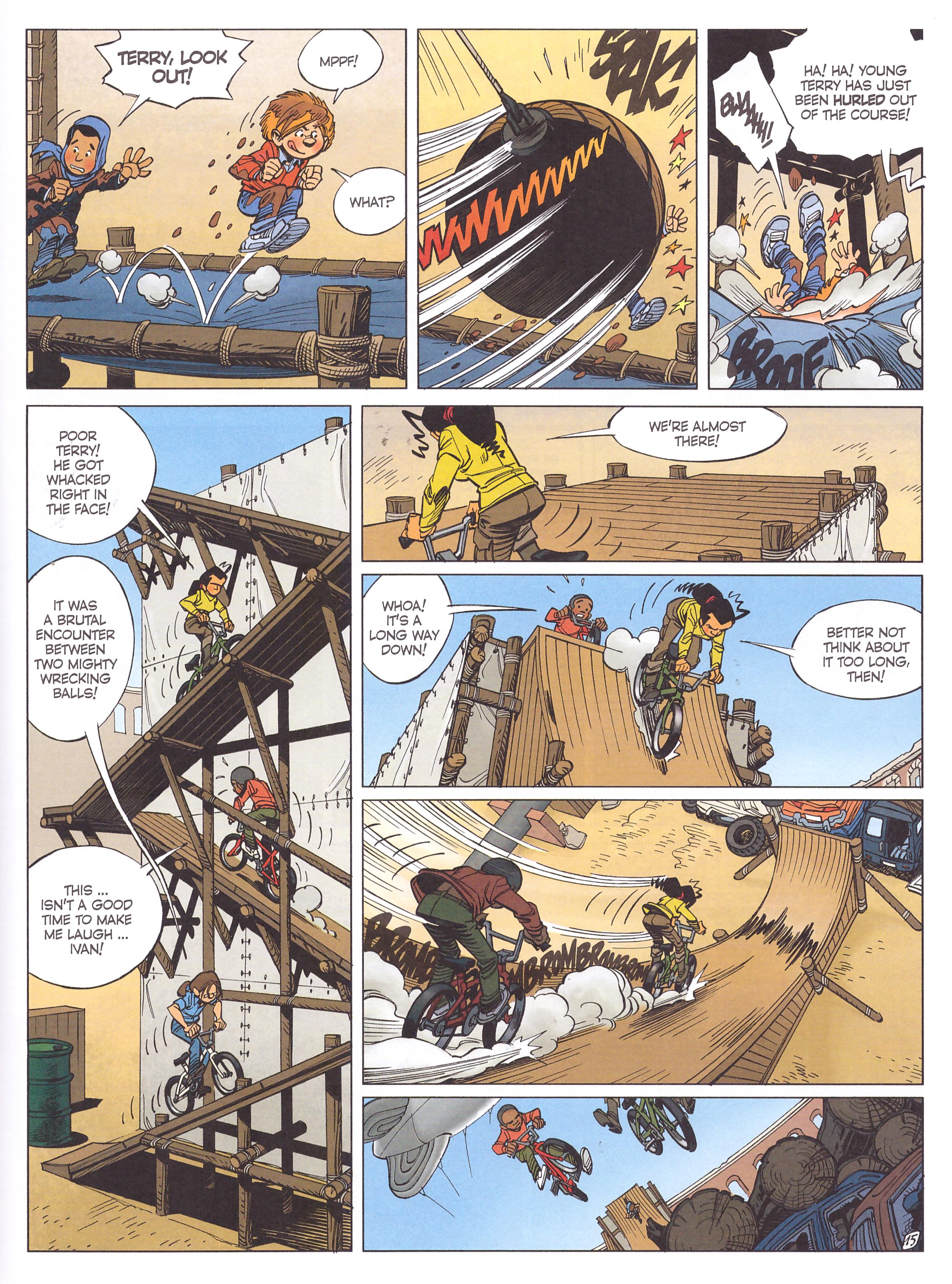 Right from the start Fabien Vehlmann and Bruno Gazzotti have maintained a base level of weirdness about Alone, and this has been very clever. At times, such as with the rhinoceros, there’s an inventive, but perfectly logical explanation. At others, the strangeness persists. What they’ve done alongside expanding the cast from the five children introduced in The Vanishing is build an entire list of questions we’d like answers to, and The Arena supplies a lot of those answers. For the first time it takes the cast beyond the city of Cambon as we discover where Serena and Alexander came from, and what they were trying to do from Clan of the Shark onward.

One answer that’s been more or less given already via the speculations of Anton in The Lowlands is spelled out early. Why are the cast in an almost deserted world, and one without adults? Because they’re “in the place where the souls of children who died in especially tragic circumstances go”. A lot more of what’s been surmised over the previous books proves to be true, and plenty of items mentioned in passing also have a relevance, particularly Ivan’s half-remembered comment about fifteen families.

When not supplying answers or tension via the deviousness of some cast members, much of the book concerns itself with a series of tests. There’s a video game element to some, but most resemble It’s a Knockout, or for a more recent generation of TV viewers, Total Wipeout. It gives Gazzotti a change of pace, and his constructions are imaginative, while simultaneously being something that pre-pubescent children could just about feasibly construct. Again, the cast broadens, and Gazzotti ensures we can differentiate the new members who’ll have a part to play.

More so than any other book in the series to date there’s a feeling of Lord of the Flies about The Arena, as Vehlmann’s newly introduced community presents the veneer of civility and due process concealing savagery. It could be Vehlmann’s commenting about a certain type of restrictive society, but if so it’s not his primary point. What is certain is that The Arena is a game changing volume now that almost everything has been revealed. The answers might not be to all tastes, but that shouldn’t affect much going forward as from the start Alone has drawn readers in via sympathy for the children involved, and that’s not going to change. Before the Midnight Child is next.