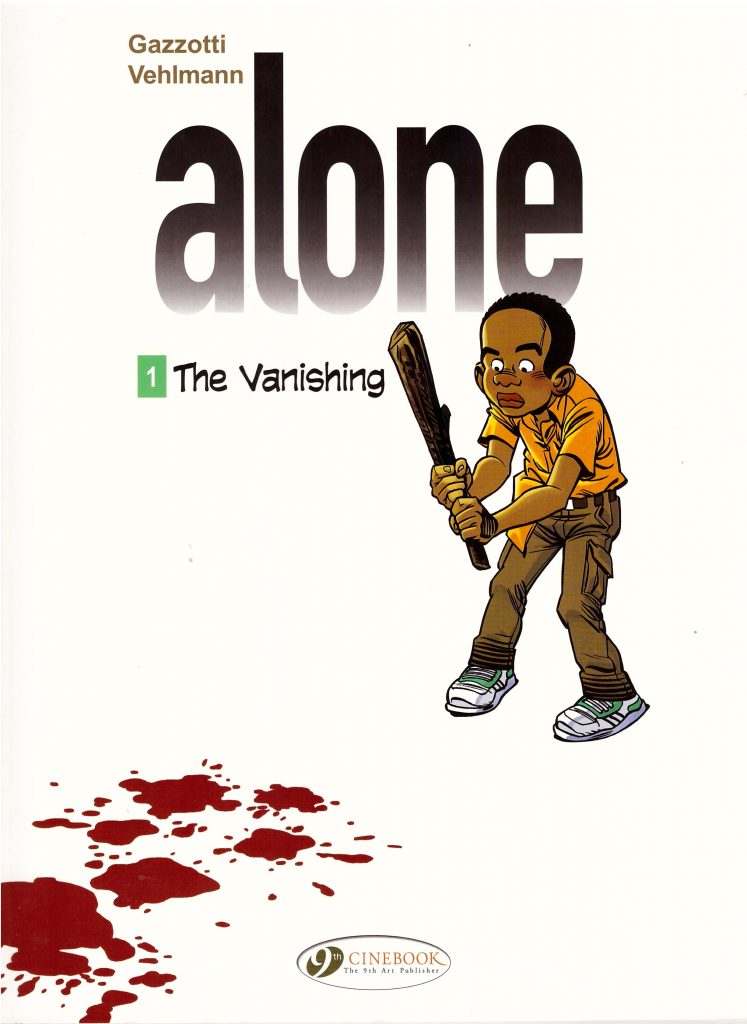 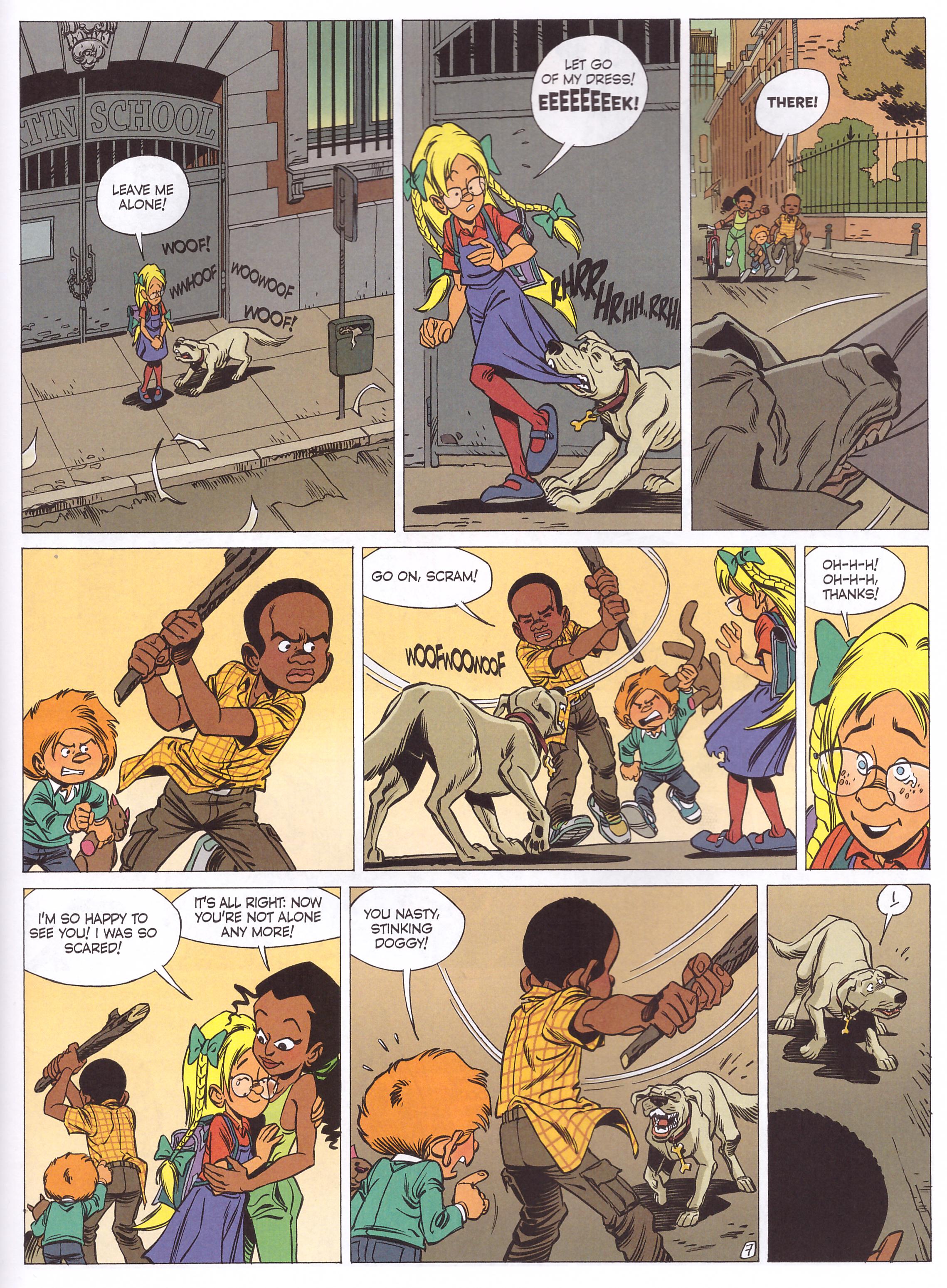 Alone begins with a brilliantly frightening concept. Overnight everyone disappears, and five children of varying ages awaken to discover this. It’s simple, effective and frightening, and earned The Vanishing 2007’s Angolême Festival Prize in the 9-12 youth category.

We’re introduced to the children on the day before the disappearance, a glimpse into their lives informing who they are. That’s Dodzi on the cover, newly arrived at an orphanage, and it’s hinted his past has been far from ideal. Ivan is perhaps the best equipped to survive in solitude as he rarely sees his parents anyway, while the technically minded Leila is frustrated at her father’s attempts to bond. Terry is the youngest, only just of school age, and with the appropriate emotional responses, while Camille has always been a diligent student, and studying is all she really knows.

Over eight introductory pages Fabian Vehlmann nails the essential personality of each child, while furthermore including playful portents of what’s coming. Bruno Gazzotti’s designs are distinct, and while working in the typical French cartooning style he’s able to add moments of visual character building that tell as much about the children as any narrative caption. By the end of The Vanishing its apparent that what the children already are provides the skills they’ll need to survive in an empty world. As long as they stick together, that is. Their group dynamic is excellent, with the older children having the ideas, but also having to drop into the role of parenting Terry. Out of necessity Vehlmann can’t provide depth for every character, as that would slow down the fast-paced plot, so it’s Dodzi that receives the most attention. He’s used to relying on his own devices, and the extent of how resourceful he is comes to bear near the end of the book. He’s secretive throughout, and when quizzed about an absence, a terse “stuff to do on the lower floors” is his response. Two pages later we learn what he’s been up to, and it’s superb.

While bonding, the children are faced with some potentially life threatening obstacles, and under clever writing and subtle cartooning this reveals their characters further. Disclosing specific threats would result in spoilers, but there’s an instance involving the destruction of a jewellery store that underlines the thought Vehlmann’s applied to the plot. In terms of the overall picture it’s a minor matter, but there’s a fantastic resolution, later logically explained, and it leads to a great illustration by Gazzotti.

Vehlmann and Gazzotti stick to the concept. Alone has filled twelve volumes in France to date, with seven so far translated into English, so don’t fixate on any rapid explanation for why the children are now the city’s only inhabitants. That’s the way in to a story that fulfils in every respect. You weren’t there when the first Tintin book was published, and probably weren’t around for the first Asterix either, but if the quality of The Vanishing is maintained, you’ll be able to say you picked up Alone near the start. Next is The Master of Knives. 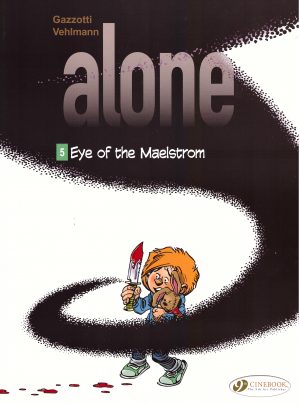