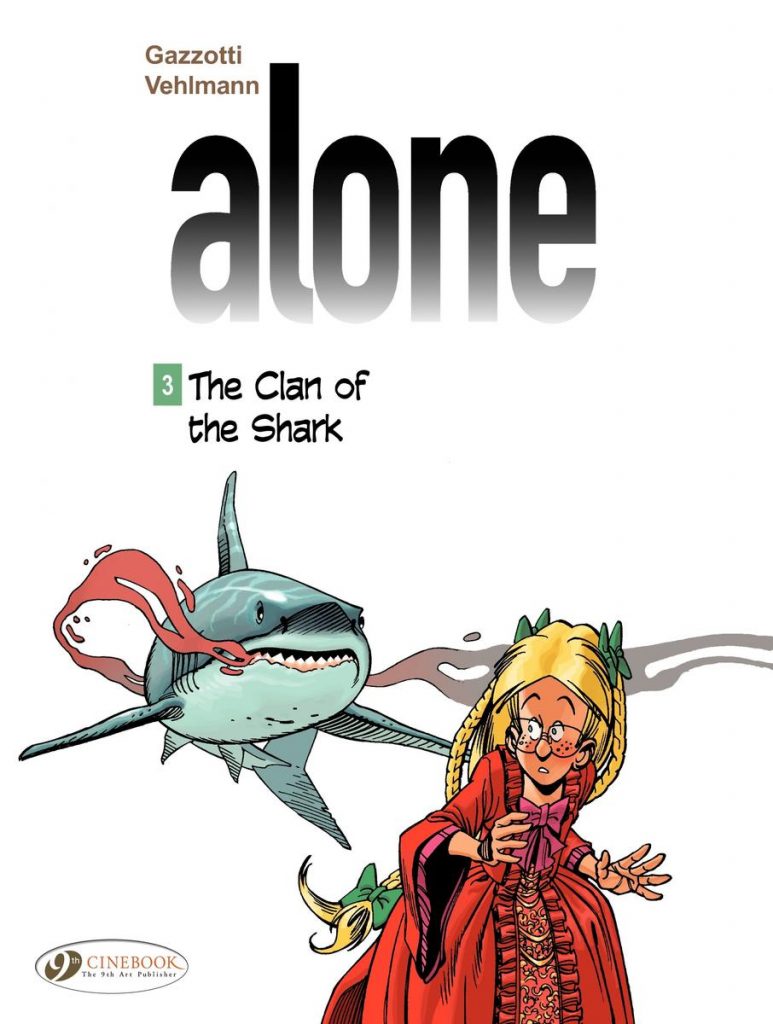 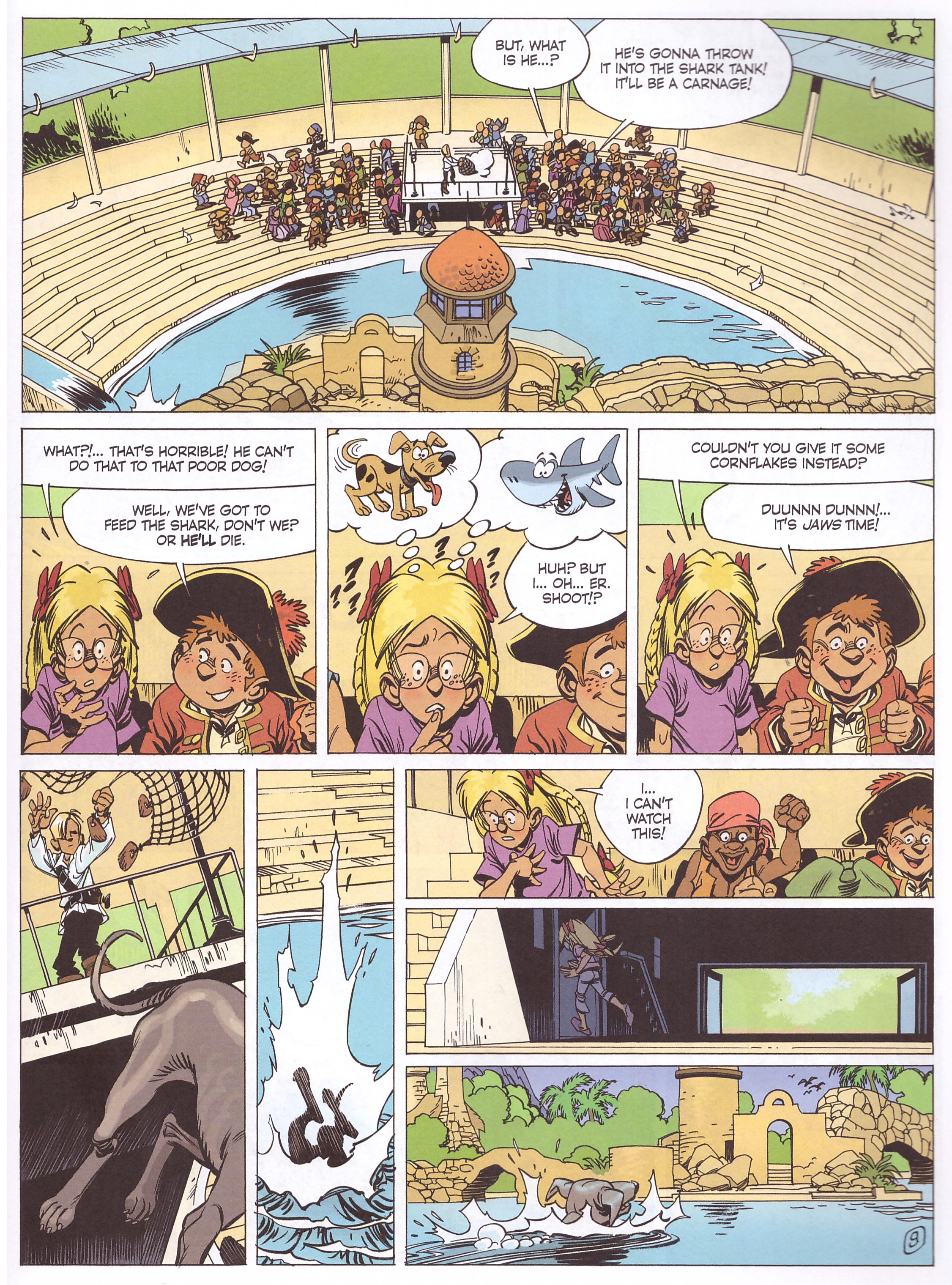 Over two books Fabien Vehlmann has been very careful to restrict his cast. Very few people are left on the planet, they’re all children, and to date we’ve only dealt with the main cast of five plus one dangerous other in The Master of Knives. That changes in The Clan of the Shark.

For reasons explained in the story, the regular cast have left their home town and while travelling meet other children, who take them to an entire community living in a theme park. The spirit of Lord of the Flies is invoked, although in all-ages fashion, as we meet Saul and the children he’s gathered. He’s eleven, with a powerful personality, a sense of entitlement, and some disturbing ideas about how humanity should overcome the current lack of adults. It’s the first time Vehlmann has given definitive ages for some of his characters, and presuming she’s telling the truth, Camille claims to be eight, which is younger than she appears in relation to the rest of the cast.

That, of course, is down to crack cartoonist Bruno Gazzotti, and it poses questions about how old the remainder of the cast introduced to date are supposed to be. That’s the only fault to be found with his children who’re otherwise brilliantly captured, with joyous expressions and a real vitality about them. As seen previously, Gazzotti is one hell of an artist generally, and Vehlmann’s scripts ensure locations and situations that show him at his best. There’s no Jewel in this book (although they’re back in The Red Cairns), but instead we have the shark, and here Gazzotti is mindful of his audience, taking the Jaws approach of suggestion rather than being explicit. The shark is only ever fully seen in a single panel, yet the threat of it hovers over most of the book.

Accelerating the sense of intrigue is that Vehlmann begins the process of addressing the bigger picture. Just how have the adults disappeared, and if everyone’s dead why are there no corpses? A boy introduced here has some ideas, and just before the end Vehlmann drops the bomb that there are some children who know for certain. Vehlmann’s been extremely good at foreshadowing. Comments from earlier books can be taken at face value, but may be picked up on in later stories, and it’s now apparent this is no random process. As an example, there’s a light bulb moment for Ivan, and it leads to a return to the city. He’s earlier been the topic of some interesting attitude adjustment: “I really have to wear this dress? I thought it was a joke”!

To date Alone has a modern updating of 1950s kid gang comics, featuring a tightly knit group with distinct personalities and an us against the world attitude, but with the series parameters established the cast is now expanded to good effect.

Alone is a modern day classic children’s story, perhaps sometimes with a greater element of cruelty than traditionalists might be comfortable with, but constantly engaging, with a broadly likeable cast. Don’t miss out.