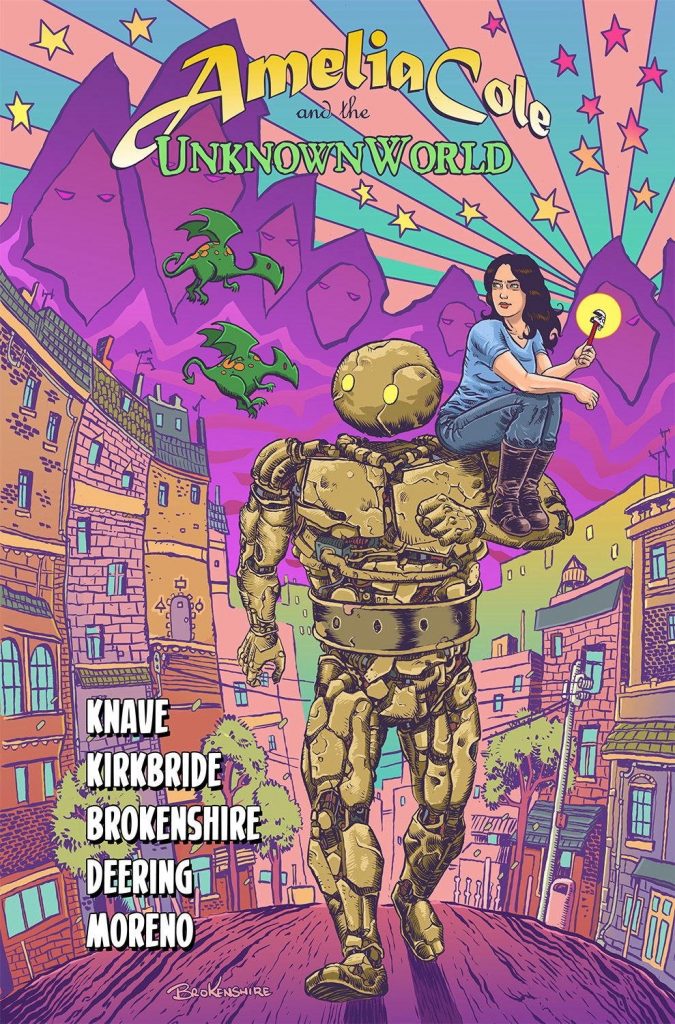 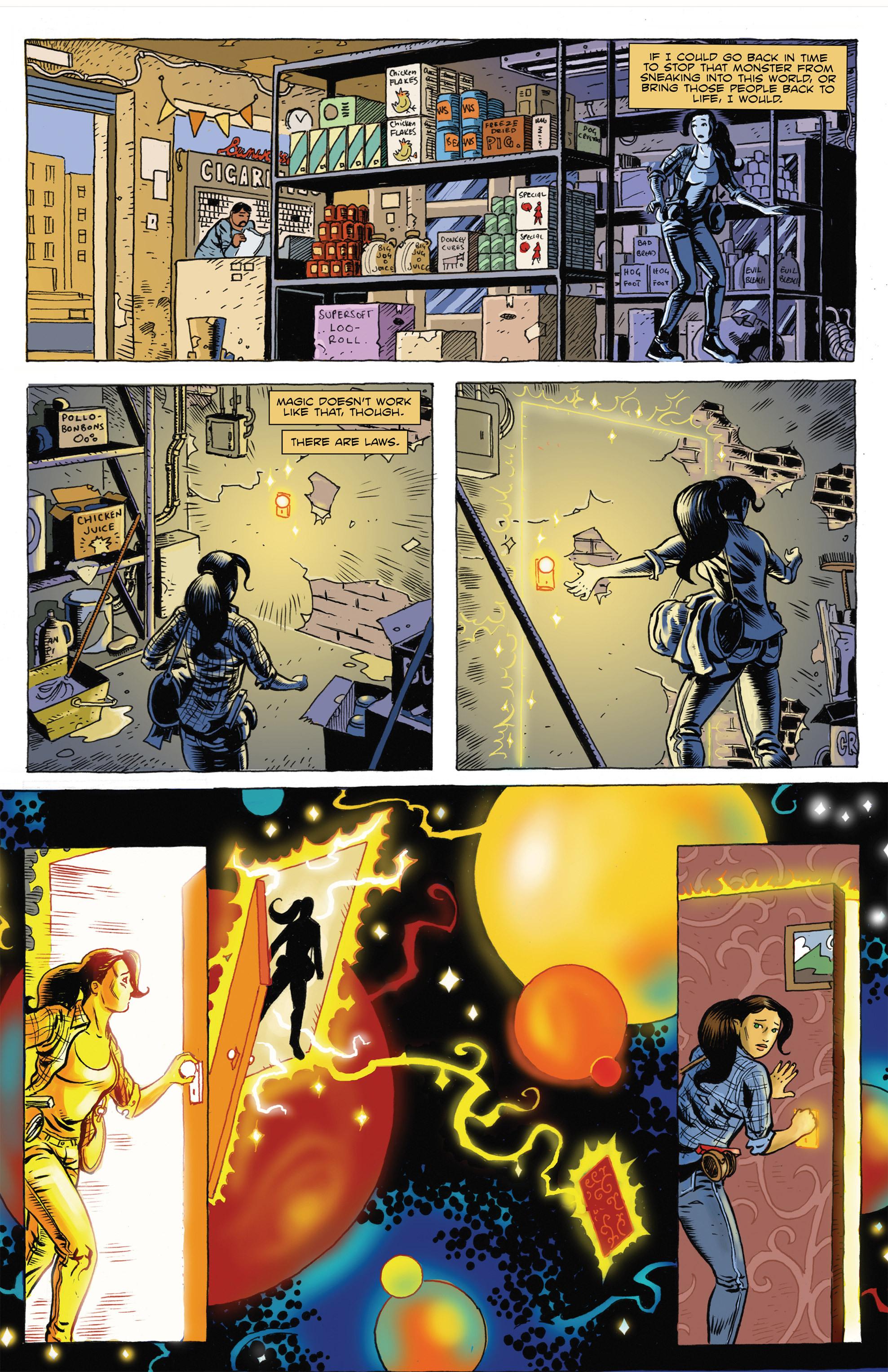 As far as Amelia Cole is concerned there are two worlds. There’s Earth, where she believes she comes from, and an equivalent where magic is prevalent, where her Aunt Dani lives, and to where she’s able to transfer herself via travelling through dimensional doorways. This is frowned on by the magical authorities, and has loosened the barriers enough to have let loose a magical monster on Earth. On an unfortunately tragic day Amelia discovers there’s actually another world, and that’s where she ends up, discovering that magic is possible, but it’s restricted and controlled. On the other hand, she seems a lot more powerful than she has been.

It’s noticeble how Nick Brokenshire becomes a better artist as the story continues. A good sense of layouts is apparent from the opening pages, as is a pleasure in adding depth to his illustrations by detail, and a gift for natural expressions on people. A few problems with perspective and anatomy are rapidly countered, and a joy of the book is seeing what’s on every page. Although the style is different, there’s something of Bernie Mireault about his art. Perhaps it’s the colour.

A nice aspect of Amelia Cole is how the writing team of Adam P. Knave and D.J. Kirkbride just dive straight in, with introductory pages of Amelia being chased down the street by a demon and using a wand to defeat it. It tells us everything we immediately need to know about Amelia. After a little more explanation they complicate matters inordinately by transporting her to the unlnown world, and there she remains for the rest of the book, with the writers having a finely balanced and gradual approach to revealing truths. We know Amelia is sixteen, but she doesn’t seem much older, and another nice touch is how the writing ensures readers are constantly a half step ahead of Amelia herself. She’s surrounded by a likeable supporting cast, and there’s an appropriately sinister mood perpetuated via the involvement of the city’s Protector and the administration he’s answerable to. Best of all is the Lemmy the Golem, a brilliant concept accompanied by great design work from Brokenshire. That’s it on the cover, if you’d like a sample.

By the end of the book we’ve had a good story, while Amelia has settled into a new world and discovered quite a bit about it, and somewhat less about her own past. Much has changed, yet there’s plenty more to be revealed, and it continues in Amelia Cole and the Hidden War. One more thing. The graphic novel titles are deliberately contrived to subconsciously hint at another teenager who knows their way around a magic wand, but to consider that does Knave and Kirkbride a disservice. There’s enough originality about their work to ensure it stands separately, while having an appeal to those who want more reading about magical worlds. If you’d prefer, the entire series is available in the massive Amelia Cole Omniubus. 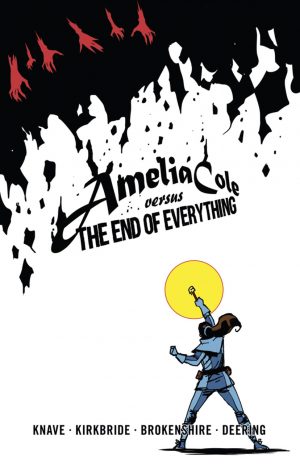