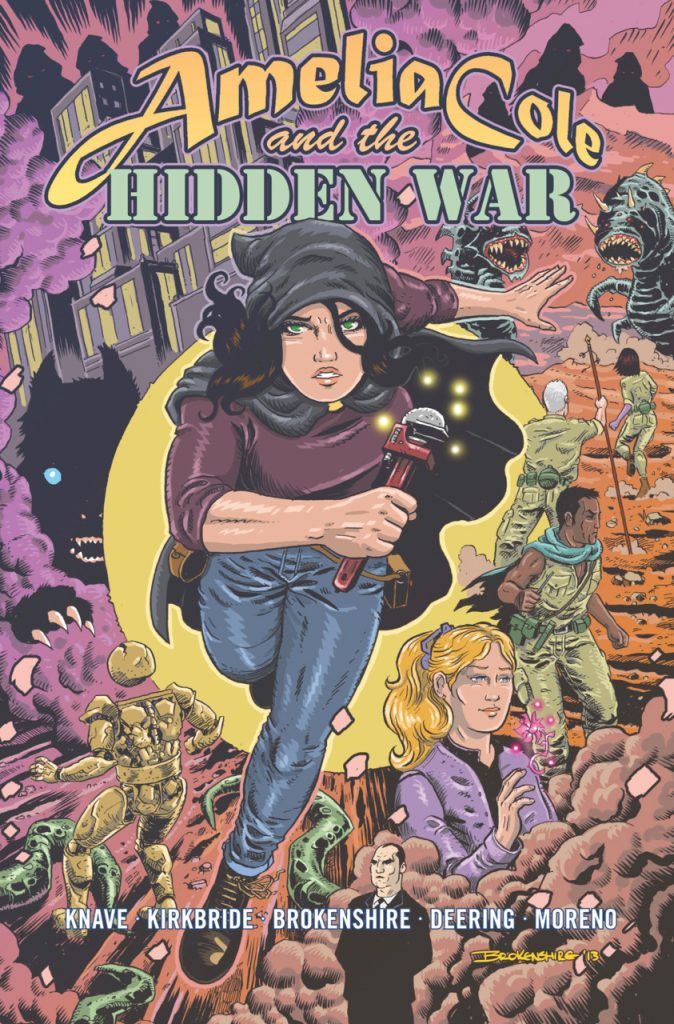 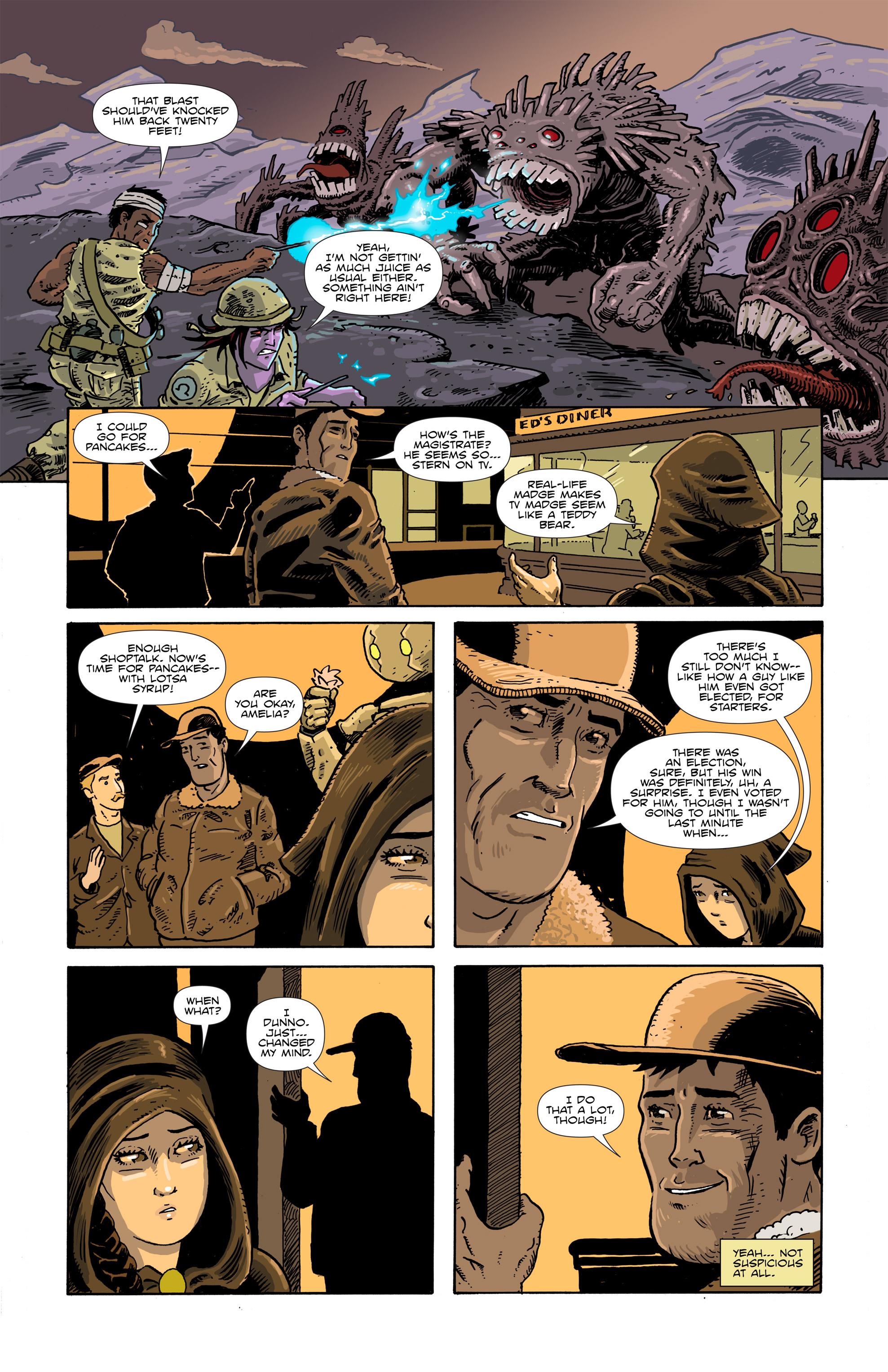 This much we know: Amelia Cole was raised on a planet like Earth, but where magic prevailed. She split her time between her home and Earth, always believing them the only two worlds until she found herself on a third and unable to return to either. Her magical skills seemed amplified, and when it came to it during Amelia Cole and the Unknown World, she proved stronger than the world’s Protector, and eventually took the job herself. What she doesn’t know is that the Magistrate for whom she works serves other, malign beings, and accompanied by the golem she created, Lemmy, she’s enforcing the law on a world where magic is forbidden to all but the few.

Adam P. Knave and D.J. Kirkbride don’t go very far in answering any questions raised in the first Amelia Cole book, and while there’s a new mystery to be solved, to a degree that relegates The Hidden War to marking time. That previous Protector, Hector by name, still has a part to play. He’s been assigned to a company of magical troops sent to destroy a bunch of monsters on the fringes of the city who’re draining magic. This isn’t an easy task, and with this element the writers add a form of odd war story to the ongoing plots.

Nick Brokenshire is now the full artist. His storytelling, visual characterisation, and designs are all first rate, and he’s still packing the backgrounds with detail. These sometimes take the form of little visual jokes such as a teenage boy’s infatuation with Amelia, or homages to other artists. His Amelia is convincing as a girl still not out of her teens and as her relationship with Lemmy is well illustrated.

By the end of the book a few discoveries have been made, but the story continues into Amelia Cole and the Enemy Unleashed when both books would have been better combined. They are in the Amelia Cole Omnibus, which collects all Amelia Cole material.