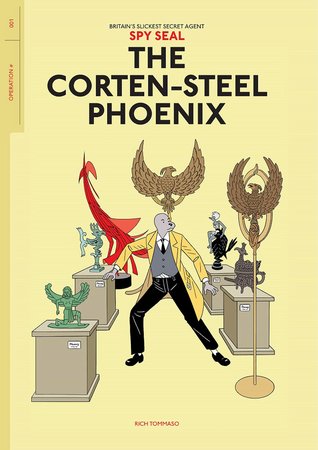 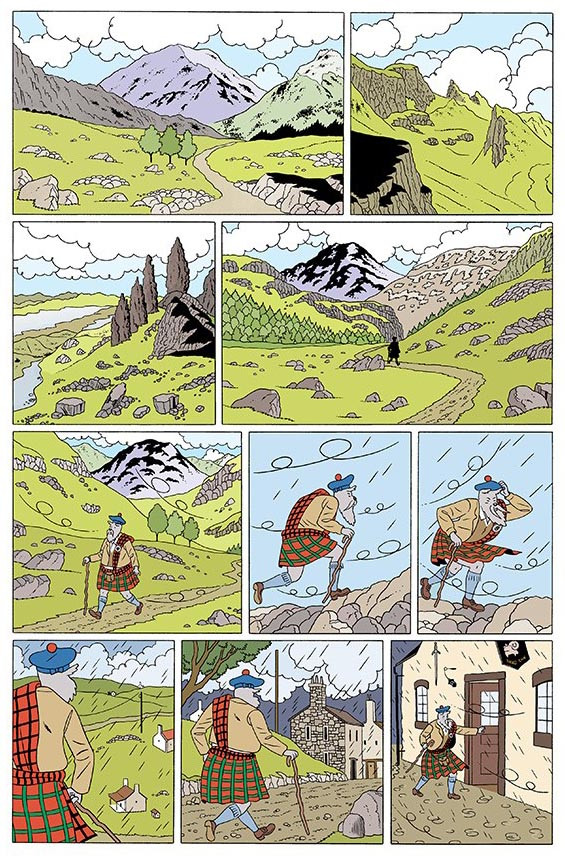 Rich Tommaso’s Spy Seal is a Cold War, James Bond-type spy thriller starring anthropomorphic seal Malcolm Warner as Britain’s Slickest Secret Agent. An altercation at an art show between MI-6 and Russian spies leaves an unemployed Malcolm with a new opportunity – to be a spy! He teams up with seasoned veteran Kes, an anthropomorphic bird, to decode the secret of the phoenix and catch a dangerous double-agent terrorist.

Tommaso maintains an exciting storyline with classic spy thriller scenes such as car chases, plane crashes, and secret tunnels. However, the anthropomorphic nature of the book deepens the characterisation and adds humour to the quirky plot by enhancing different stereotypes of the animal based characters, and offers hilarious breaks in the spy tale. Kes and the other bird characters refer to their arms as their wings and are able to fly; the Caiman brothers are incredibly vicious and aggressive, and a scene in the cargo car of a train has a fish businessman reading a book inside his giant fish bowl.

Perhaps most importantly, Tommaso’s art, colouring and style prove that Spy Seal is a love letter to Hergé’s The Adventures of Tintin. The shadowless ligne claire, or clear line style, created by Hergé is ever present in Spy Seal’s cartooning, against an incredibly detailed background, and the flat style mixed with the bursts of colour on each page are obvious homages to Tintin. Tommaso even blatantly reproduces the costume from The Black Island, as Malcolm dons a kilt and searches Scotland for Blackwood Castle, and like Tintin, Malcolm speaks Scots dialect in order to locate the castle. Tommaso even plays with the speech bubbles to give them a more Hergé feel. Sometimes, instead of words the speech balloons will have a heart, a skull, or other symbols that suggest emotion. These homages are thoughtful, well done, and delightful to readers familiar with the magic of Tintin.

Spy Seal manages to not only blend three distinct genres – spy thriller, anthropomorphic comic, Tintin homage – but to do so exceedingly well. Readers unfamiliar with Tintin or the “talking animal” genre are still immersed in an action-packed, well-written thriller. Spy Seal has the correct balance of action and humour. If Hergé had ever dabbled in the spy thrillers, this is what it would look like, beautiful and uniquely entertaining.