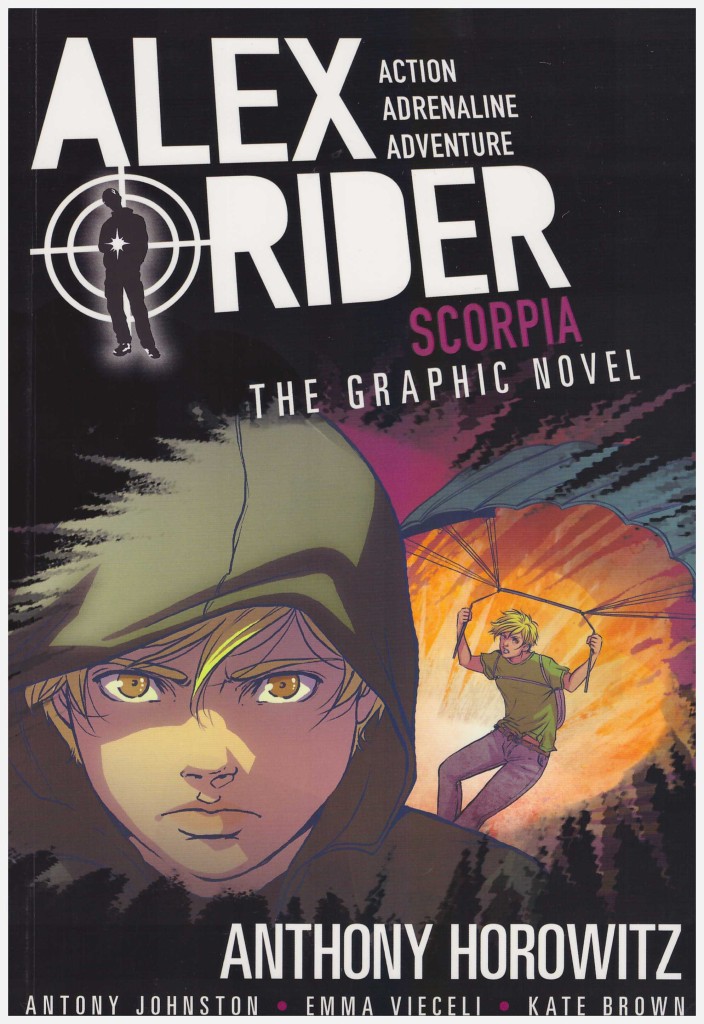 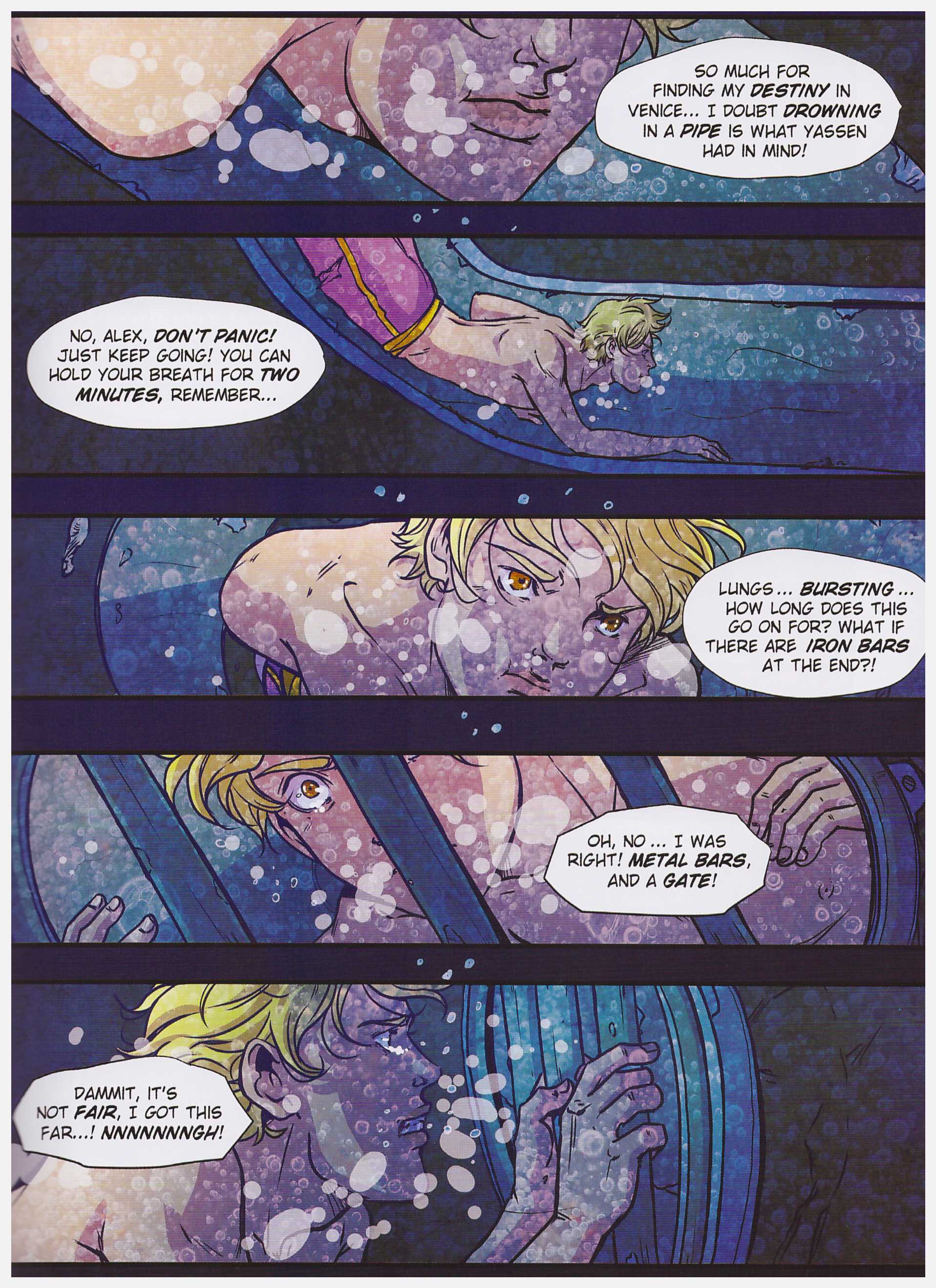 It’s an unfortunate welcome for the new artist Emma Vieceli as Scorpia is the weakest of the Alex Rider graphic novel adaptations to date. This isn’t just down to the difficulties of transferring from one medium to another, although that plays a part, but also to elements originating in Anthony Horowitz’s children’s novel.

After three consecutive books of Horowitz utilising variations on the same plot structure, Eagle Strike was a successful step away. It maintained the thrills, but introduced a greater tension via unpredictability, and there’s no return to the original template here. Scorpia begins well with Alex in Venice on a school trip, and builds on elements revealed in its predecessor to present an Alex Rider uncertain for the first time. This, though, never convinces.

A simultaneous problem is the lack of action. It’s only in the closing pages that we have a widescreen action sequence, whereas previous books have scattered them throughout. The detection based plot of Scorpia necessitates page after page of talking heads, through which suspense is minimal, and these are are accompanied by some clumsily inserted pages of explanation. Further diminishing the enjoyment is the lack of humour that’s characterised the previous books. This is meant to be a soul-searching Alex, a dip into almost adult conflicted emotions, but without that being credibly presented it sucks the life from the story. The intended satirical elements never entirely come off. Given we couldn’t have the potty-mouthed Malcolm Tucker in a children’s book, the government spin doctor, for instance, could still have had more bite.

To this point most of the drawbacks can be considered problems with the original novel, but Antony Johnston’s scripting also falls flat. Awkward phrasing is, if not frequent, then certainly not uncommon. Is “Blimey, this is some welcome. What’s going on guys?” the speech pattern of a 21st century footballer? To cap everything (and with the blame again extending in Horowitz’s direction) the eventual demise of a villain isn’t credible, even for a kids’ book satirising action movies.

This is all a shame, as Alex Rider has been an impressive series to date, and Emma Vieceli’s layouts are marginally better than the previous artwork. She still prioritises faces in close-up, but there’s a greater emotional content to her art.

Unlike those previous books, there’s a shock ending, which will presumably be picked up when the graphic novel adaptation of Ark Angel is published.