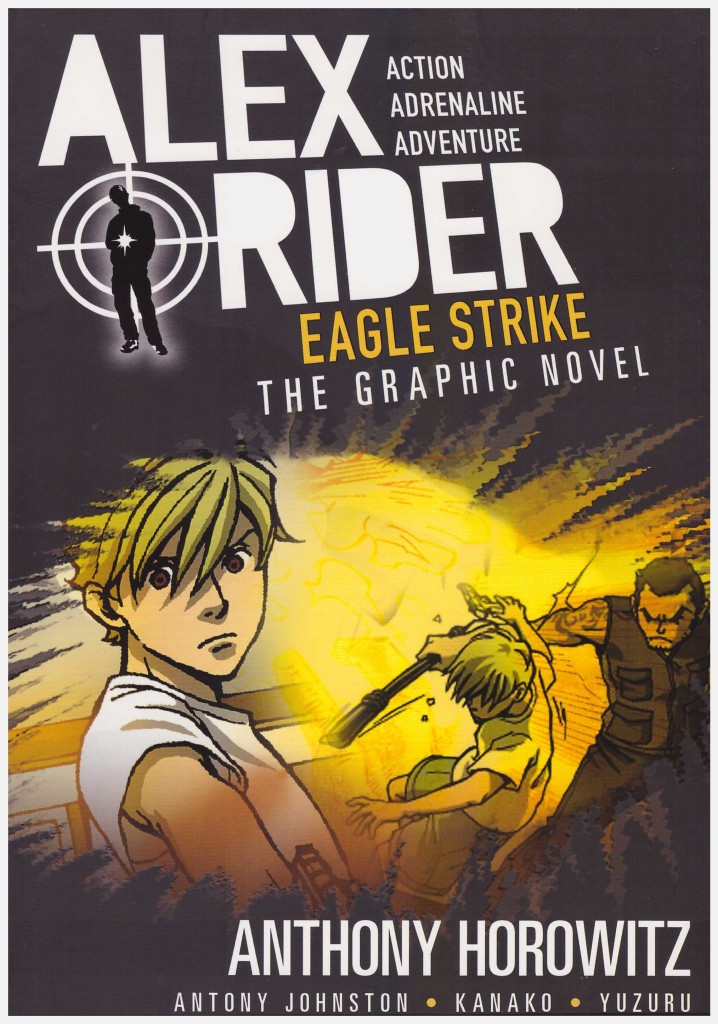 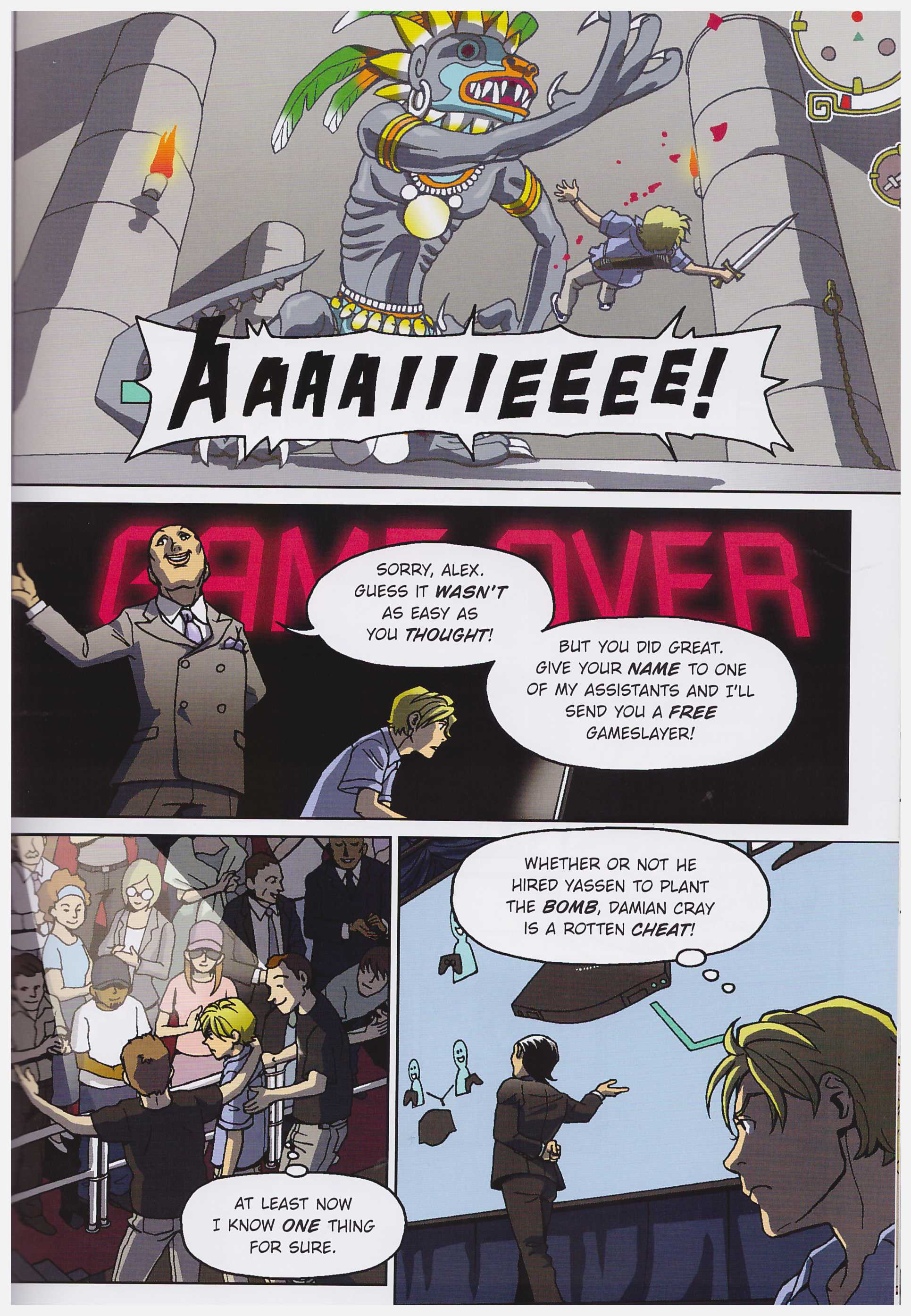 A series that was in danger of dropping into formulaic repetition has been whipped away from peril by the best plot presented to date. Eagle Strike has minimal interaction with MI6, yet is all the better for that, returns an adversary from opening volume Stormbreaker, and returns the imagination.

Alex Rider is on holiday in France with Sabina Pleasure’s family, Sabina being one of the few people with whom he can be honest about his accomplishments. Recognising the familiar face of Russian assassin Yassen Gregorovich involves him in an affair endangering the Pleasure family, and which concludes with Alex learning what may or may not be a few unsavoury truths. This is set in the world of espionage after all. It’s a lot for a fourteen year old to take in, no matter how intelligent and capable, and sets him on the path to a continuation in Scorpia.

Yuzuru Takasaki once again lays out and pencils the art, which is then finished and coloured by Kanako Damerum. Their look has characterised the series to date, but the limitations are displayed by an apparently unconnected chapter that opens the book. It’s actually extremely relevant to the final revelations, but due to the generic manner of illustration most readers won’t realise the identity of a person who later features. Neither is the style very decorative. Yuzuru’s barely provides any background detail, and this is a lost opportunity when an Aztec jungle setting is featured.

Where Yuzuru and Kanako are good is in ensuring the moments of extreme violence that punctuate the story are presented in a fashion that won’t greatly disturb. There is blood, and it plays a part in the plot, but overall their subtlety is appropriate for books aimed at young teens.

Anthony Horowitz achieves the difficult balancing act of both not straying too far from expectation, yet also providing surprises and twists that even adults won’t see coming. There is the usual obvious villain, this time Damian Cray, billionaire former pop star knighted for his compassionate charity work, and an amalgam gleefully cobbled together from assorted real world analogues. Adapter Antony Johnston transfers Horowitz’s slimy creation in all his odious glory. When asked about the effect of violence on children in the video game he’s launching Gray responds “Well we did develop a game where the hero collects flowers and puts them in a vase, but strangely none of our testers wanted to play it.”