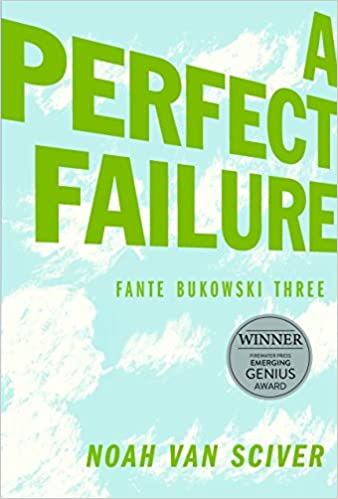 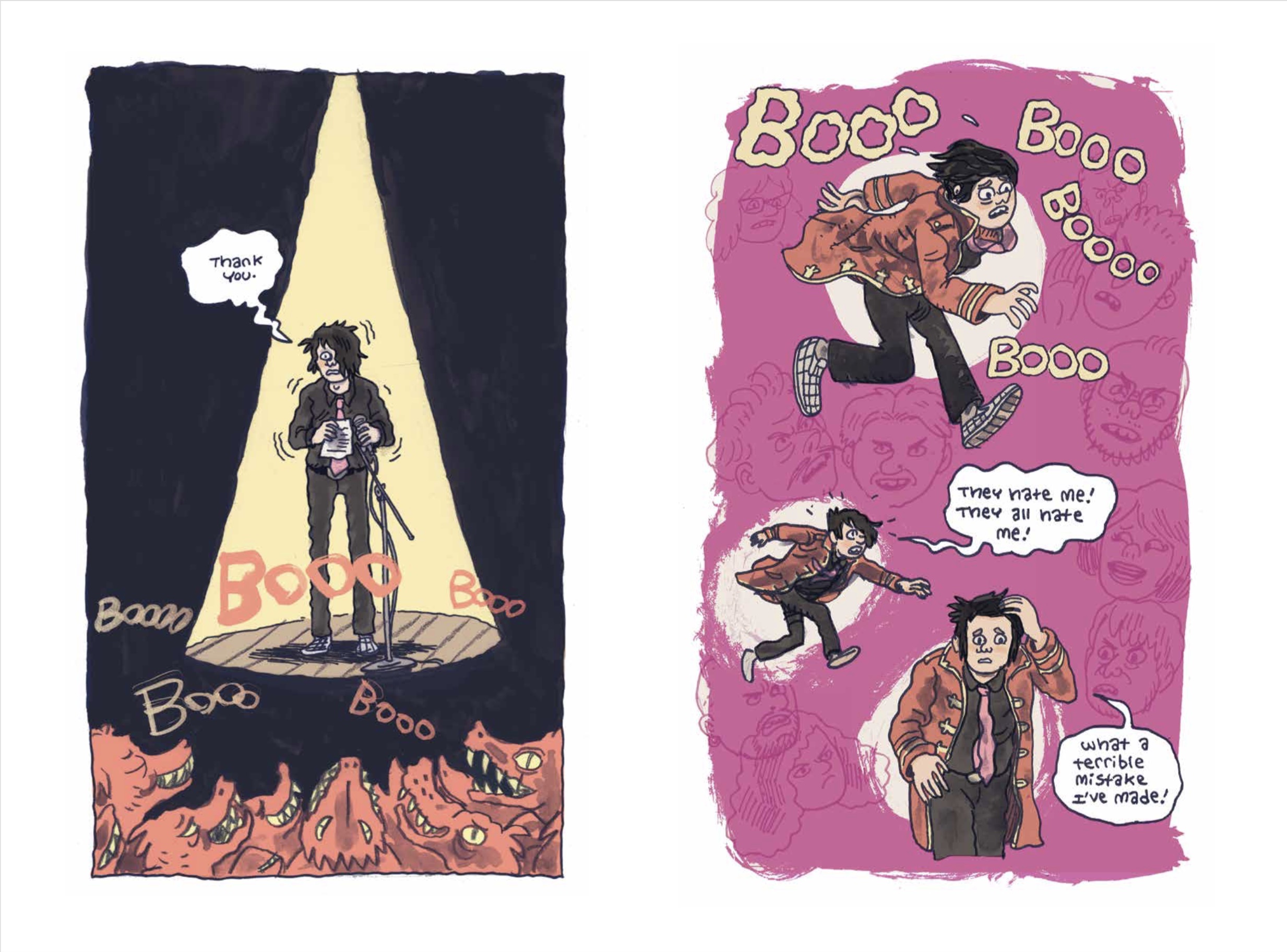 The first volume was a short sharp satire of Fante’s acerbic reflections on, and dysfunctional engagement with, the literary world. Yet Van Sciver wove this into a story about Fante’s promising relationship with published writer Audrey, and his disintegrating relationship with his parents. He deftly juggled sardonic observations, with poignant moments, and laugh-out-loud humour. That first volume may have seemed to exhaust the idea, but Fante Bukowski Two, convincingly developed the premise over a full-length second volume. So, is there mileage for a third?

A Perfect Failure opens with Fante still in Columbus, Ohio, with its (we’re assured) “vibrant literary scene”, and being interviewed for the local paper. Surely his star is rising? No, the reporter reminds him, it’s really about the Zine-Fest, he’s just doing some author profiles, and again no, he doesn’t need a photo. Zines though – Fante has an epiphany – are the sure-fire solution to both jealous editors, and earnings.

To refresh the franchise, Van Sciver replaces Audrey with ‘Lady,’ sex worker to the literati, who serves as both ‘love’ interest and, perhaps unofficial agent. Performance artists Norma and friend/rival Jacq expand the focus to other fields of marginalised expression, providing a further rich source of satire. “Performance art’s not about money!” Norma deadpans, “It’s about my ego!”

Another new element, is an extended series of flashbacks to (the then) Kelly Perkins’ backstory. A mere “four years” earlier the bearded, middle-age-spreading Fante was an aspiring Emo songwriter and musician. This strand provides some of the most charming scenes, including Kelly sheltering a family of raccoons in his parents’ loft. This is also funnier for never mentioning that their dark shrouded eyes evoke kohl-smeared Emos. Rebellious Kelly probably wants his father to dismiss his chosen genre, but surely not with the devastating “fifteen years out of date”… Oooft! Kelly’s Emo ‘career’ comes to an end when, his bandmate both quits, and fails to lend his “more beat-up looking” guitar. This necessitates a solo a cappella performance (pictured), and a revelation of the erstwhile Kelly’s true calling.

Other flashbacks, to Kelly’s stint at the Perkins’ law firm are less fruitful, and add little to previous mentions. However, his hate-my-job grousing in the local, does prompts one of the barflies to pass on his library, including the eponymous John Fante and Charles Bukowski… Cut to Fante finally securing a book deal: he is to ghostwrite a ‘rags-to-riches’ biography of a Disney starlet. Surely he is exactly the person for the job…?

The semi-autobiographical novel about a struggling artist, is a long established genre (Kunstlerromane), a variant on the coming of age novel. This requires the protagonist return home wiser for his travels and experience. True to form, Fante is summoned home after his father, target of bitter poetry, has a stroke. Their final encounter could have been mawkish, but Van Sciver once again deftly juggles poignance and humour.

This third volume is less snappy than the first, with perhaps fewer insights into writing than the second. Nonetheless, there are countless killer lines, and moments of real pathos. Two was well plotted, but here it’s almost too well plotted as Van Sciver gives a cause and effect for everything, and ties up every last loose end. However this does yield a sweet final twist. It’s collected with the previous two stories as The Complete Fante Bukowski.