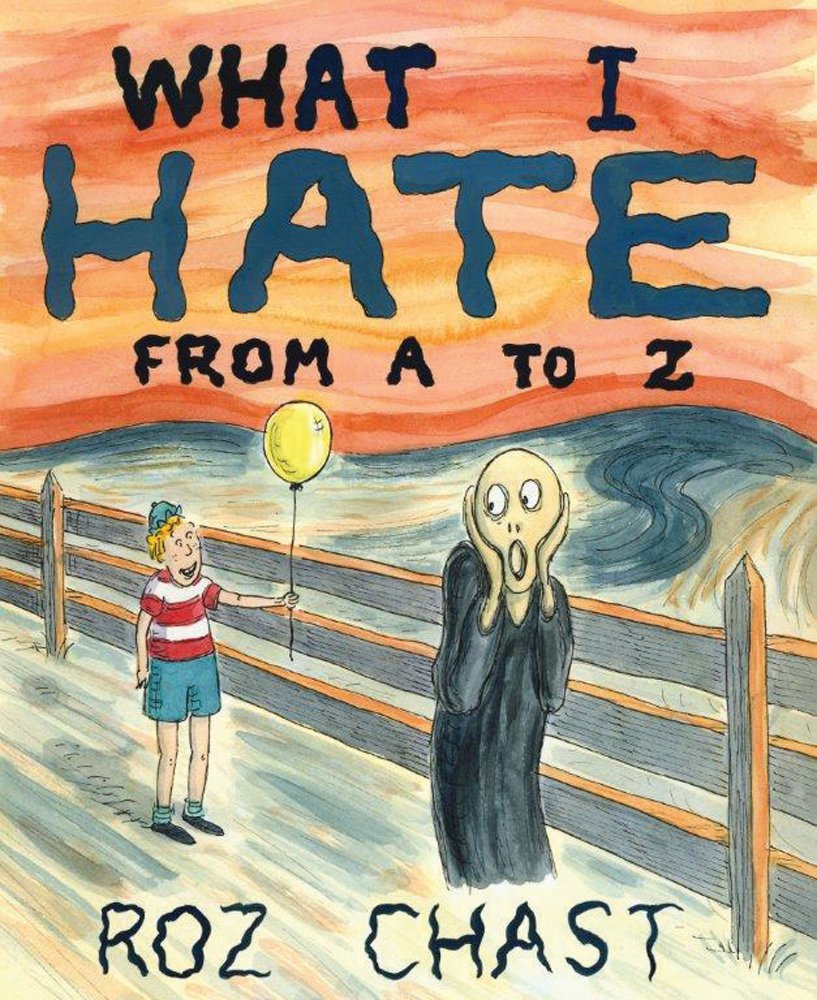 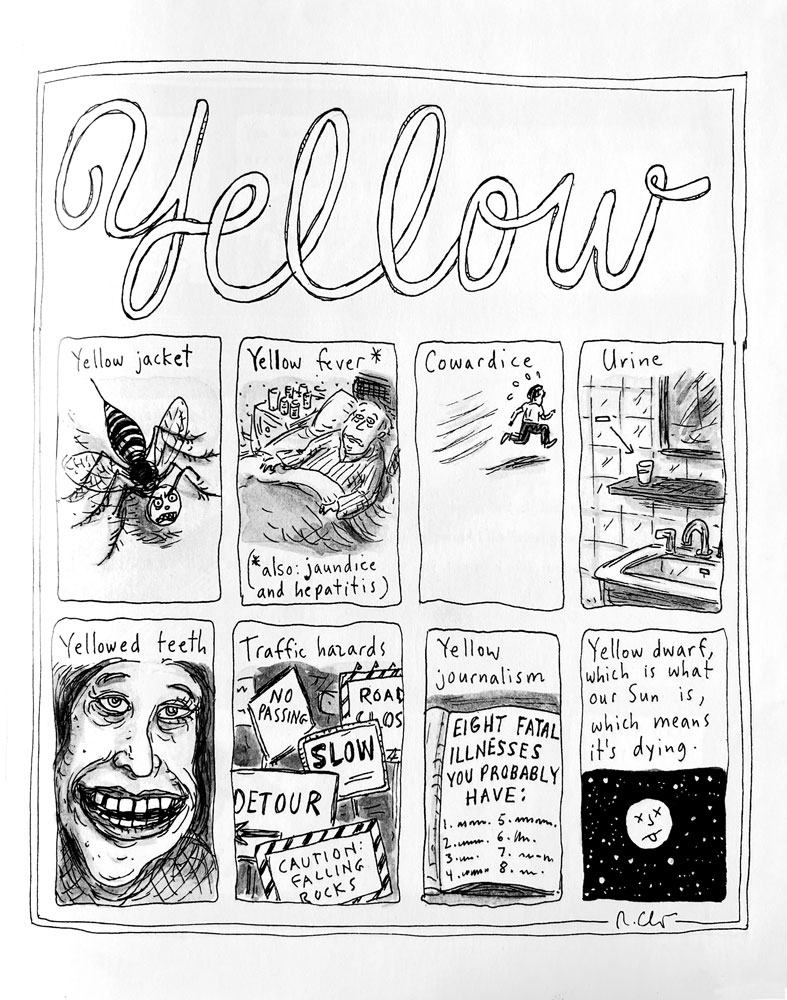 Roz Chast’s bestselling Can’t We Talk About Something More Pleasant? and Going into Town both chronicle her family life in New York with the city as much a protagonist as the people themselves. Those two books represent a progression from her previously typical mode of short strips and single-panel cartoons with abstract jokes, collected in the generously-sized Theories of Everything: Selected, Collected, and Health-Inspected Cartoons, 1978-2006. Somewhere in the middle between these two poles of her work is What I Hate: From A to Z, which is another collection of short cartoons, but with one unifying theme connecting them all via an alphabetical list. As she explains in her foreword, “sometimes when it’s taking too long to fall asleep, and I’m sick of my thoughts running around pointlessly like overtired, sweaty, cranky children, I play the Alphabet Game in the hope that as I am playing, all those thoughts will settle down so I can get some sleep. Here’s how you play: Pick a category with which you are at least slightly familiar and try to list one thing per letter in alphabetical order. … As often happens when I’m lying in the dark, my thoughts shifted to various “concerns”, The word my father used for his anxieties. … I wondered whether I actually had an aversion for every letter of the alphabet. It turns out I did.”

Each item on her list is accompanied by a page of commentary, beginning with A for Alien Abductions: “For many years, I thought that people who claimed to have been abducted by aliens were either desperate attention seekers or just nuts. … I changed my mind after attending an abductee conference. Maybe they were lunatics, but that doesn’t mean they weren’t onto something,” and ending with Z. What happens after Z? “Maybe you start again. Or maybe you immediately begin a new alphabet. Or maybe nothing. I don’t like to think about it.”

If you can’t identify with the kind of person whose mind wanders to the terrors of spontaneous human combustion, stepping into quicksand or getting rabies from dogbites, you might as well skip this book. There’s nothing in it for you. More sensitive types will find plenty to recognise here, and probably some new things to to be obsessively concerned about they’d never considered before. Now that’s value.