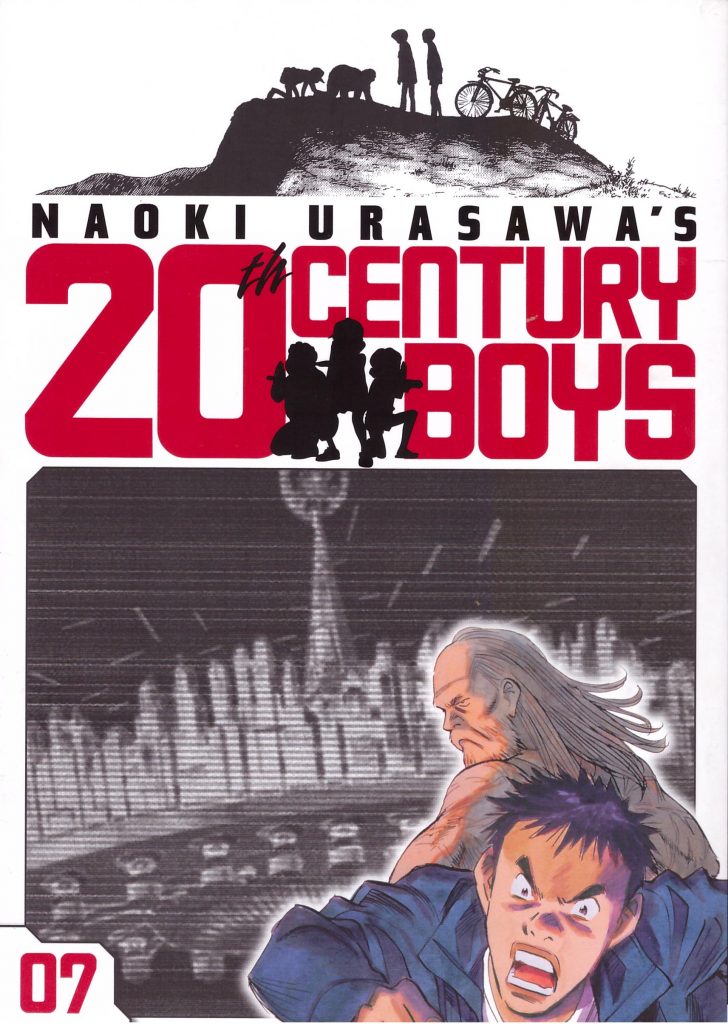 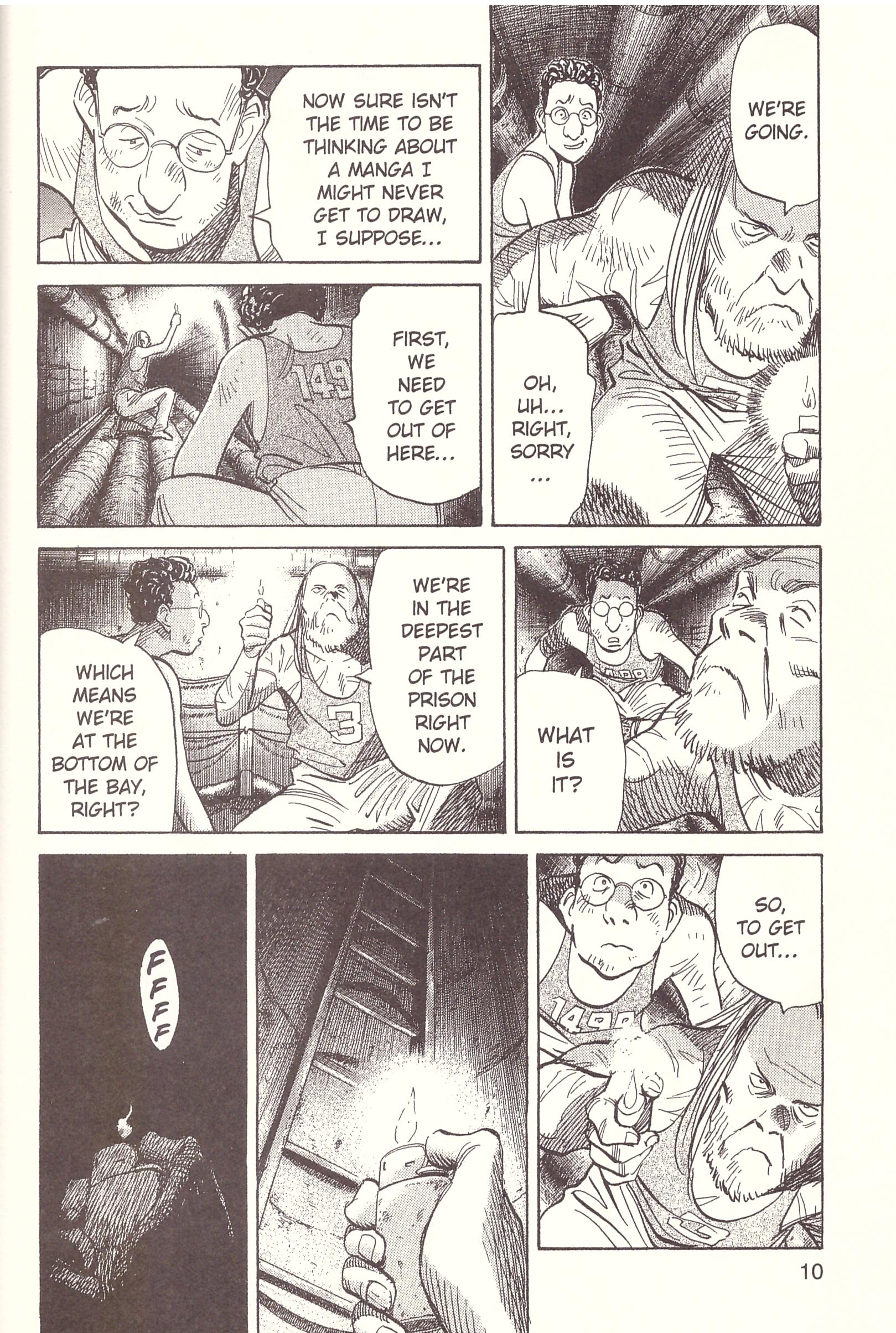 The volume title has an enticing ring to it, doesn’t it? The Truth. Will Naoki Urusawa finally reveal what happened before he jumped forward fourteen years in the middle of Reunion? Are we going to be told the truth? Of course we are. Naoki Urusawa’s not going to cheat us. The truth as we knew it from previous volumes is that a group of kids growing up in the 1970s came up with a pretend villain’s master plan to take over the world. One of them has used that plan under the alias Friend, and so far Friend’s political party have been elected in Japan. We don’t know which of the kids seen in the 1970s is Friend, but some have been shown to have died by 2014, and Kenji, the most charismatic of them as a child, has disappeared. Another, Otcho, has been jailed ten kilometres from the Tokyo shore. The opening chapters deal with his escape attempt in the company of the not as imposing Kakuta, who dreams of being a Manga artist.

Urasawa has the technique of the best storytellers. He’ll pull the reader completely into whoever’s story he’s chosen to spotlight, then leave them howling with frustration as he switches attention somewhere else. He’ll then ensure that somewhere else is equally engrossing. In this volume we’re introduced to Kamisama, the world’s richest indigent, who’s a brilliant eccentric in the manner of so many others we’ve met. It’s through him that we get to the truth as he takes us back to New Year’s Eve 2000. It’s chilling. The second half of the book gives us what we’ve been waiting for, and it lives up to the anticipation that’s been building. Urusawa doesn’t take the obvious route, however, and we learn how Kenji and his mates dealt with a terrible situation, but via a cackling chorus and a great use of the T. Rex song from which the series takes its name. However, he’s teased a fair bit during the course of 20th Century Boys, and does so again here. The Truth ends before he reaches a crescendo, to be continued in Kenji’s Song. Or both are combined for Perfect Edition 4.

20th Century Boys has thrilled from the first volume, and despite Urusawa jumping the narrative back and forward through time throughout, that’s still the case. In 1970, 2000 or 2014 whoever he focuses on captures the attention, and he consistently manages to surprise with the progress of the characters he reintroduces. It’s superb.