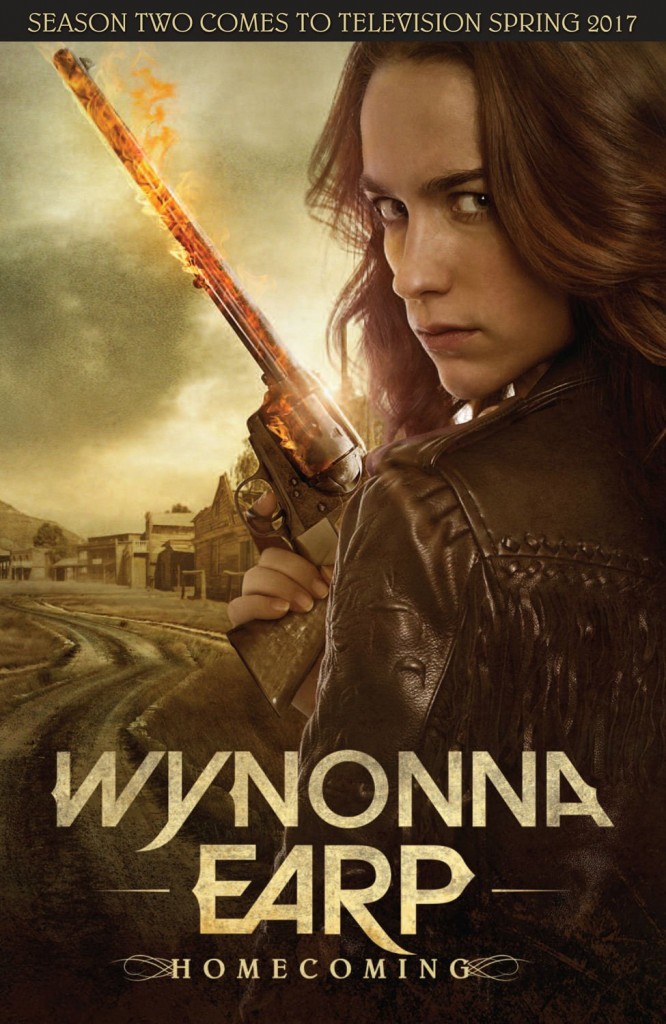 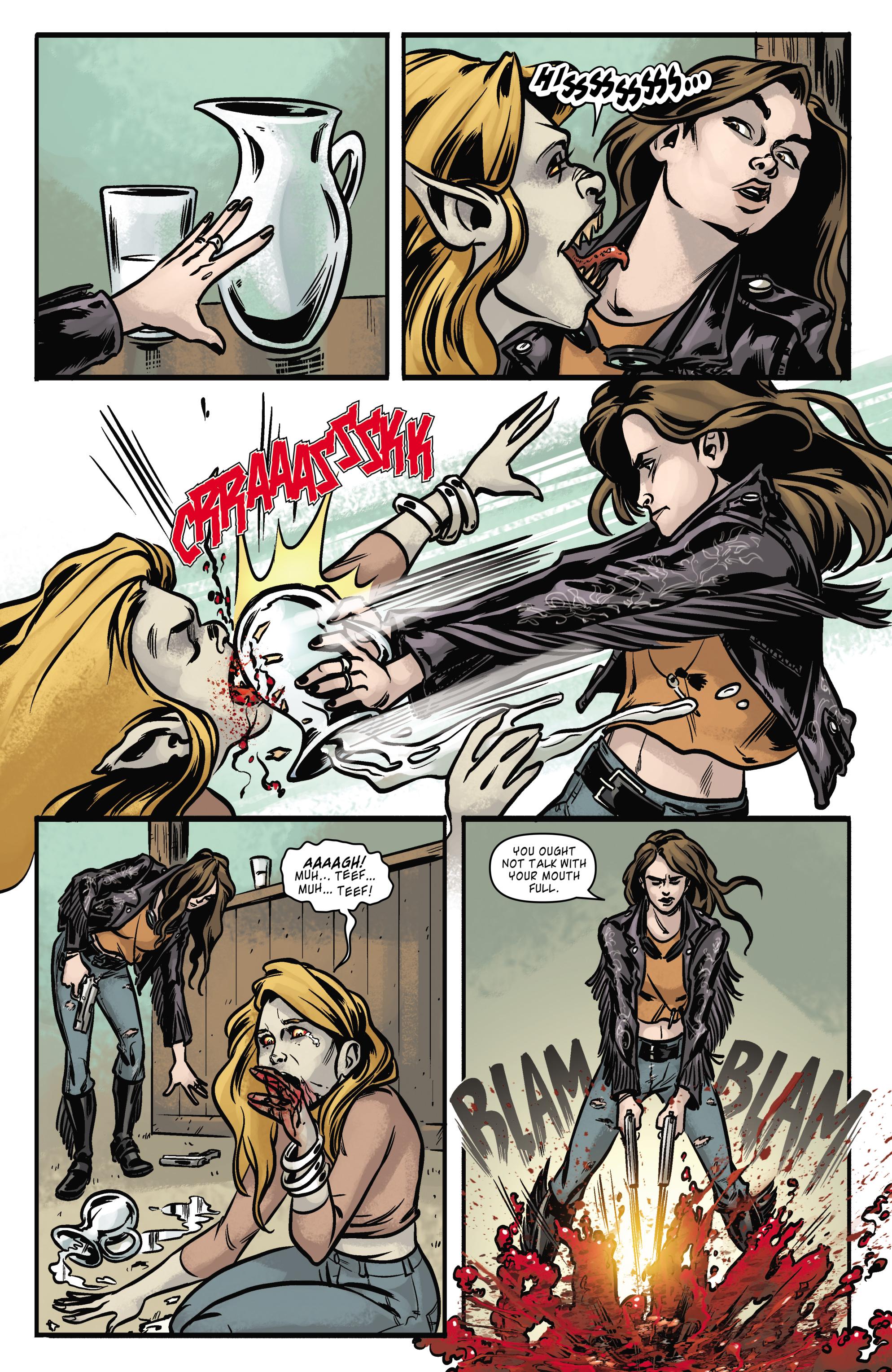 Homecoming is the first Wynonna Earp graphic novel to be issued since the TV series began screening, or at least the first featuring new material, as Strange Inheritance gathers her appearances before this. It’s a second giant leap in three graphic novels to this point, as this time Beau Smith attempts to add some TV style depth of personality to Wynonna as well as provide the usual monster shitkicking.

Her opening target is the Chupacannibals, demon body parts harvesters with a market in hell. They’re headed by a guy bearing the great name of Mars Del Ray, following which there’s a rural fight ring to bust up, and a scientist who transforms innocents into zombies by touch.

The extra characterisation comes in the form of Wynonna’s supervisor considering her methods overzealous to the point of endangering other agents. This leads to the addition of tattooed Amazonian warrior Valdez, while John Henry, previously with the series, is given a larger role to spout smug and smarmy dialogue for most of the book, while having a purpose toward the end. This is indicative of a problem Smith’s had since the series began. He lacks the touch necessary for bantering dialogue. He can’t contract enough, and still hasn’t learned when to sacrifice a good line for better overall story flow. On other occasions it comes across as very forced, leading to places where the story sags as he shoehorns in the banter. One such occasion is a redneck bar where everyone’s vocabulary is at a Shakespearean level. Yes, he’s counteracting stereotypes, but runs the joke ragged.

Lora Innes is the main artist, and her action cartooning improves as the pages turn, not that she was poor to start with. She has a grit to her art that’s more suited to the series than Chris Evenhuis, whose work is just too clean. He can draw well, but everyone looks to have taken a shower and gone for exfoliation before appearing on panel.

Since the start of the series Smith has hinted at Wynonna having a legacy, and that’s revealed in the final chapters, a mere fourteen years after the sub-plot was introduced! It’s the best of the book, with a couple of surprising disclosures making sense of previous anomalies and setting up the future well.

Wynonna Earp graphic novels may have only appeared roughly every six years to 2016, but each has provided a significant leap in quality. At this rate the series will earn a five star book by 2048. Legends is next. 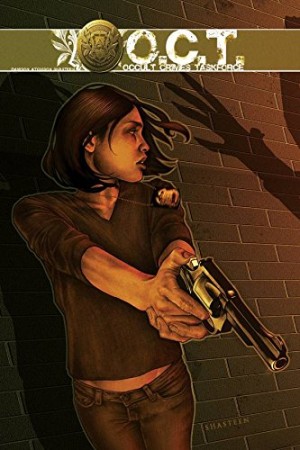