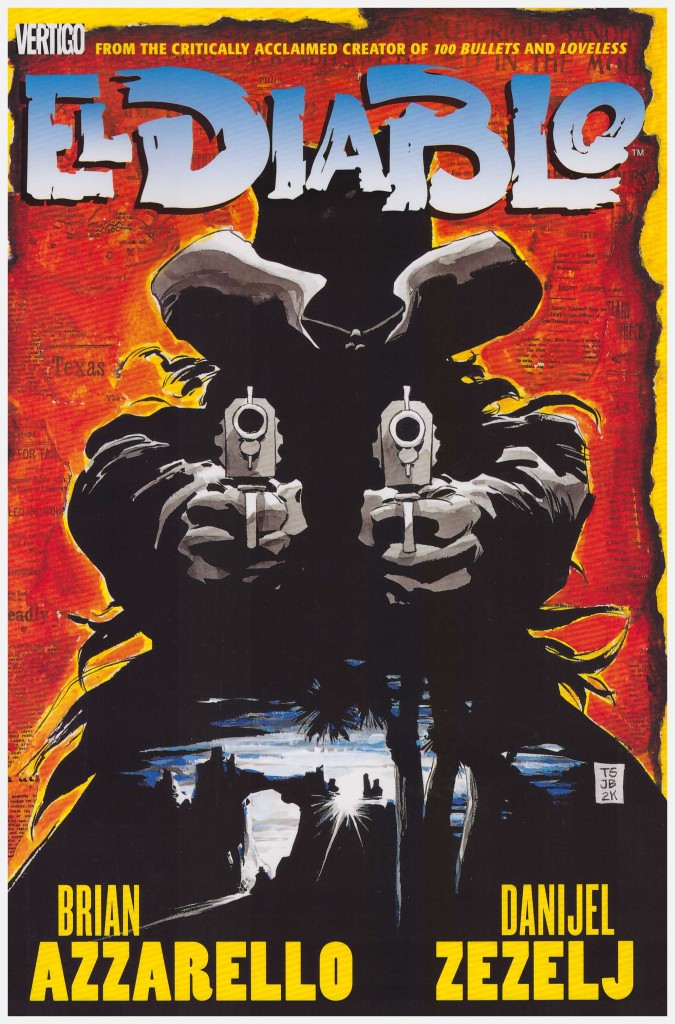 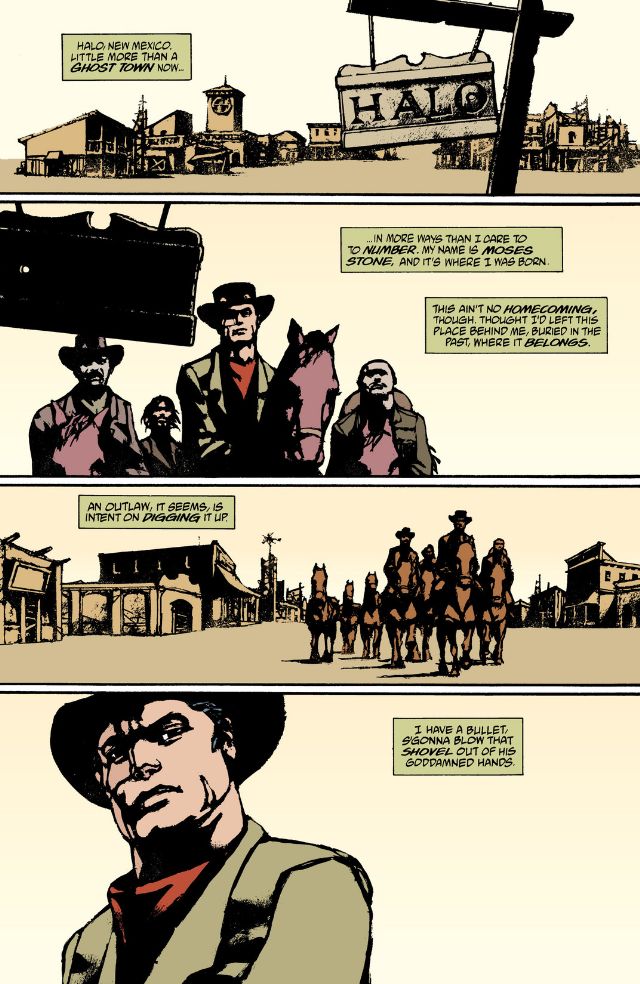 As previously envisaged in 1970s issues of All-Star Western, El Diablo was a spirit that inhabited the body of the otherwise crippled Lazarus Lane to wreak vengeance on evil-doers. This interesting concept was illustrated by some decent artists, but the character never caught on. Neither did Brian Azzarello’s re-working in 2001, which had to wait until the universal acclaim accorded his far superior 100 Bullets to be issued as a paperback.

Azzarello was simultaneously working on 100 Bullets and there are hints of it here. There’s the clipped narrative style, the clever plotting requiring some reading between the lines, and a facility for dialogue. Other elements require some fine tuning. The crudity permitted by publication under the Vertigo imprint comes across as gratuitous, even if the segues are on occasion clever, and anyone buying this under the impression they were purchasing a tale featuring the El Diablo of old might have cause to be sorely disappointed.

Azzarello at least adheres to the Western setting, but El Diablo is a hovering presence, a representation of vengeance rather than any substantial character. Instead we have the tale of Moses Stone, who admits in the opening pages to having a past he’s brushed over by serving as a Sheriff for the previous seven years. He warns some outlaws visiting town not to misbehave, but by daybreak most are dead, and he’s discovered strapped to some rafters with a name etched into his back. It beckons him toward the place he left all those years ago, accompanied by a posse tracking the killer.

Azzarello’s often gruesome plot takes some surprising twists in toying with expectation, much in the way of the Denzel Washington film Training Day, released in the same year. In the manner of that film also, a path once trodden leads to an inevitable outcome. It requires considerable patience to reach it, though.