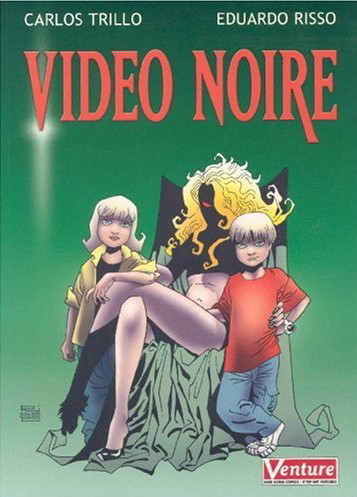 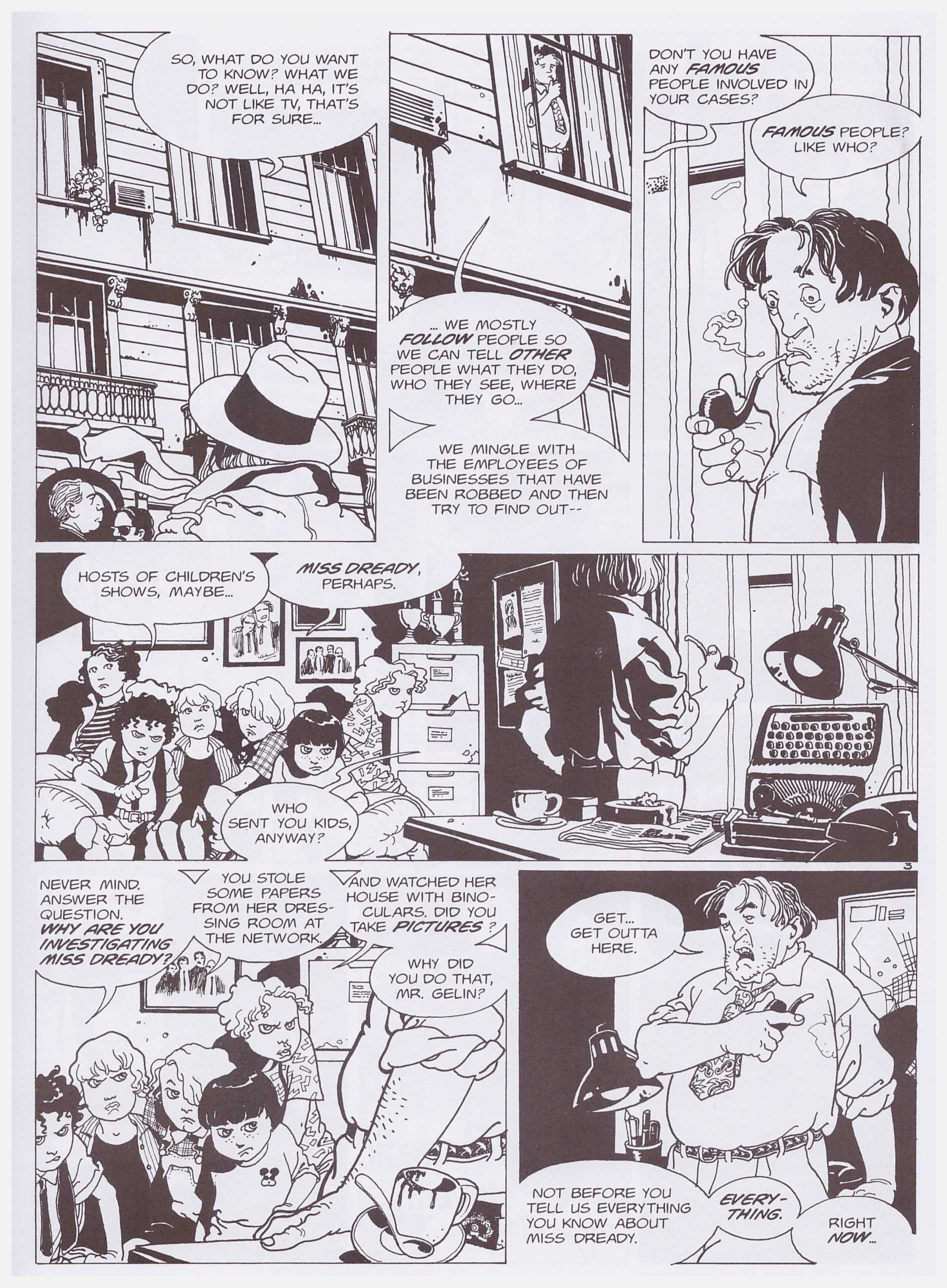 A good decade before becoming known to English language readers of graphic novels, Eduardo Risso’s delicacy, contrast and detail was impressing readers in Europe, and these two related, dark and horrific detective stories were first published in 1994.

J. C. Benedict used to run a detective agency with Evan Gelin, but their relationship deteriorated and it’s now Gelin who continues the business. That is until he turns up dead. We see how this occurs, but it’s left to Benedict to discover why, and how this involves successful children’s TV star Miss Dready. Carlos Trillo’s script rapidly reveals that not only is Miss Dready not as wholesome as she seems, but she has some very dark desires and some lethal friends.

Trillo’s plot over the two connected tales is a good distillation of the seedy underbelly of society characterising noir fiction, his cast suitably dissolute and disreputable. These are not people who’re going to die at home in their nineties surrounded by a loving family. In classic tradition expectations are circumvented, innocence perverted and even in victory the winner loses. Due to the greater leeway to explore the darker sides of human personalities and desires in Europe, this material still has the potential to shock, and establishing a dim cast excuses their acting in a predictable manner.

While Trillo’s carried out his end of the bargain proficiently, the single most important factor in elevating the material beyond the average into something still worth looking out today is Risso’s art. His stark graphic draughtsmanship is equal to any situation, and any random page supplies a selection of memorably impressive images, never crowded despite the detail, the viewpoints always shifting, yet the story never lost.

One element displays how much society has changed over the intervening years. There’s mention of having sex with a child. In context it’s consistent with the plot, and not exploitative (although plenty of the remaining material is in a different fashion), but the presence of a passing reference now shocks more than plot elements intended to do so.

There is a twist, one involving very individual interpretations of the entities concerned, but it undermines the remainder rather than drawing it to a neat conclusion. The entertainment is present throughout, but don’t get your hopes up. Still, for many Risso’s art alone will suffice.