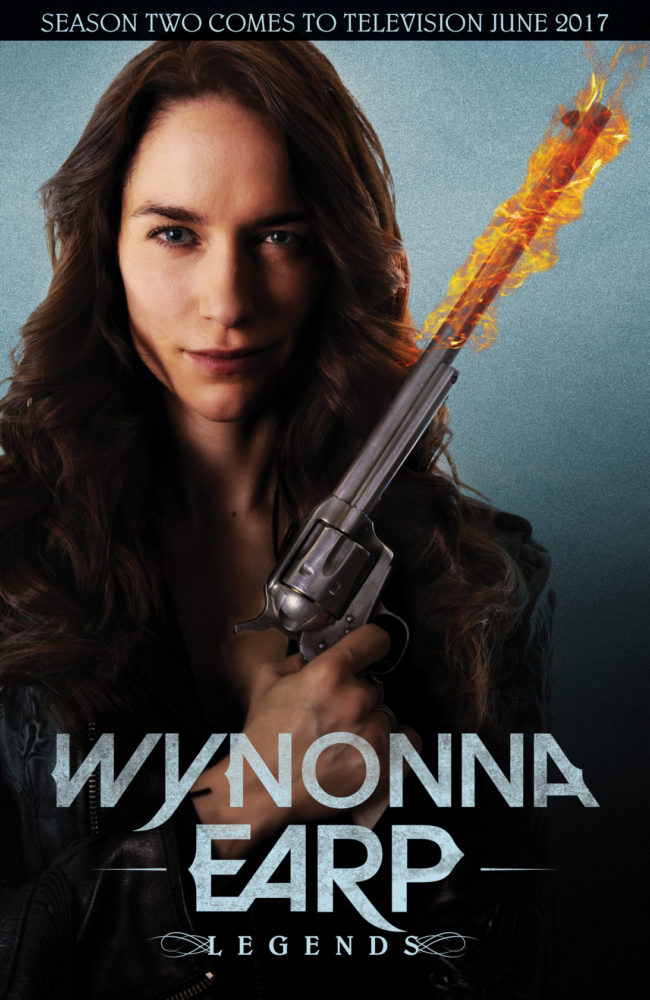 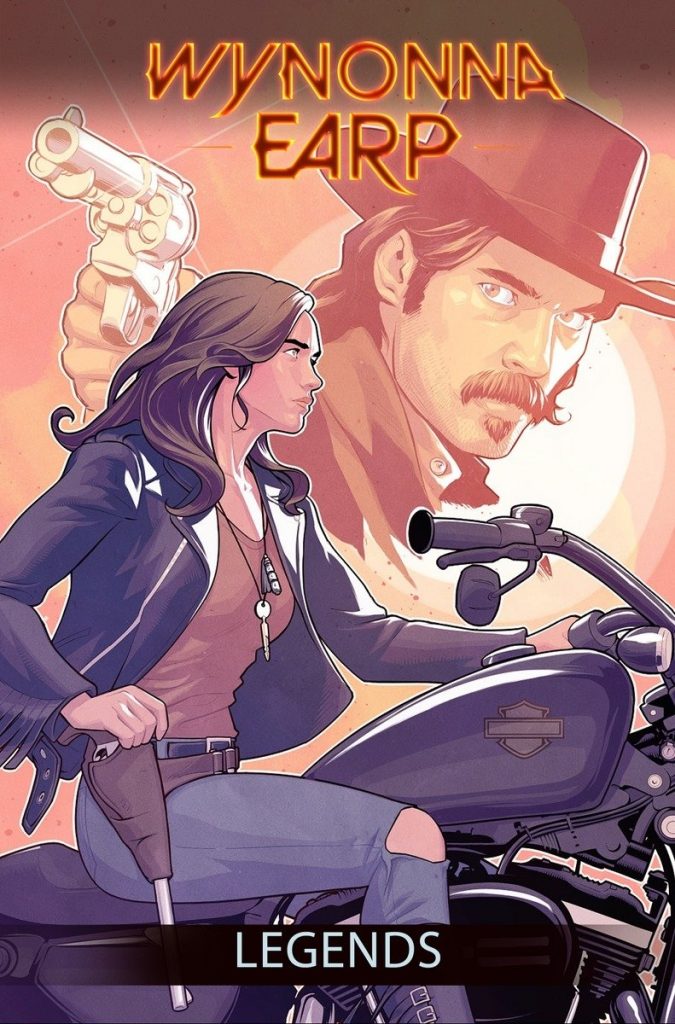 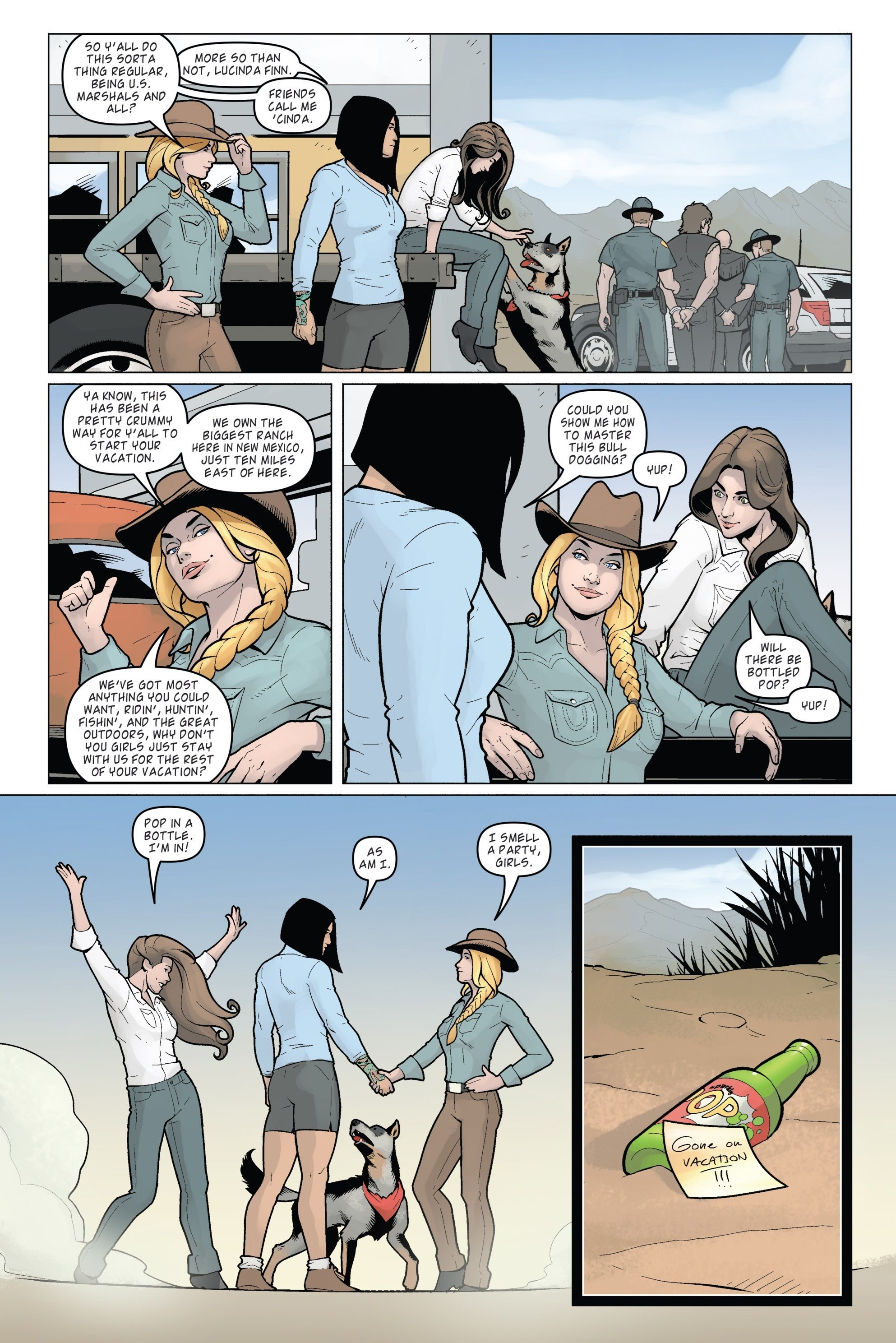 With a successful TV series airing, IDW ramped up their production of Wynonna Earp graphic novels, and although still titled after Wynonna, Legends is far more the ensemble piece, highlighting the supporting cast from the TV show, and introducing her sister Waverley to the comics. Perhaps reflecting this, TV cast members Tim Rozon (Doc Holliday) and Melanie Scrofano (pictured on the cover as Wynonna) are co-credited along with Beau Smith as writers for specific chapters here.

It’s much the same sort of material as in previous books, but everything’s too easy for Wynonna and her allies. Foes built up as unbeatable in the end succumb with a whimper, sometimes due to game changing devices or substances that miraculously appear. Then, sometimes, they’re not used as Legends features plot holes you could drive a bulldozer through. At one stage Wynonna is standing across a rooftop from one Boone Helm, supernatural fiend, who’s just dropped a baby several stories after murdering the parents. Instead of shooting him with her souped up gun, Wynonna stands and listens to him boast, while Doc Holliday whimpers about what a danger he is. The introduction of Waverley is forced and the reasons given for her not being seen before strain credulity. It’s not the sole occasion the plot only works if the cast overlook the obvious or accept strange reasoning.

Artist Chris Evenhuis is good with a very precise, if sometimes overly posed, style that’s attractive, but lacks grit for the type of feature Wynonna Earp is. Every woman is model perfect without a hair out of place, and there’s no sign of any location being actually used by people as they’re so pristine. The only location where that look works is inside the Black Rock prison, where the most dangerous supernatural threats are held. That’s credible as a sanitised, wipe-clean facility

The plots are unpredictable because people don’t behave logically, and that doesn’t make for an engaging read. Characterisation wavers according to the needs of those plots, and way too much space is occupied by what’s meant to be bantering dialogue, but is overly strained and bears little relation to the way people actually speak. All in all, disappointing.