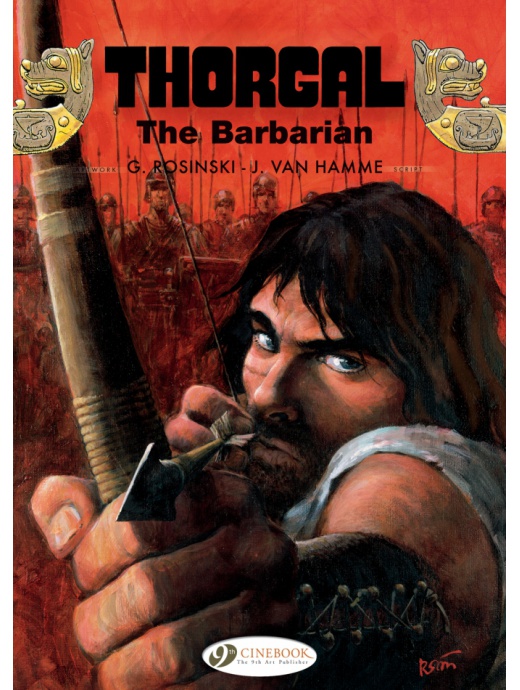 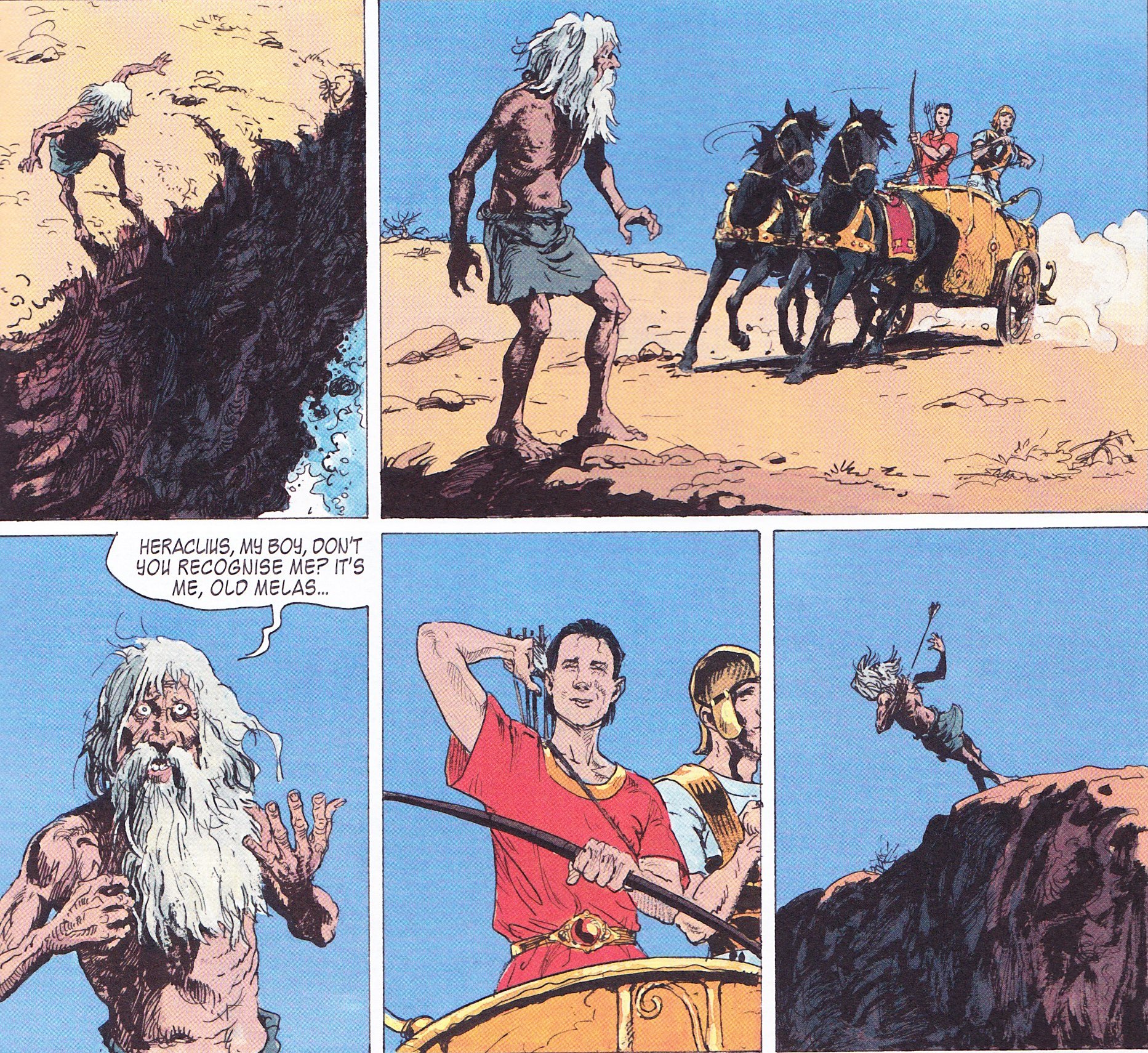 The conclusion of The Kingdom Beneath the Sand saw Thorgal, his family, and youngsters Tiago and Ilaniya stranded in the desert. Their luck didn’t improve, and slavers sell them to the Lord Steward of the regional Byzantine governor. While Thorgal and Tiago are forced to participate in a brutal game to celebrate the 18th Birthday of the Governor’s son Heraclius, Ilaniya is taken as plaything for the vicious brute. When Thorgal overturns the result of the game he earns freedom and employment in the Governor’s household but his family and friends are still slaves. Determined to gain liberty for Aaricia, Jolan, Wolfcub and their friends he has to survive the treacheries of the spiteful Heraclius and vengeful noble families. To do this he will need more than wit and skill, he will have to reveal secrets he has worked hard to keep hidden.

Thorgal’s writer Jean Van Hamme’s best talent is character development, producing engaging heroes and villains alike with the antagonists providing the most fun. Over his forty year history, Thorgal has faced off against some wonderfully despicable foes but The Barbarian features some utter bastards. The result is a tale that has some disturbing themes, and slavery is not the worst of them. Add the incredible skill of fantasy artist Grzegorz Rosiński and the unpleasant people and scenarios make you squirm just enough. Rosiński’s subtle in presenting the detail in each scenario, heightening the unease, providing just enough for your mind to paint the possibilities. The air of hopelessness extends to the stark unforgiving environs, and the intimate moments where fears are whispered between two players. It generates a palpable sense of danger and Rosiński’s ability to portray human emotion so beautifully only accentuates it. Time and again you’ll wish the art was bigger to fully appreciate it.

Most Thorgal stories end on an upbeat note, even when part of a narrative cycle. Not so with The Barbarian. Its cliffhanger ending continues the harrowing tone. Things look bleak for Thorgal and his clan as we head into the twentieth album Kriss of Valnor.