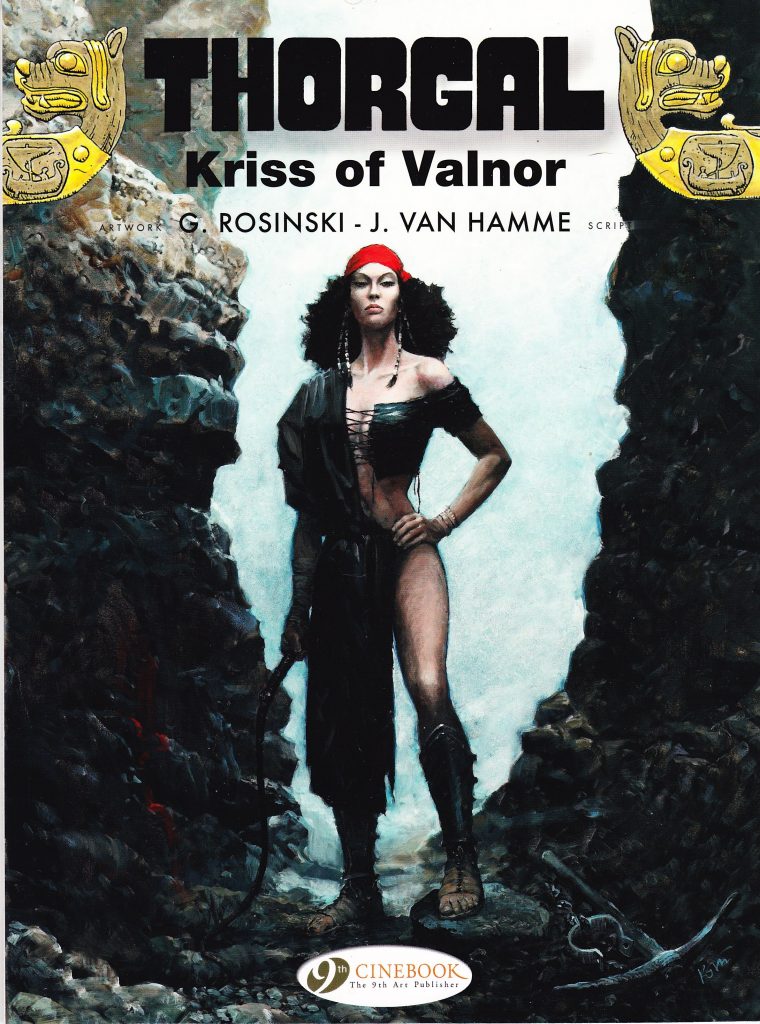 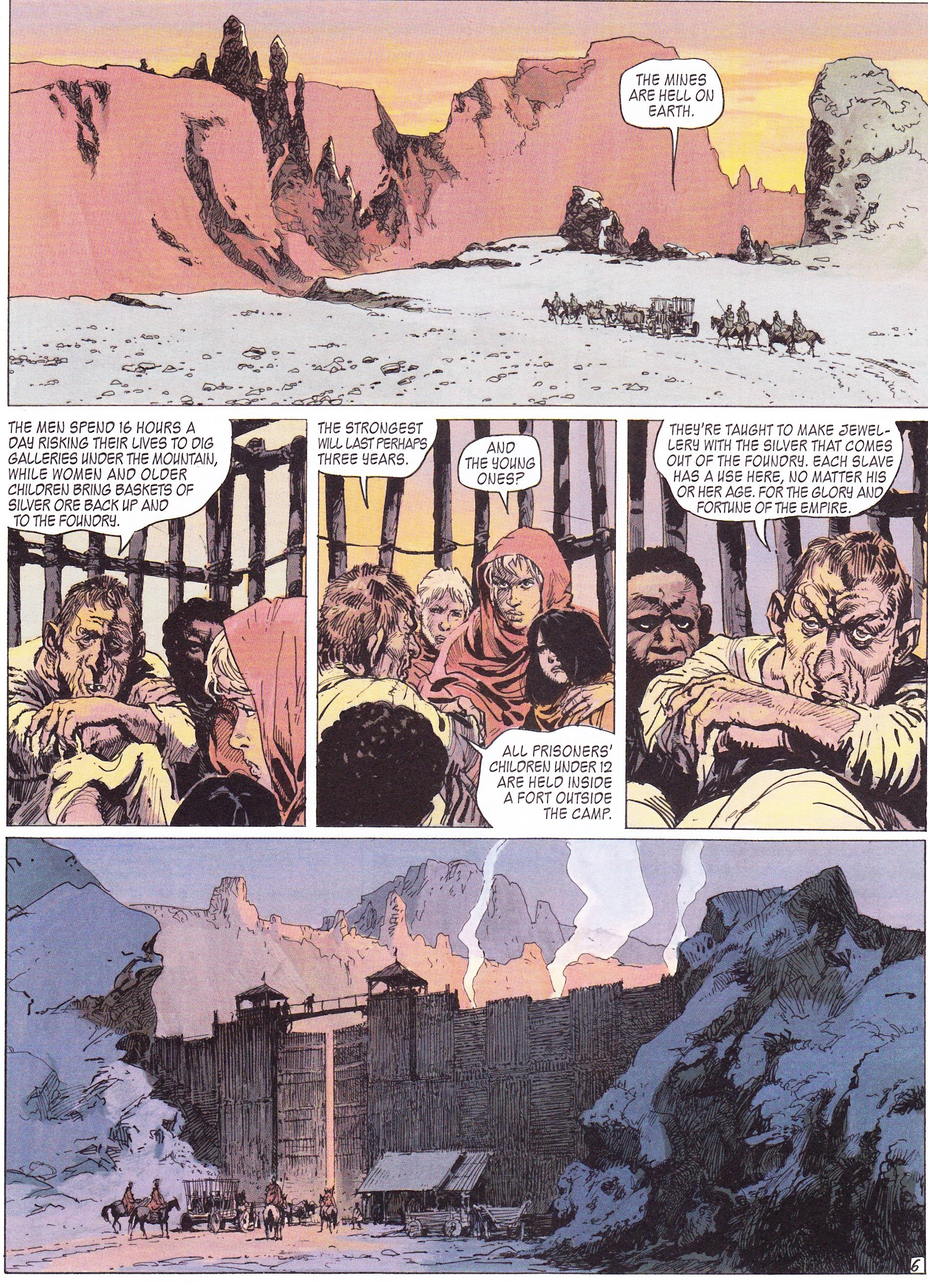 At the conclusion of The Barbarian Thorgal made a deal with the heir of Eastern Roman Empire to keep his family safe after their capture by slavers. It was at great personal cost, and the brutality of vengeful nobles had tragic consequences for them and their allies. Consequentially Thorgal has been left for dead on the deserted island of Syrenia and is presumed so, but his son Jolan dreams Thorgal is calling to them. Their attempts to escape their new master results in Aaricia, Jolan and Wolfcub being sentenced to work in the silver mines, salt rubbed into their wounds when they discover that the architect of their woes is captive with them. Kriss of Valnor has been promoted to slave boss, her reasoning that it is better to be holding the whip than be under it. As untrustworthy as she is, Kriss loves her freedom and hatches a plan based on her knowledge of Jolan’s special abilities. Aaricia detests Kriss but won’t leave her family, something Kriss is counting on. Still it is true that If Kriss hasn’t tried to kill them, she has tried to steal Thorgal from his family and double crossed them all on occasion. She is a snake in the shape of a goddess. Why should they trust her, especially when she makes a startling though not entirely unexpected revelation, but what other choice do they have? It will be a hard flight to reach Thorgal and safety. Whether they get there depends on how long Aaricia and Kriss refrain from killing each other.

Thorgal may be the central character of Jean Van Hamme’s and Grzegorz Rosinski’s epic fantasy saga but Kriss of Valnor is their best character. As treacherous as she is beautiful, whenever she appears you know trouble and betrayal await. Of all the enemies Thorgal and family have faced, Kriss is the most ruthless and strangely complex. She tends to land on her feet, will manipulate and bribe, plot and murder with gay abandon. Thorgal is her one weakness, the only man who stands up to her and resists her charms. Whatever her flaws Kriss is gutsy, a fine warrior who surprises her male foes and is fearless in the face of danger. It’s no wonder she earned her own spinoff series. Kriss of Valnor is part of the final story arc Van Hamme wrote for Thorgal before retiring from the series. It’s well paced, and in 48 pages he puts his cast through the wringer in a blend of action fantasy and chase thriller. The nuance of each character is captured, nuances crafted over 27 years, and they have become familiar friends to the reader.

Rosinski is also on fine form. Fortifications loom over a pass, the dark of the slave mines breeding hopelessness. Stormy ocean waves crash over desperate travellers and sailing ships glide through the swell in stunning detail. There are a half-dozen different landscapes all beautifully rendered, though a minor quibble is that the smaller Cinebook format constrains the artwork. Still it can’t restrict what is a vibrant cast and Rosinski draws them like Van Hamme writes them, with realism and astonishing human expression.

Kriss of Valnor is a grand story and Van Hamme promises a cracking finale to his thirty years on Thorgal in The Sacrifice.