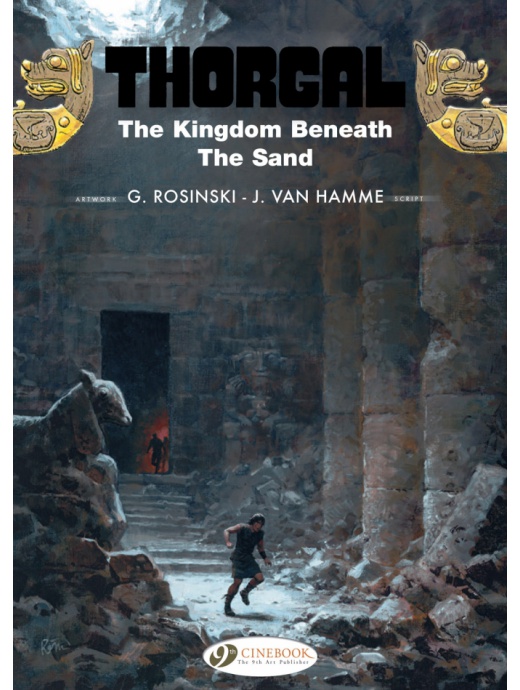 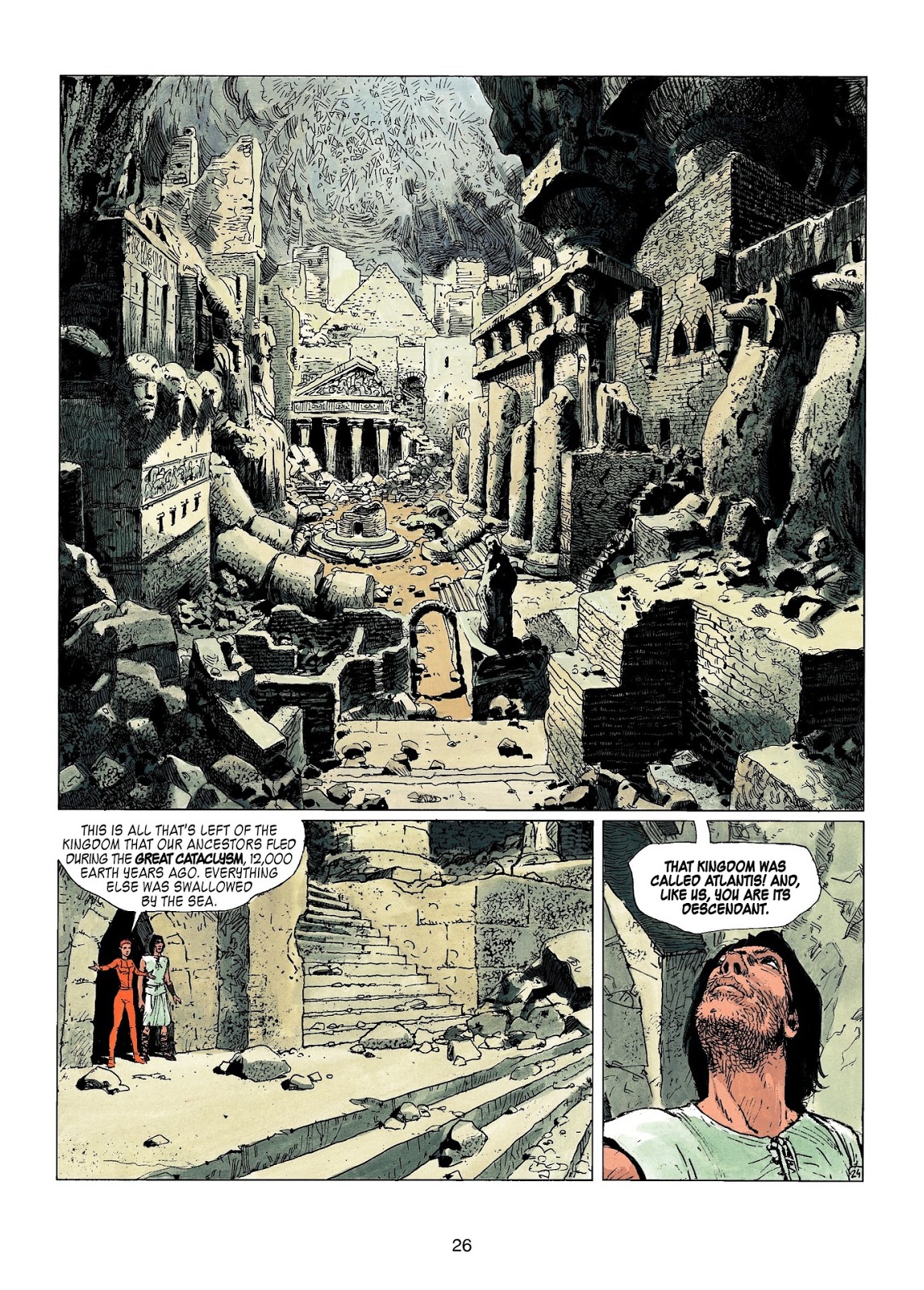 The Kingdom Beneath The Sand marks a significant turning point for the series as Thorgal finally realises he will never find the peaceful utopia he is looking for. Acquiescing to Aaricia’s and Jolan’s desire to go home to the Northern Vikings, as they prepare to depart from the desert shores they find themselves on misfortune strikes and their sailboat burns like a bonfire. Was it sparks from their campfire that drifted on the wind? Or did the strangers from the previous evening so insistent the family visit their village have something to do with it? Now they have no choice but to trust in the hospitality of these strangers who slowly reveal advanced equipment Thorgal is all too familiar with. In the ruins of an ancient Atlantean city Thorgal and his family will again confront their alien heritage, though this time the future of all Vikings and the peoples of the Earth will rest on their decisions.

It’s standard practice that Thorgal’s creators Jean Van Hamme and Grzegorz Rosiński will revisit themes from past stories if any of them will facilitate the progression of the series. It doesn’t always always work and after 35 years there are only so many ideas you can recycle so there’s a slight feeling of déjà vu, but Van Hamme still manages to make the plot workable and enjoyable. He’s a master at creating suspense, and it doesn’t matter how frequently he repeats a plot piece, it is guaranteed that on reaching the end of one album you will want to find out what happens in the next. He executes his plots masterfully and the characters are robust with believable human traits from the best to the worst.

Artistically Rosiński’s art takes a while to reach its full splendour. While good, the opening desert scenery fails to captivate as the size of Cinebook’s format doesn’t allow it to be fully appreciated. However, it doesn’t hinder intimate moments next to a fire, and a two page spread encapsulating all the series’ major events thus far demonstrates Rosiński’s ability for fine detail. Where he flourishes is in illustrating some fine sci-fi aspects in the second half, with plenty of action.

This is not the best story Van Hamme and Rosinski have produced, but it still thrills and when it comes to saga Thorgal on a whole sets a high standard. The Kingdom Beneath The Sand begins a story arc that will culminate with Van Hamme’s last story for the series. That’s still a little way off, but the story gathers momentum in The Barbarian.