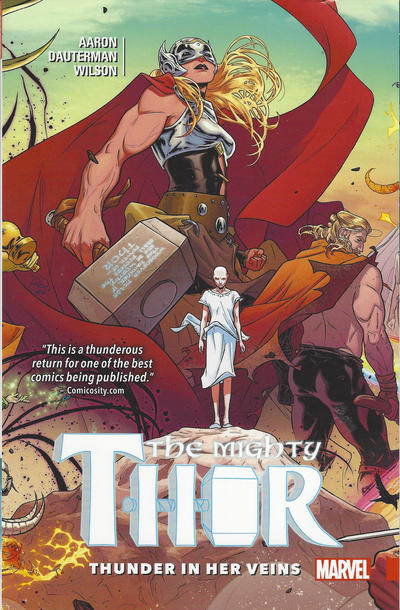 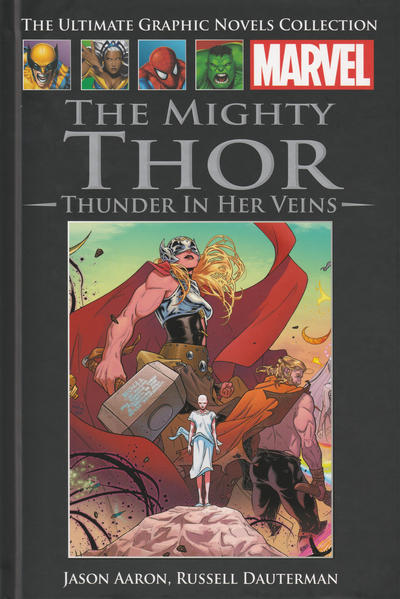 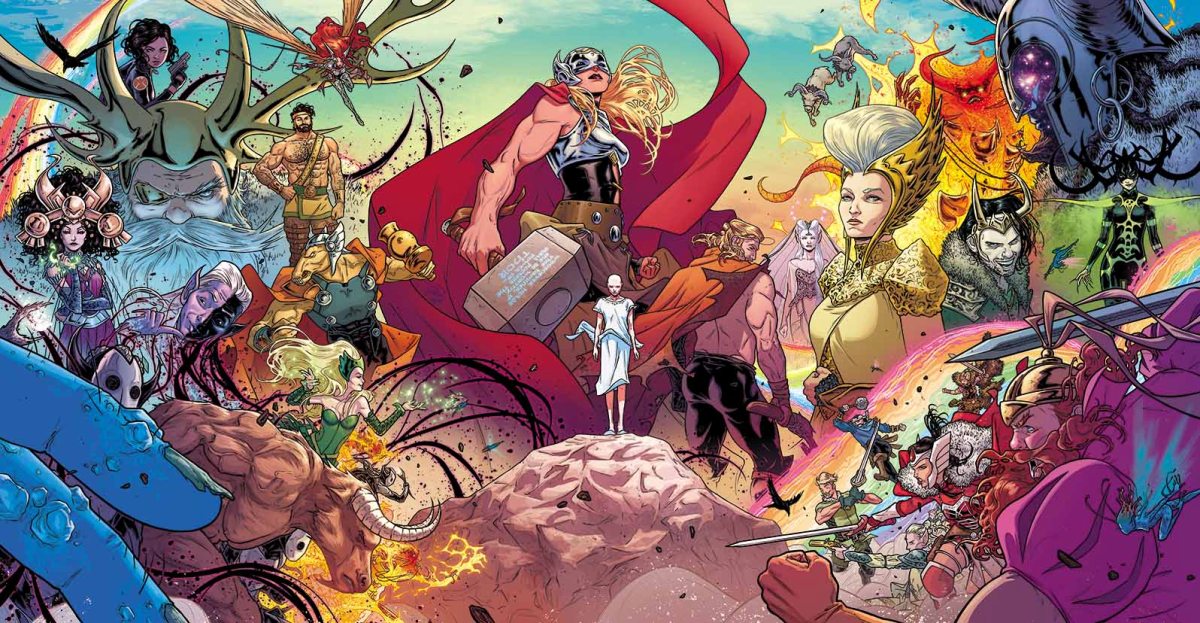 After stringing out the mystery of the new female Thor’s identity for almost two graphic novels, Jason Aaron revealed the current person worthy to possess the power of Thor in the concluding pages to Who Holds the Hammer? What with internet revelations and a limited number of viable candidates, by that point it wasn’t much of a surprise, but if you’d prefer to work your way to Thunder in Her Veins without knowing, don’t read beyond the fourth paragraph.

The villain of the piece is the elf Malekith. Introduced to tie in with the second Thor movie, he’s sparked story possibilities for Jason Aaron, and he’s gathering an alliance of people very dangerous to Thor. These now include Loki, restored to his evil trickster identity after Marvel toyed with Loki in a heroic form. This is a very slow release plot, with Aaron spending as much time with the villains as he does with Thor. Possibly tied in, or possibly a situation that can be taken advantage of, is Odin’s apparent dictatorial insanity, with Asgard darkening as the other eight worlds are under threat. Nice character touches and moments of action keep the plot simmering.

“An all-new, all-different Thor deserves an all-new, all-different Loki. Hello. That’s me”. Since the earliest days of Thor’s strip Loki has always been dangerous and engaging, and the best chapter has him facing off against Thor, utilising all his previous identities. Not as welcome is Loki’s self-aware dialogue, which verges on the irritating, and Russell Dauterman toying with illustrations of Tom Hiddleston as Loki, is equally ill advised as this isn’t Dauterman’s strength and so the look is inconsistent.

Otherwise Dauterman’s art continues to progress and impress. His line is delicate, and he sometimes varies the look of his scenes according to the main character within them. Instead of leading to a messy looking graphic novel the switches work really well. There’s a segue from an ordinary sized Loki among Frost Giants opposite Thor in action on the rainbow bridge, and while colourist Matt Wilson is due some credit, Dauterman’s distinct approach is key to the spec tacle.

Over the previous two books Aaron wove a mystery around the identity of the new helmeted female Thor. By way of misdirection he established that a logical choice, Jane Foster, was riddled with cancer and in hospital. Aaron deals with the effects of chemotherapy over the opening pages, and supplies a clever reason why it’s not effective in her case, but the longer the cancer continues, the longer it comes across as a gratuitous trivialisation of real world suffering. He’s constructed quite the rod for his back, as ridding her of cancer via magical means would also have that effect.

This is a step up from the two preceding graphic novels featuring the Jane Foster version of Thor. The extent of Aaron’s ambitious plot has been revealed, and Dauterman is the artist to deliver it. With Thunder in Her Veins this Thor leaps from being an okay superhero series to a good one. The series continues with The Lords of Midgard.