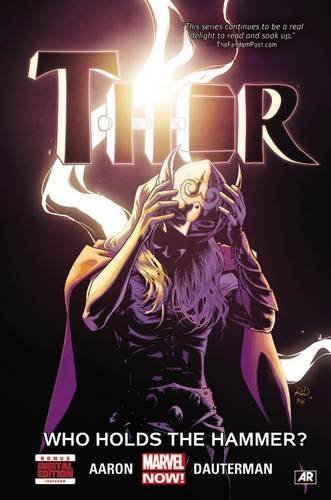 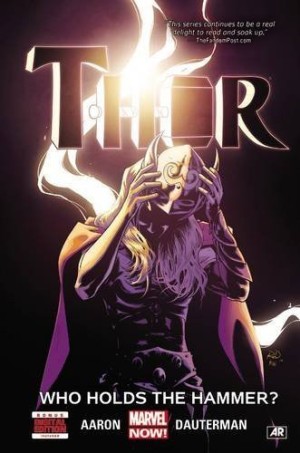 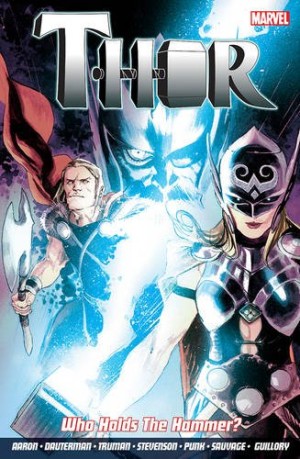 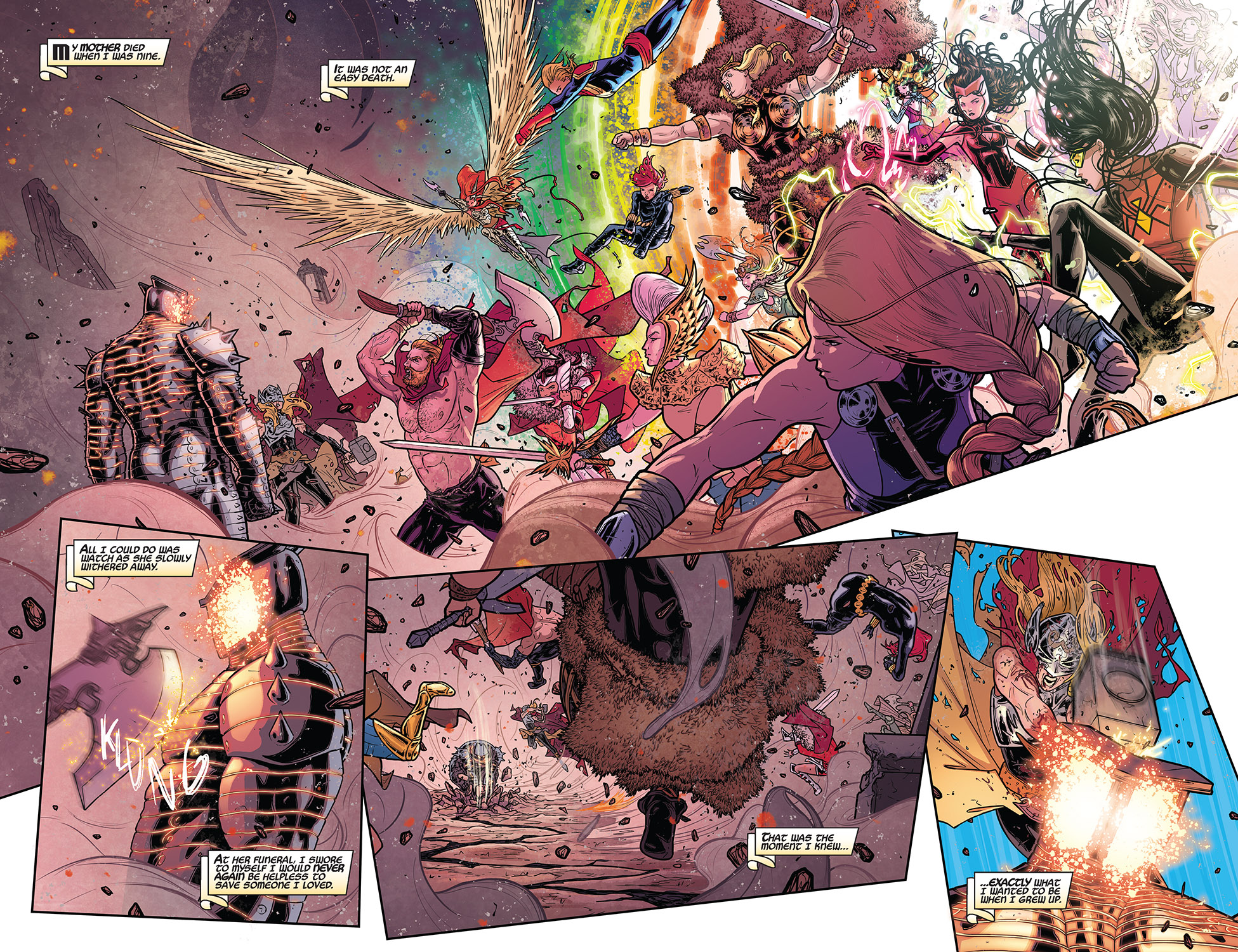 There was quite the shock in the previous volume, The Goddess of Thunder, when the familiar long blonde haired hunk was replaced by a helmeted woman. This was achieved by the inscription on Thor’s hammer so stressed in his first movie. It only takes someone worthy to hold the hammer, and they’ll acquire the power of Thor, to which the familiar son of Odin was no longer entitled, now being unworthy.

This is very much the continuation of previous stories, so Dario Agger of the Roxxon Corporation and the sly elf king Malekith who both previously posed problems, here unite, while Agger’s motives are clarified with a clever twist on the part of writer Jason Aaron. “I applaud your commitment to sadism, sir” cooes Malekith in a particularly arch moment.

The familiar Thor, now referred to as Odinson, is obsessed with discovering who his successor is, crossing his guesses off a list. That is when he’s not concerned about one time girlfriend Jane Foster, now in Asgard in very poor health indeed. Meanwhile Odin, distant and whimsical, continues to plot, much to the annoyance of his wife Freya.

Jason Aaron’s script is very much in slambang mode, and seemingly under instruction to prioritise as many elements as possible from both Thor’s headlining screen appearances and other Marvel material familiar beyond comics. To his credit, he weaves quite the thriller around them, with the mystery of this new Thor extended until almost the end. There’s a particularly well played scene when Odinson confronts the new Thor claiming to know who she is.

Russell Dauterman’s art, decorative in the preceding book, continues to improve. His panels occasionally suffer from clutter, and there are stiff figures, but this is really good illustration, and he’s become an artist to watch.

With the revelation out of the way that’s it for the series, and the finale is a tale of three different Thors. The thought of wrestler CM Punk writing one of the tales may elicit groans from some, but he holds his end up with a silly story about a drinking contest accompanied by nice cartooning from Rob Guillory. Trickery is also at the heart of the Warriors Three putting the new Thor to the test, this from Noelle Stevenson and Marguerite Sauvage, and there’s a tale of King Thor from Aaron and Tim Truman. All the art is good, although very different, and the stories fine.

As this would otherwise be a very slim collection indeed, we also have a tale spotlighting an alternate universe where Jane Foster became Thor. Poor in 1977, time hasn’t improved it in any fashion, and there’s a spectacularly misguided ending. The sheer amount of pages drags the overall ranking of this book down.

A few words about the slim content are required. This entire series of Thor ran to only eight comics and an unconnected annual, so why are they spread over two books, the second padded with a shoddy reprint, rather than collected together? Is it any wonder many fans will download their comics for free rather than be exploited in this fashion. This version of Thor survived Marvel’s 2015 shuffle of their universe and her story continues in Thunder in her Veins. 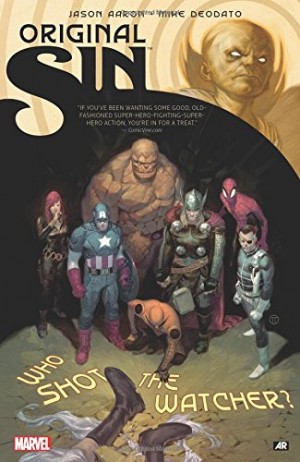