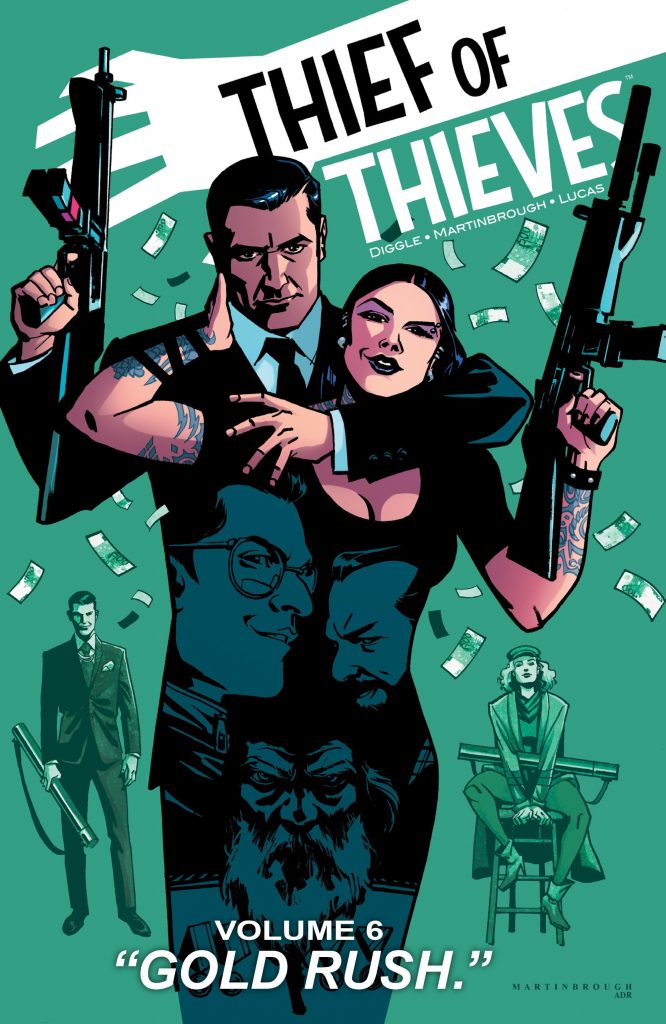 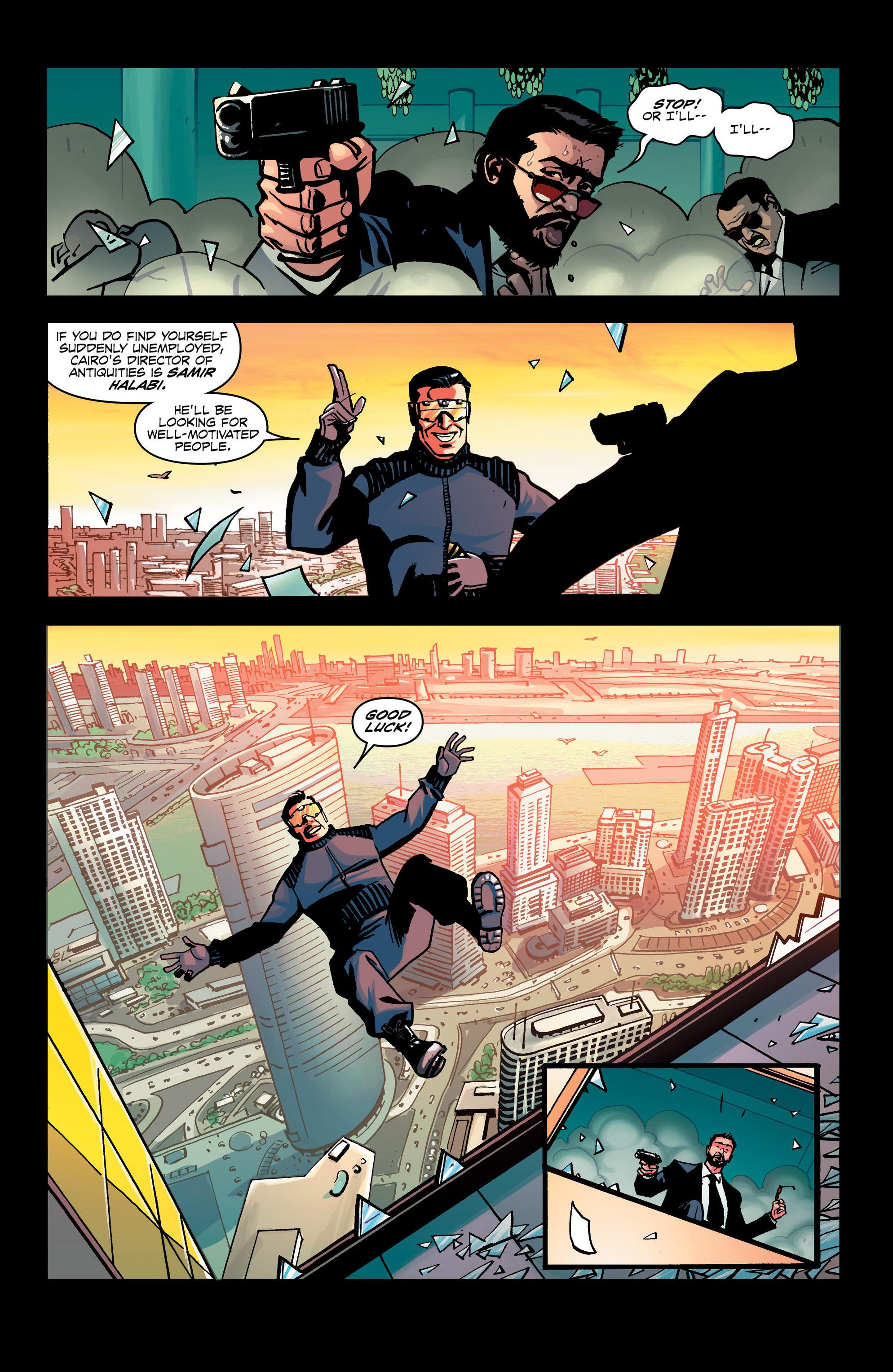 After a long career as the untraceable thief known as Redmond, Conrad Paulson retired. It was to make the point that he could change, but the reason he was trying to change didn’t pan out, so at the conclusion of Take Me Conrad reversed his decision. Andy Diggle explains the qualifications appended to that in the opening pages. Redmond is back in business, but only to steal from thieves. That, however, is before he’s rubbed up the wrong way.

Near the beginning of the story there’s a reminder of just how good Redmond is. We know it anyway, but recent books have traded on that reputation rather than showing it, and it’s nice to be reminded as Andy Diggle and Shawn Martinbrough construct a scene over several pages showing Redmond breaking into a well protected property.

Diggle has now come to terms with Conrad’s character and his world, and Gold Rush is a first rate action thriller. It concerns an unofficial competition to decide which of three candidates is truly the world’s best thief, with the target being a piece of coding that could have disastrous consequences. Diggle designs Gold Rush as a caper, which more than last time round enables Martinbrough a chance to impress with his virtuosity, not least because Diggle includes another Italian Job reference, with a car chase through tunnels. So far unsung is Martinbrough’s ability to design distinctive characters, with several gems here, not least the Russian whose property becomes a target.

Redmond pitted against not only an impossible task, but others also attempting the same and to hinder each other simultaneously is an interesting new plot variation while also broadening Redmond’s world. The suspense is maintained until the end, which perhaps won’t be the ending people want to see, but it certainly serves in cranking up the tension. Brett Lewis has a humdinger of a resolution to pick up in the closing volume, appropriately enough titled Closure.