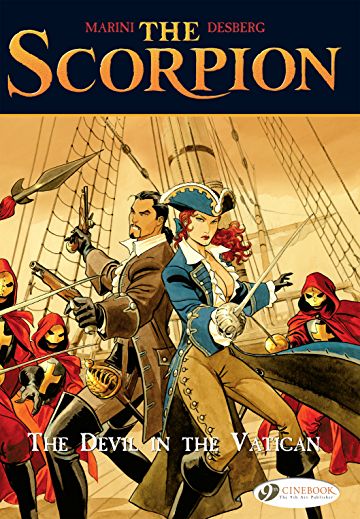 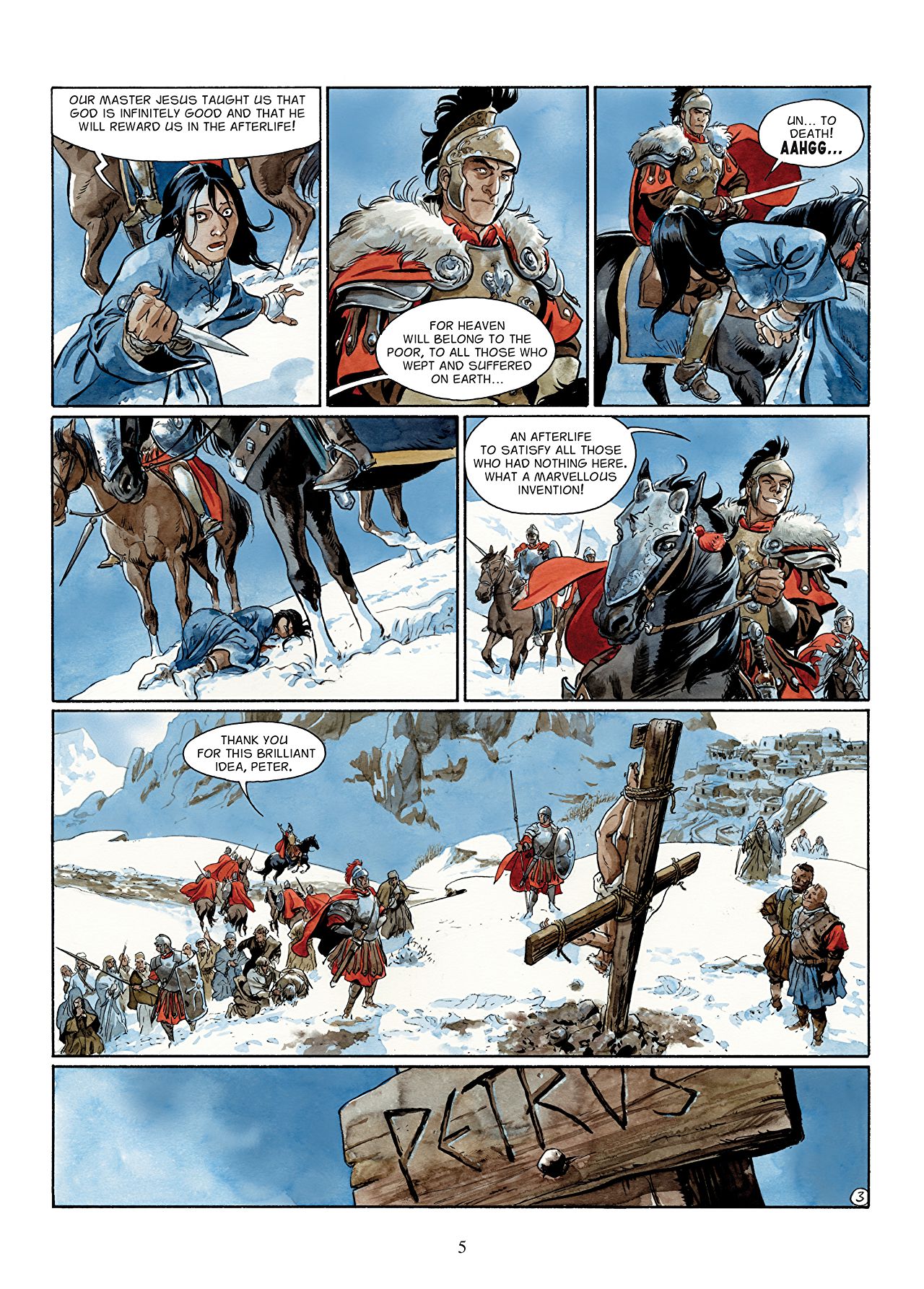 This second volume of historical adventure continues right after The Devil’s Mark in the wake of the Pope’s murder. The Scorpion tries to avenge the fallen Pope and clear his name by denouncing Trebaldi publicly to the mourning citizens of Rome. Unfortunately, Trebaldi has a back-up plan and holds onto his power using fear and manipulation to push him further towards the recently vacant Papal position.

Left homeless and hunted, the Scorpion flees in search of St Peter’s cross, used by Trebaldi as part of his ploy for power. As the Scorpion’s journey takes him to the Holy Lands he continues to be both aided and obstructed by familiar and fresh faces. Mejai remains on his tail, flittering between ally and enemy from page to page, whilst the new and equally dangerous female Ansea throws the already complicated tension between Armando and Mejai into deeper disarray. Relationships and loyalties are tested as Stephen Desberg keeps readers guessing as to who is sided with who.

As the plot unravels deeper insight is provided regarding the characters, informing their decisions. The women are of particular interest. Many females are used for sex and weakly fall madly in love with the charms of the Scorpion, but even at times when Mejai and Ansea seem to be competing for Armando, their priorities are always how they can further themselves. That’s not to say that the two lead women are not at times over-sexualised, however. Marini, as with much of his artwork, excels at drawing nude ladies whether necessary or not, but whereas volume one primarily introduced each character the next edition takes time to build upon its foundations.

The tonal colours of the comic match the energy of the narrative, which jumps around various locations and time-zones. Marini creates gloomy torch-lit dungeons, auburn sunset sea skies, and snow-clad mountains, each depicted in a hand painted, traditional style that matches the quality of the first volume. This continuation is as strong as the first, and introduces more twists and turns whilst similarly concluding on a dramatic cliffhanger. It’s action packed, with historical and religious context seamlessly intertwined into an adventure tale akin to the heroic quests of characters such as Sinbad, Zorro and Indiana Jones. Just as the Scorpion must uncover the secrets of the Templar Knights and of St Peter, as well as his own personal connection into his religious origin, so too must the readers decipher which of the characters are good or evil in a tale laden with corruption and betrayal. The Scorpion’s adventures continue in The Holy Valley. 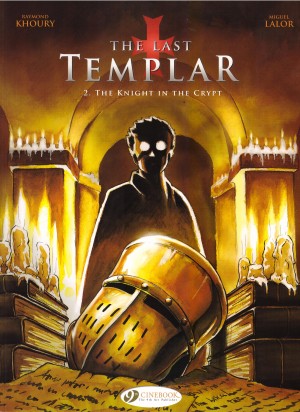 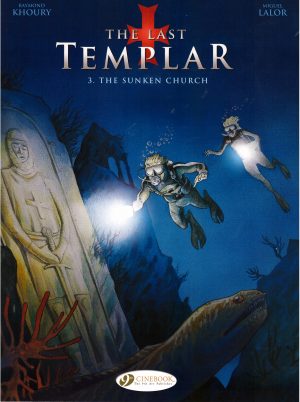 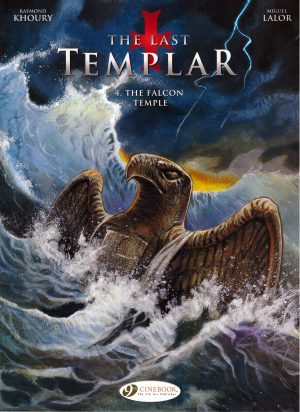