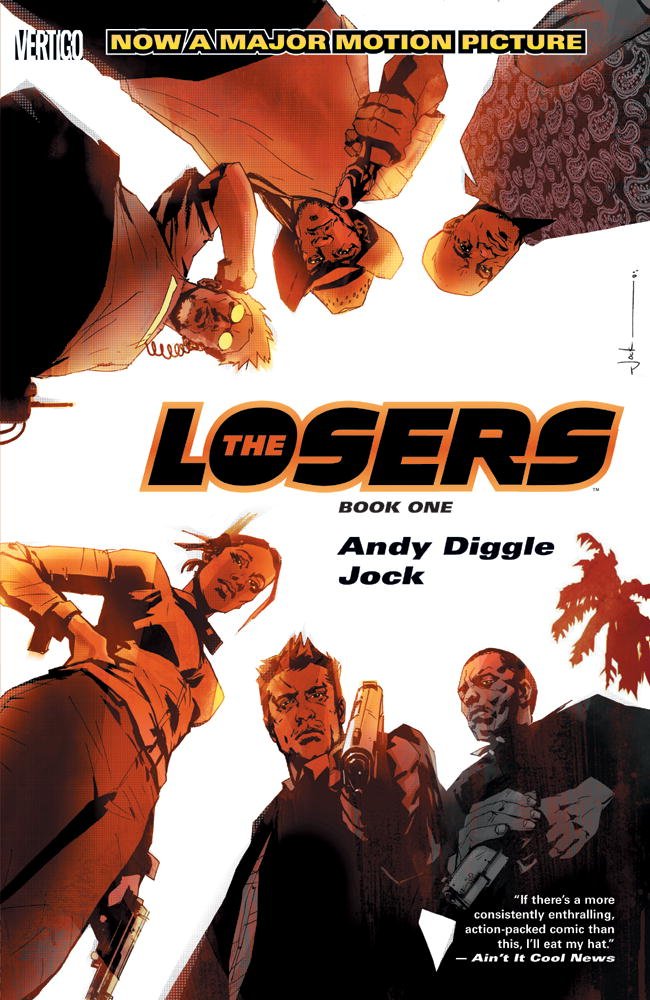 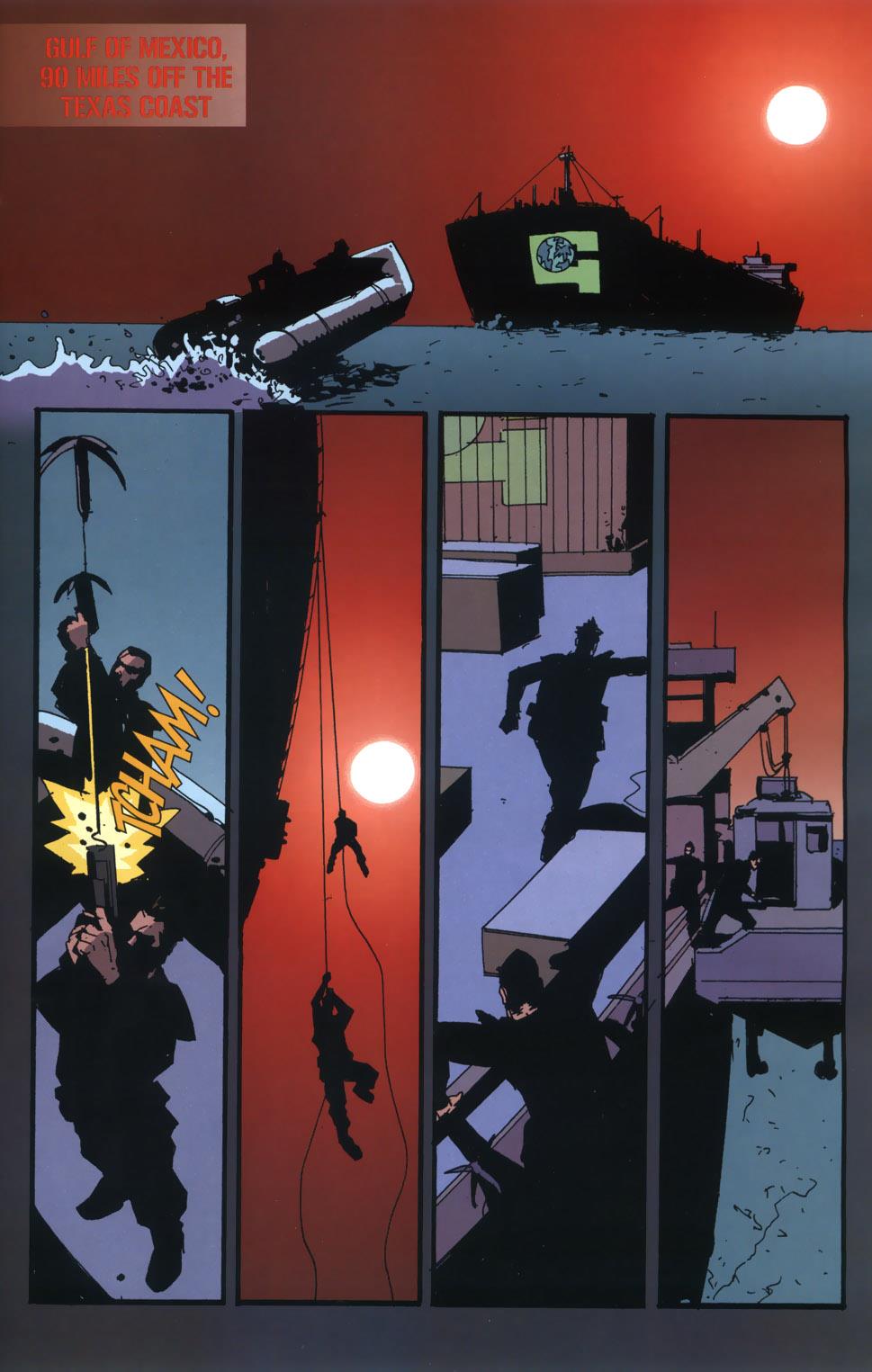 With a film adaptation of The Losers due to hit the cinemas in 2010, the original series of graphic novels was re-formatted into thicker books, and what was Ante Up and Double Down became Book One.

Andy Diggle’s plot is a widescreen action thriller on paper, as if Andy McNabb or Robert Ludlum had written a graphic novel. In the 1990s a team of specialist US troops are sent to Afghanistan on a mission that’s to be co-ordinated by a CIA handler, Max. It goes horribly wrong – the details are provided in Book Two – and while the team survive, they’re presumed dead. This provides an advantage, and with one addition they pool their knowledge determined to root out the corruption in the CIA.

It’s only the female member of the team, Aisha, who’s given anything other than the most cursory of touches with the character brush until midway through the book. She’s well conceived, capable and terrifying: “I once collected human ears. I’d gathered three dozen pairs when a feral dog came into our camp one night and took them. But the dog was good eating.” We learn that team leader Clay is single-minded and resolute, Pooch is a family man, Jensen is verbose and wacky, Cougar is taciturn and damaged and Roque… well, you’re better off discovering Roque for yourself.

Although the Losers are involved in several missions, it’s not immediately apparent from the opening chapters that the entire series is one long staged progression. Each completed mission delivers a few more clues of the puzzle, with a recovered laptop instrumental in leading them from Houston in Texas in the first half the book, to Montserrat in the second.

Diggle’s a firm believer in the dictum of Chekov’s Gun when it comes to his plots, whereby if a gun is shown on the wall in the first act it must have a bearing on later events. The Losers fly into Montserrat over a gently simmering volcano. These hints are sometimes better concealed, but for the most part throughout the series, if you see that volcano, you’re going to see it in action.

It’s not necessarily going to be the most dynamically drawn action, though. Main series artist Jock isn’t one for depicting any more than the barest of detail, frequently swathed in dark shadow irrespective of the prevailing light. There is the occasional nice silhouetted effect, but that doesn’t compensate for the static quality of the art. Jock’s not helped either by colourist Lee Loughridge, who appears to pick a random colour for each page, then supplies shades of it across the entire scene. It’s a great relief when the more accomplished Shawn Martinbrough takes over for a couple of chapters.

If all this sounds rather dispiriting and mundane, there are plenty of people who disagree, and the opening sequence was considered worthy of nomination for an Eisner Award. 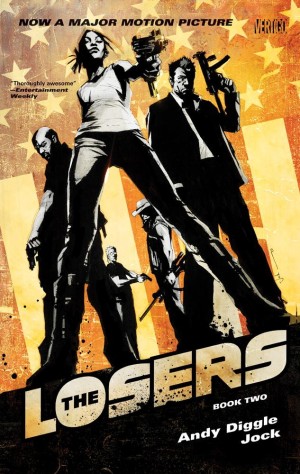