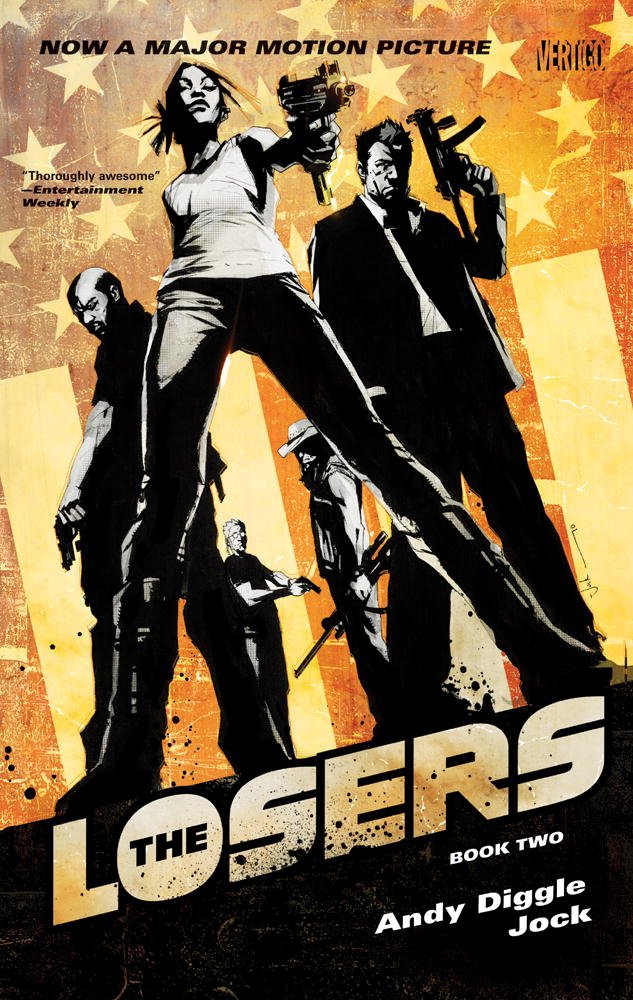 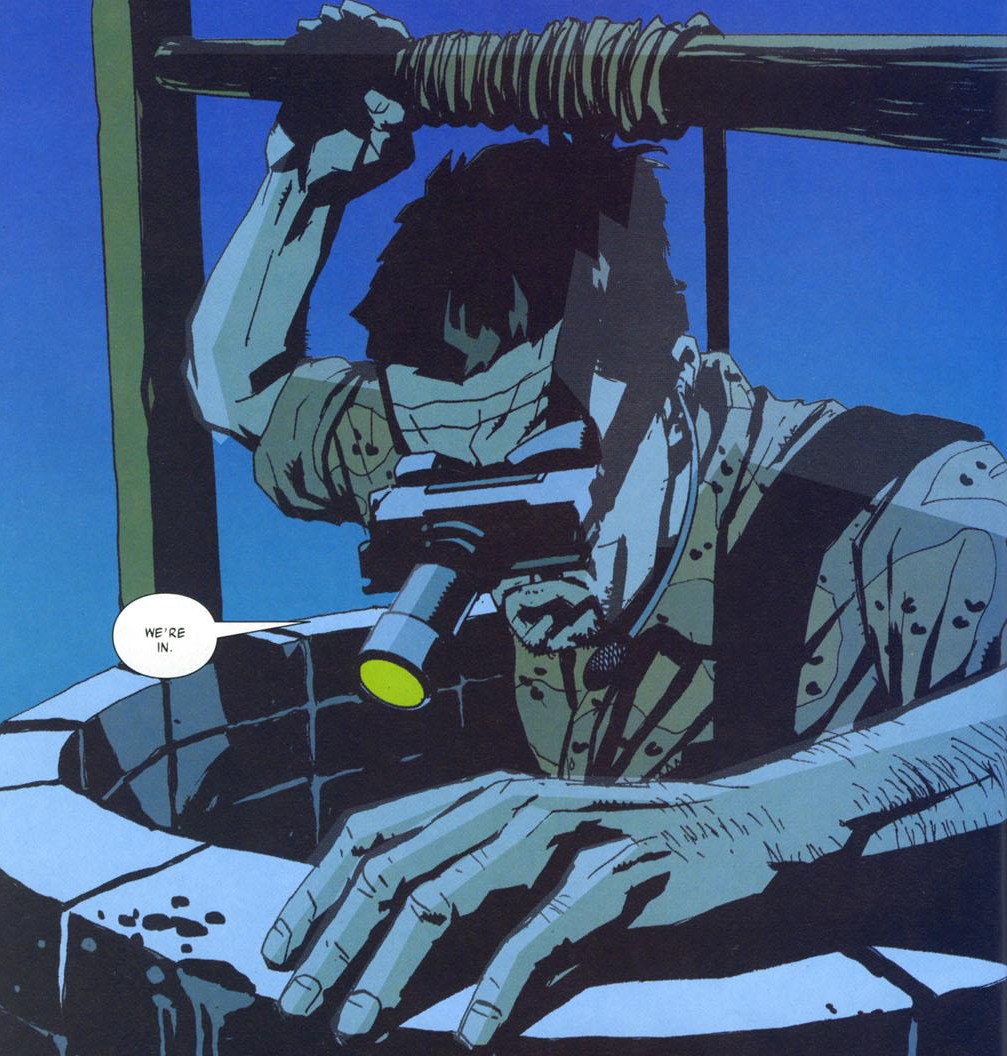 This second bulky collection of The Losers completes the original series of five books as written by Andy Diggle and primarily illustrated by Jock. It was issued to coincide with a film version, and gathers the collections Trifecta, Close Quarters and Endgame.

The Losers are a team of military specialists who were hung out to dry and believed dead after an operation in Afghanistan when their CIA handler decided on a scorched Earth solution rather than chancing they might escape to reveal the truth. They’ve undertaken a mission of vengeance against Max, but in tracking him down have revealed that he has grand plans of his own.

Early chapters here relate the mission that formed the Losers, and largely lack the shock value that’s surely intended. Some of this is down to artist Jock’s inability to handle any emotional content, some of it to the bizarre two tones to a page colouring of Lee Loughridge, but Diggle’s plot also has predictable elements and is stretched too far.

When the fill-in artists are consistently better than the series mainstay there’s a problem, and that’s the case here. Nick Dragotta, Alé Garza and Colin Wilson are all either working from Jock’s layouts or producing pages emulating this aspect of his style, and they’re all far better able to convey movement and character, and their pages look more interesting as they also supply background detail (Garza less than the others). Ben Oliver takes Jock’s habit of slopping shadow over the cast’s faces to ridiculous extremes, though, and is the sole replacement artist just on a par.

Diggle’s bigger picture gradually pulls together, but he blows it with a lacklustre finale. Max, carefully cultivated throughout as an immensely capable man of mystery, requires some explanation, and it’s second rate. His masterplan only just avoids Austin Powers territory (“When the dust settles the planet will be American and our children will sing songs about us”) and it’ll be a novice reader who doesn’t see some of the twists coming. The action aspects work a little better, and a scene featuring the American president and his officials is dryly scripted, but overall The Losers loses its way.

Take a look at the suggested reading for far better action thrillers.