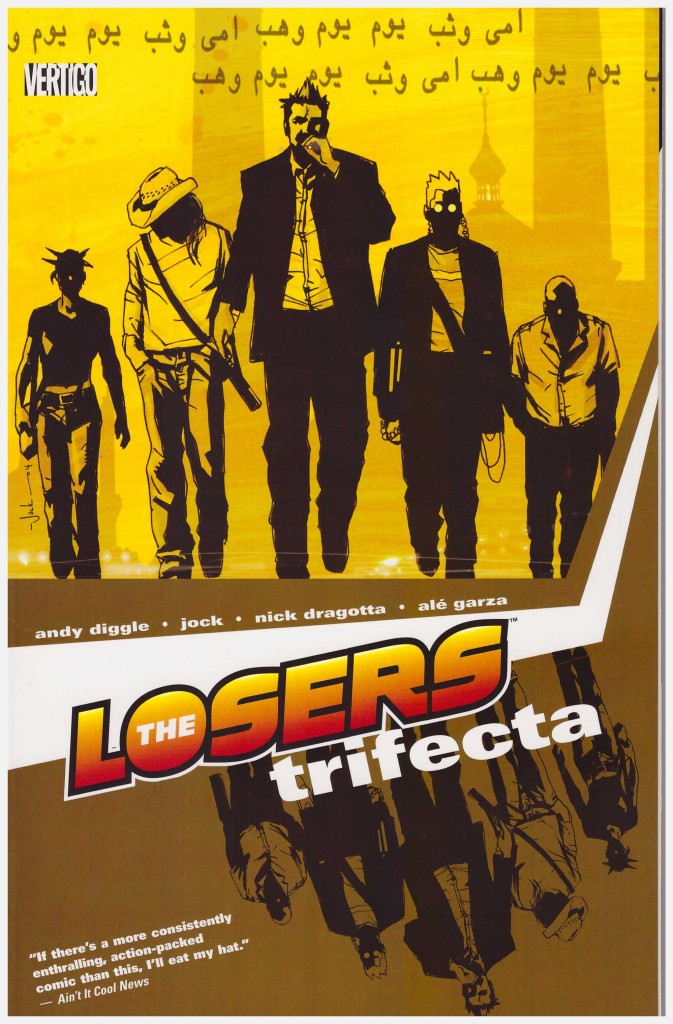 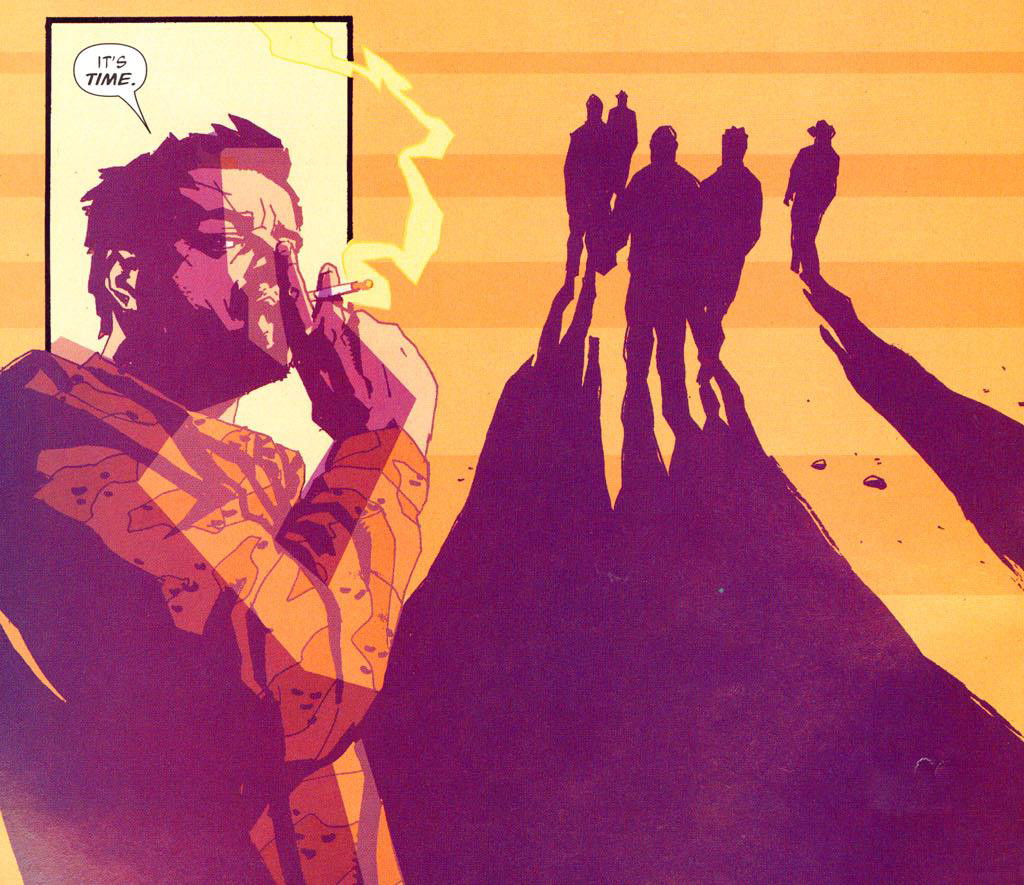 An interesting aspect of The Losers is how Andy Diggle is utterly plausible with his portrayal about how vast swathes of the world outside the USA view the CIA and their activities. There’s absolutely no prevarication about the portions of the organisation he’s spotlighting taking a massively inflated view of what best represents American interests. Central to Trifecta is a Qatar based CIA unit whose mission is to encourage activity designed to stimulate a terrorist response. “Lures ’em out of hiding, doesn’t it?” is the glib explanation.

Trifecta is peppered with similar appalling justifications – “The enemy of my enemy is my friend”, “the road to ruin is always kept in good repair”, “war makes strange alliances”, and “the only way to truly win a war is to be on both sides.”

In Double Down the Losers learned more information about the mysterious Max who set them up, namely that he’s purchased an old oil rig from a Qatari prince, so off to Doha they go. This is no subtle arrival, though, and they’re rapidly tossed into the middle of opposing factions who both need to maintain a level of discretion, but who both also have no compunctions about setting off a war.

Diggle continues to drip-feed the bigger picture as the Losers travel further afield to locate clues about what Max is up to. On one such trip we’re told the story of the deaths they avoided. It’s disappointing, with much of what’s been previously hinted at or even mentioned spelled out in bold and a giant font. The way the series was set up, these events needed told at some stage, but it could have been better.

Having noted that, while Diggle’s not one for surprises in his plots, he throws in a spectacular revelation to ensure everyone will be picking up Close Quarters.

Primary artist Jock continues applying the minimal effort to his storytelling, throwing shadows over faces and not bothering with backgrounds if he can avoid it. He’s not helped by Lee Loughridge’s colouring, which largely involves picking one or two colours and applying varying shades of them across the page before switching for the next page. To see what can be done with the art, check the first two chapters, where Nick Dragotta works from Jock’s layouts, but supplies a far more rounded and convincing environment. Alé Garza also illustrates a chapter, and although American he has a very European adventure comics style.