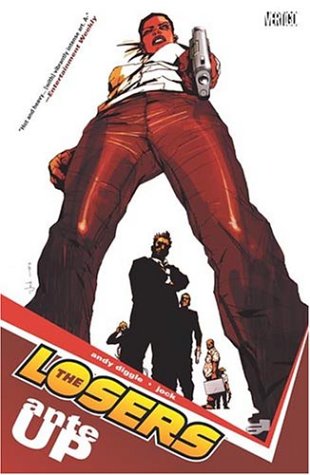 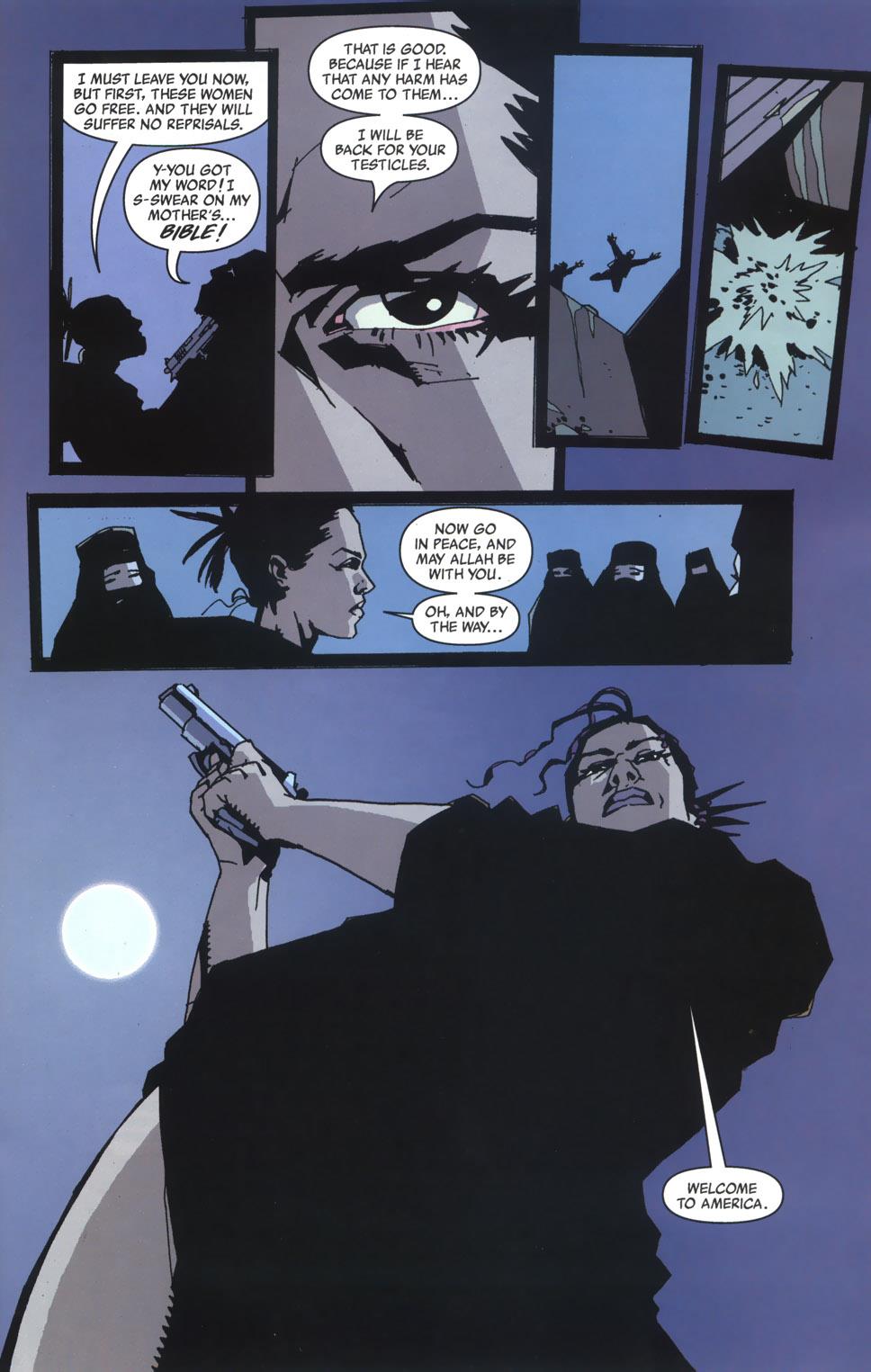 In the Vertigo tradition, The Losers has a connection to an older DC series, which was set during World War II. Writer Andy Diggle merely appropriated the frankly intriguing title and the military aspect and applied it to a new concept, one with a few nods in the names to DC war characters. His premise had a core strength prompting a relatively rapid adaptation as an action thriller movie, albeit a film that failed to establish a franchise.

The focus is on a group of six people, five of whom are ex-military personnel who were part of a Special Forces mission that failed spectacularly. They believe they were sold out by their CIA handler, Max, who in turn considers them dead. Having survived, their aim is to settle scores while also revealing endemic corruption within the organisation. Each has a speciality, other than all-purpose killer Aisha, the sole female member. She wasn’t part of the original mission, yet also carries a grievance against Max, and is the scariest of the bunch: “As a child I moved through the battlefield and slit the throats of screaming Russian boys… and yet perhaps you expect me to be afraid of you.”

A caper quality infuses Diggle’s plotting, and he takes his material from real world incidents, if not all 21st century occurrences. There aren’t many American graphic novels casting the CIA as the bad guys, yet Diggle is matter of fact with his revelations. These are secondary to the fast moving, if strictly linear, plot that hits all the right beats for movie adaptation, although there is a tendency to expository dialogue. The twists are good, and if character definition is barely a concern, the pace is forced fast enough to gloss over this.

Jock’s art has a spartan quality. The action sequences are well choreographed, but otherwise if it’s not human or hardware he’s not very interested in drawing it, and if it is human it looks extremely static. This results in page after page of shadowy heads, extreme close-ups, silhouettes against coloured backgrounds, or the merest suggestion of location, and it’s unsatisfying. Enough people disagree, as these issues earned an Eisner Award nomination for Best New Series.

It’s not obvious that Ante Up is but the first part of a continuing and complete saga that occupies all five books of The Losers, and it continues in Double Down. 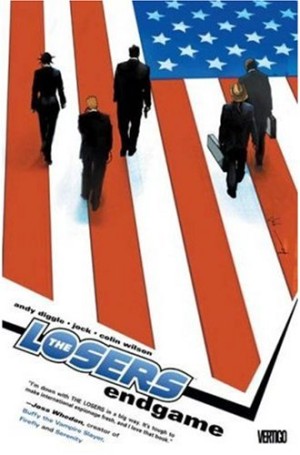