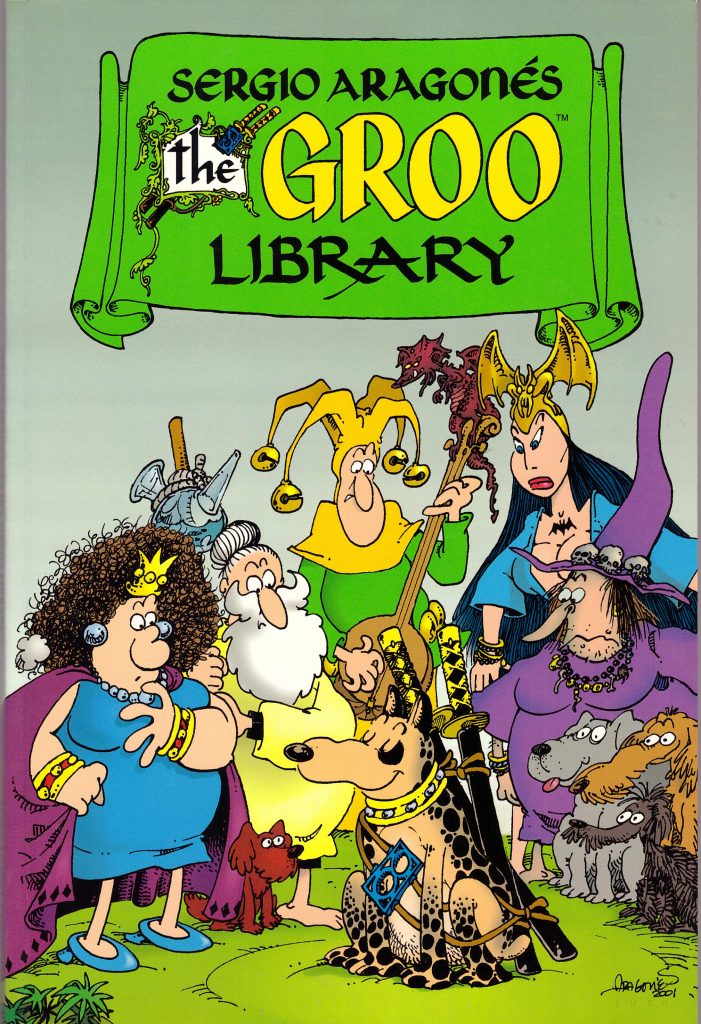 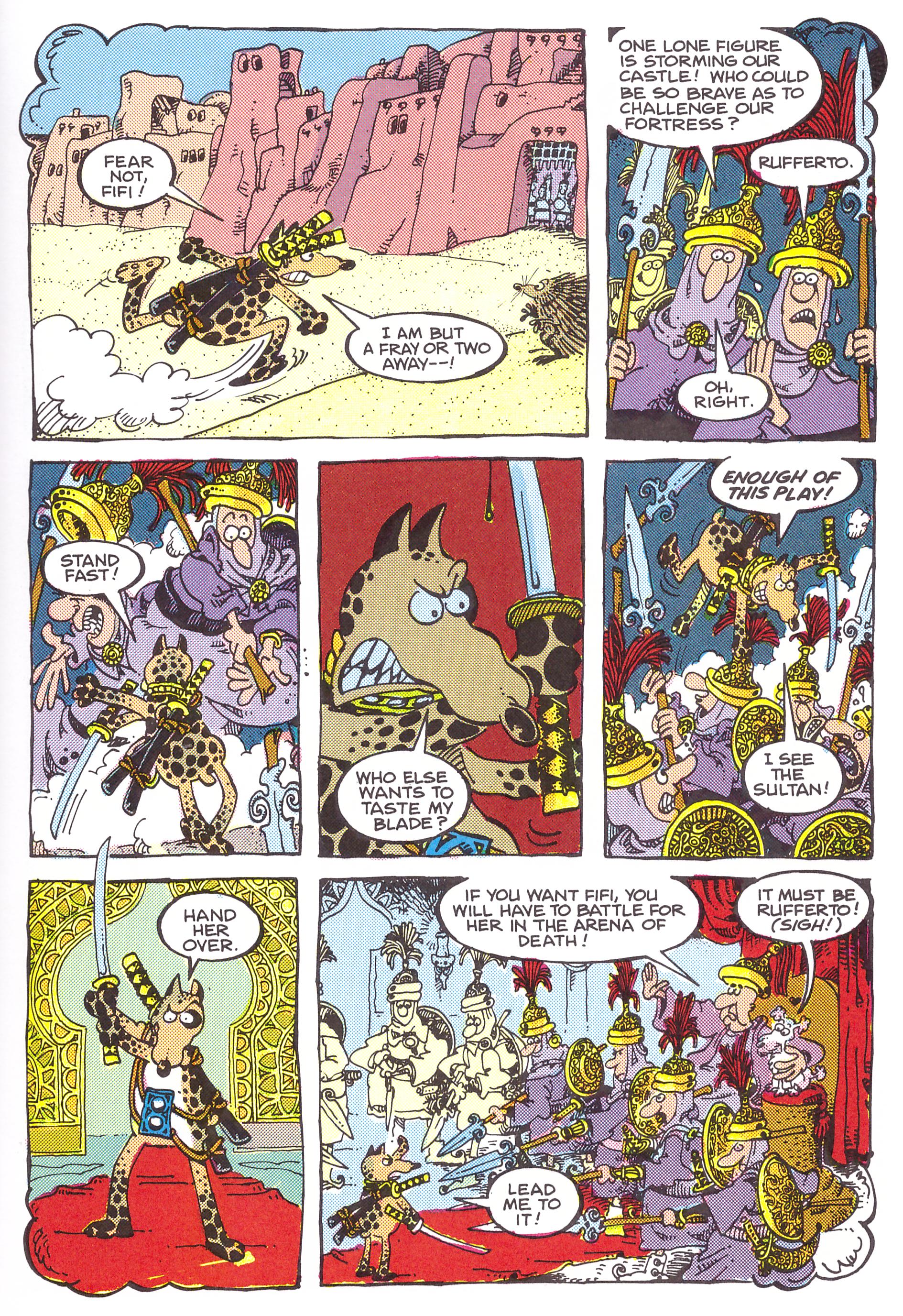 The way the pagination falls across the series and the sheer amount of work Sergio Aragonés and Mark Evanier put into Groo means there’s the occasional volume where the quality dips, and The Groo Library is one of those. To put that into perspective, however, were it the work of a new creative team it would be praised to the skies for the fantastically detailed cartooning, wonderful character design and story variety. Compare it with the previous Groo Kingdom or the following Groo Maiden, though, and it falls short.

In The Groo Jamboree Aragonés and Evanier introduced the idea of Rufferto having fantasies about being a brave warrior like his master Groo, and undertaking heroic acts. It’s not an idea entirely without charm, but almost an entire story of it diminishes that charm considerably on the basis that it’s simply not as funny as a regular Groo story.

Okay, you may think, no matter, as we have three of those to compensate. Well, not really, as the second story is also much occupied with Rufferto’s heroism and last minute escapes while Groo behaves as the idiot he is. ‘Rufferto Reality’ reads better than the opener, as the continual frying pan into fire series of escapes is imaginative. However, it’s still not the full Groo experience. As funny as Rufferto can be, promoting him into the lead is like taking Joey out of Friends and building a series around him.

The way to use a supporting cast is the way they’re used in the third story, with a fair amount of Groo’s friends and foes involved in Arcadio’s attempt to steal a jewel from an impossible location. The simple basis of what unfolds is Groo’s complete lack of comprehension regarding what a percentage is. Much of Groo’s humour overall stems from readers knowing something the cast don’t and watching an inevitable catastrophe build, but on this occasion the ending is predictable with no great pay-off or twist. It does feature a great Rufferto visual moment as using the materials available he costumes himself as Arba in order to prompt Groo’s feeble memory.

‘The Protector’ concludes matters, and is The Groo Library’s saving grace, as Groo wanders into an area where he has no reputation (yet), and where people are prepared to treat him as a hero. Of course, we know that’s not going to last long, but the creators wring a good slapstick plot from bandits having to disguise themselves and this time there’s more fun to be had from the repetition, not least because it’s visual rather than verbal. As Evanier points out in his afterword, Groo is for the most part a series where anyone can pick up any volume and dive right in. Unusually, then, the final page, if not a cliffhanger, is an ending that leads into The Groo Maiden.