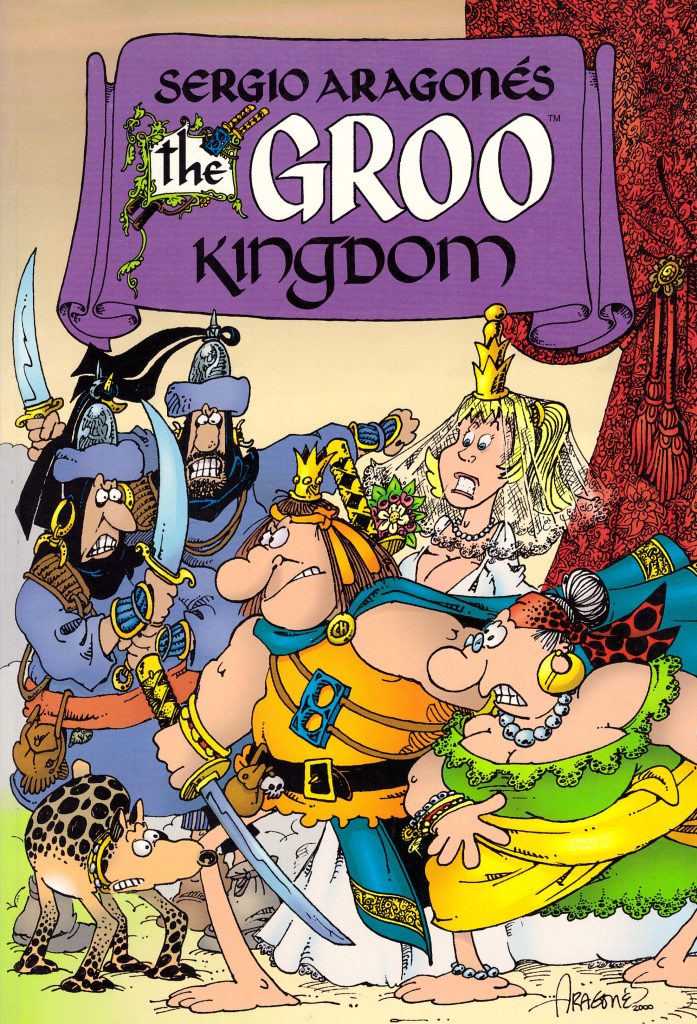 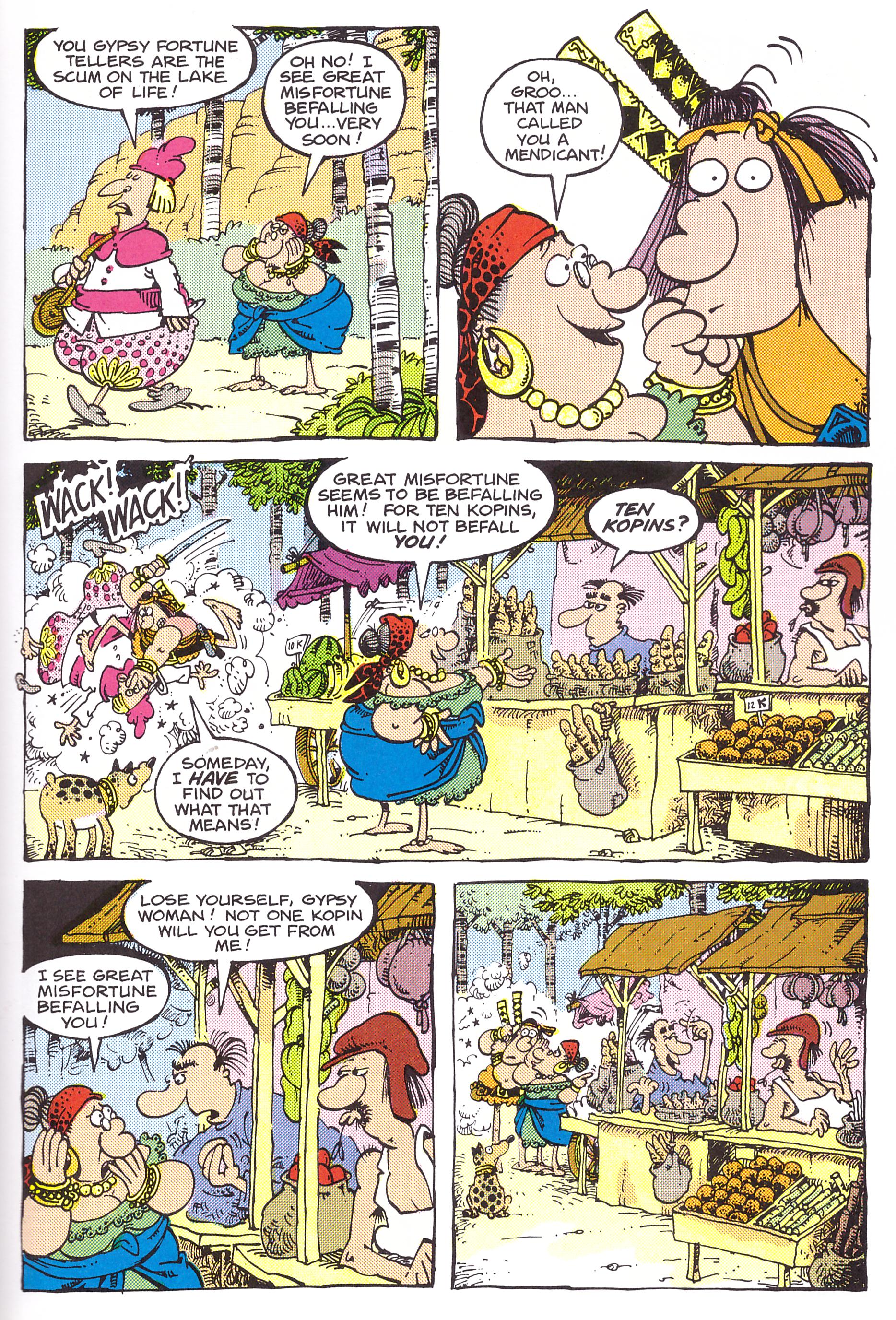 It’s hard to believe there’s someone familiar with Groo who doesn’t see him as some form of dangerous pestilence, but then not everyone has raised him. That honour falls to Granny Groo, introduced in this selection, who looked after Groo from his infancy. She’s entirely unscrupulous, and bears about as much family love for him as his sister, only having a use for him as long as he can make her money. As we see in a selection of flashbacks about the disasters of Groo’s youth, his stupidity frequently ensured that wasn’t the case. However, it’s an older and wiser Granny in the present day, and she’s finally able to earn something from Groo by playing on his fearsome reputation. He, of course, believes his granny loves him, all evidence to the contrary notwithstanding.

Granny Groo isn’t the only schemer in her travelling community, and there’s an old trick in which Groo might be some use, so among other treats we’re presented with Groo’s wedding. After that Granny Groo resorts to the tried and trusted strategy of selling Groo to someone. Usually the plan is that she’ll retrieve him at a later stage…

The final story concerns the stench of Groo. No, it’s not the latest offering from Paco Rabanne or Ted Lapidus, but the cause of him requiring some new clothes. Sergio Aragonés and Mark Evanier mine the theme of the clothes making the man, and prove Groo can cause disaster however he’s dressed. We’d expect nothing less.

It all seems so simple. Here’s another Groo paperback. Here are another four Groo stories. Each of them is hilarious, and the cartooning is superb. It all falls together smoothly. That belies the hard work put in by Aragonés and Evanier ensuring everything slots together so precisely, and the many, many hours Aragonés puts in over the drawing board. He has a reputation for being a fast cartoonist, but even so the spreads over the second and third pages of every story are astonishing panoramas packed with little background gags and incidents, and every story has a couple more pages displaying the same dedication.

An afterword by Evanier rounds things off, as he explains how the final panel to the first offering was almost deleted by censors. The Groo Library is next. Anyone wanting to explore Groo’s youth further is directed to The Life of Groo.