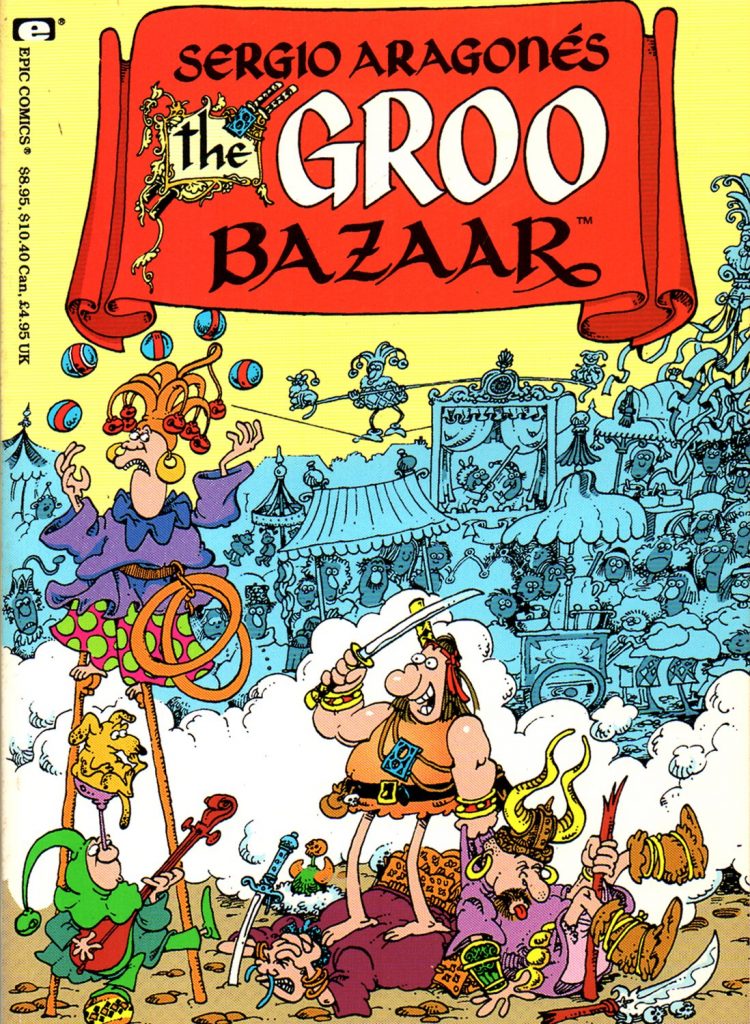 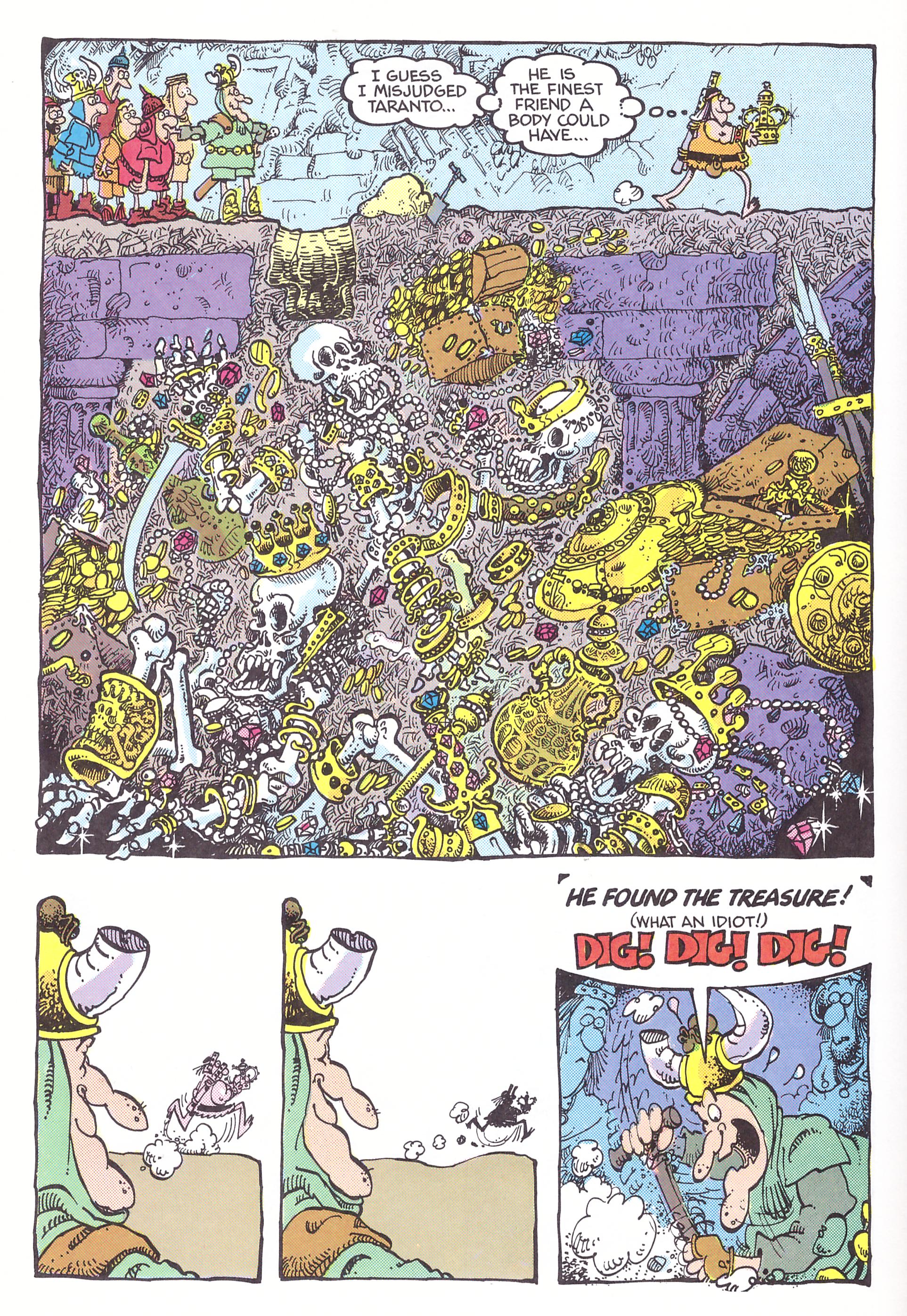 As was the case with the four stories found in The Groo Adventurer, this material was first published in 1985, but could easily enough be from thirty years later. This is partly because Sergio Aragonés and Mark Evanier mine a formula extremely successfully, and partly because they were already at the top their game when they began Groo. Once again, the sheer amount of background detail Aragonés supplies would drive many artists demented, and these are fully realised backgrounds with their own gags and activities. Groo himself has been slightly modified over the years, his twisted, broken nose no longer as pronounced being one change.

Although this is early Groo, it had already been established that he somehow contrives to sink any ship he sets foot on, so when he takes his place on a slave ship in the opening story, the omens aren’t good. That’s followed with a quest for a ruby, a meeting with some ivory poachers and some problems in a hidden city where there’s treasure to be found. Unfortunately it’s also a holy burial ground to a tribe of ape men

The slavery story is more a general comment on slavery as it was in the past, but the ivory poachers are an early example of Aragonés highlighting a modern day matter in an ancient context. While this isn’t as overt as some of his later parallels, he publicises the slaughter of elephants for their tusks, and the horrors of it. Is it strange that one of the most deliberately stupid characters ever conceived for comics can see the iniquity of ivory poaching, yet it would be several more years before global restrictions on trading ivory were tightened?

Bazaar also sees a rare solo outing for the Sage, a short strip Evanier’s afterword notes as the repository for the intelligence lacking in the main strips. Like Groo, the Sage wanders from town to town, and for all his intelligence, slapstick remains the prevailing medium, but along the way we’re treated to a succession of serene wise thoughts. It works its way to a good pay-off, but otherwise isn’t as funny as Groo. That’s even in the company of a sort of average Groo selection.

That’s no slight on the art. Perhaps Groo having to dress up as an ugly woman isn’t quite as funny as Aragonés thought, but he certainly milks it visually, while the detail is still astounding. Imagine how other artists would draw the top panel on the sample page with the soldiers marching above Groo’s head. Not with the decoration adorning the shin armour, that’s for sure. And there’s a phenomenal Groo full page to end the elephant story. We don’t want to give it away, but it’s an all-time great. The Groo Carnival is next.