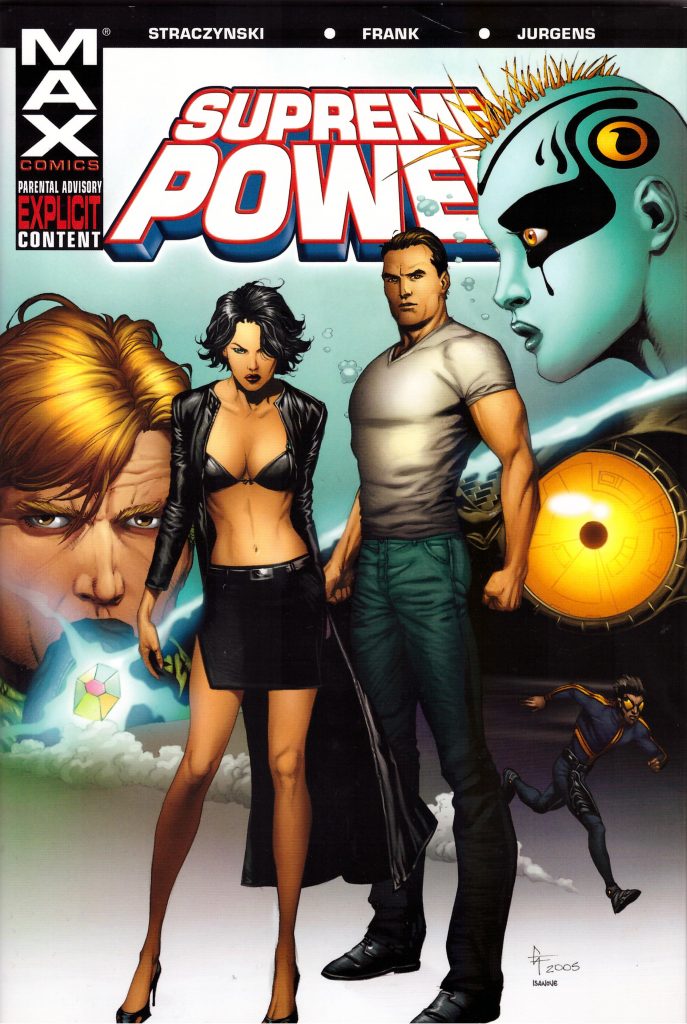 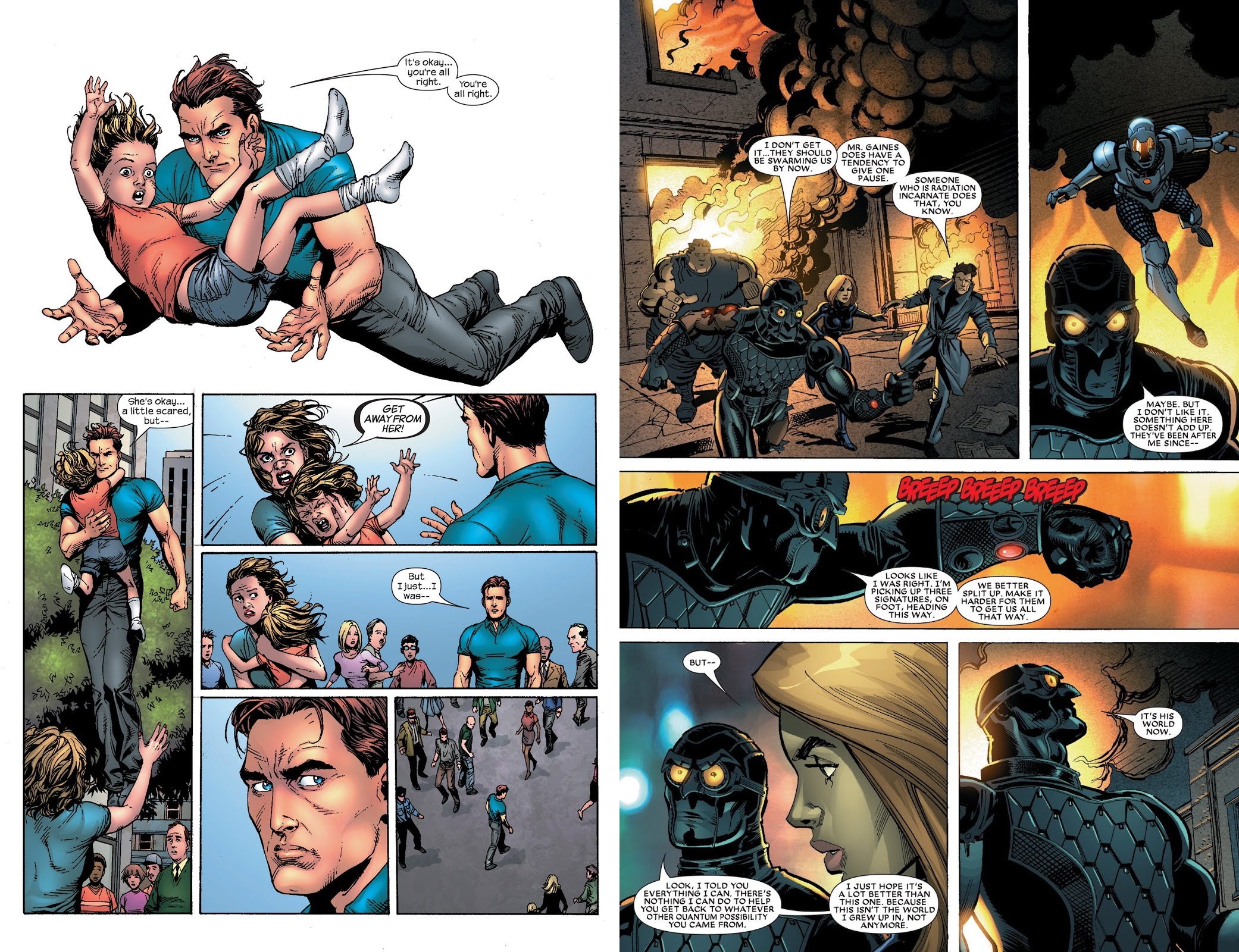 A second hardcover volume of Supreme Power completes the original series and incorporates, the Hyperion graphic novel, the only one of three tie-ins written by series creator J. Michael Straczynski.

The closing chapter to volume one revealed there were more people with super powers than first assumed, and that some of them were the result of government experimentation on criminals, who then escaped. Furthermore, Hyperion, raised from infancy conditioned to be a potential weapon has begun to have serious doubts about his planned future. That plot continues throughout, with Hyperion powerful beyond anyone else on the planet, but the government as represented by General Richard Alexander remaining entirely confident they can have him toe the line again. “There are all kinds of ways to hurt someone”, Alexander tells Hyperion, “and some things once done cannot be undone”. It’s an enjoyable plot, the balance shifting one way, then the other throughout the book.

Of the two artists involved, Gary Frank on the opening half is better than Dan Jurgens on the remainder. Jurgens is a good superhero artist, but one who illustrates in broad strokes. There’s far more emotional depth and nuance to the pages supplied by Frank, necessary for a series without thought balloons or narrative captions. Actually, Straczynski breaks that rule for the second story, which requires some narration explaining events of the recent past. That introduces several new characters, one powerful enough to go head to head with Hyperion physically, another who sifts through quantum realities to work odds in her favour, and the smartest man in the world, modesty not permitting Emil Burbank to note he’s also the most sarcastic. Straczynski enjoys writing his dialogue. This is also a deliberately more violent story than the previous volume, and Frank’s excellent at showing the consequences in a shocking manner far more explicitly than usually seen in superhero comics.

That second story starts well enough, but devolves into a more standard game of superhero cat and mouse, and increases the large cast Straczynski’s introduced still further. There are now equivalents of almost every pertinent character from the 1980s Squadron Supreme graphic novel on which Straczynski loosely based his story.

Supreme Power continues to progress as thoughtful, intelligent and surprising. If you enjoyed the first hardcover, the chances are you’ll enjoy this also, although if preferred the content is also available in paperback as High Command and Hyperion. The next hardcover following the story is Squadron Supreme: The Pre-War Years, but both Doctor Spectrum and Nighthawk graphic novels occur between and aren’t available in hardcover. Straczynski isn’t involved with either, and neither is essential reading.