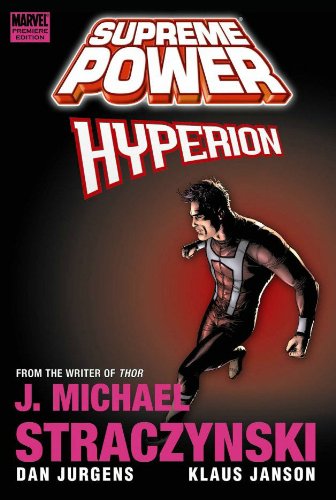 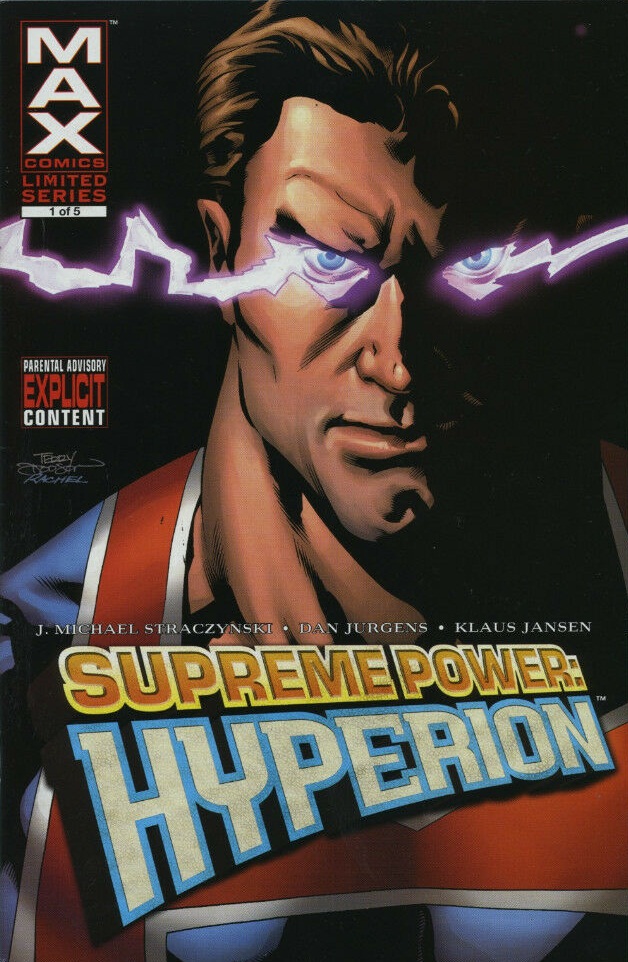 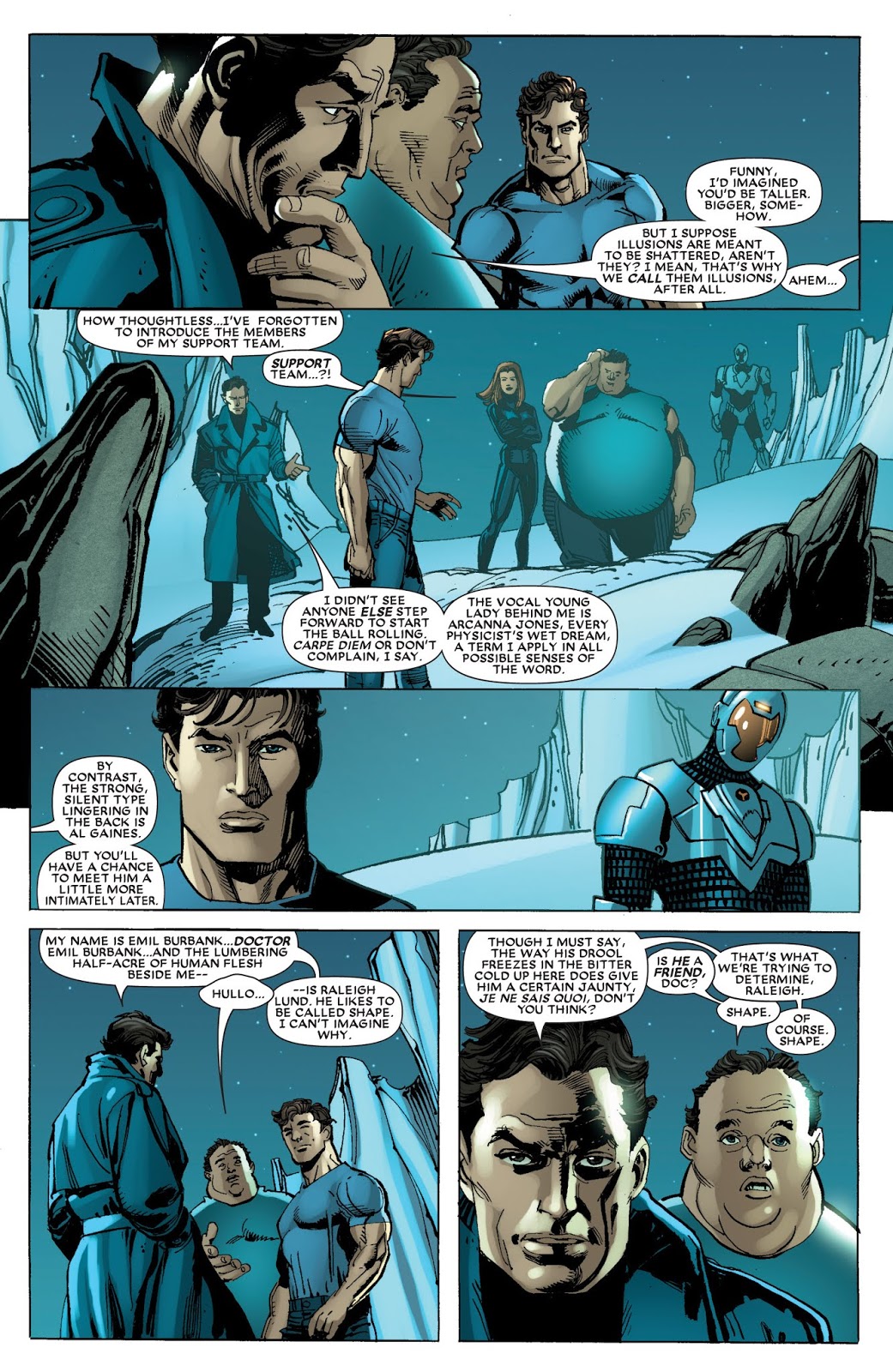 Hyperion is his world’s Superman equivalent, but raised from infancy under government supervision. On discovering the deception and manipulation employed in his upbringing, Hyperion rebelled, and concluded High Command by sending what he considered a definitive message about further attempts to control him. Unfortunately, the military mind is never one for compromise, and while there’s a weapon to be had, they want it. To this end J. Michael Straczynski introduces his versions of four further characters associated with the Squadron Supreme in older incarnations, all supremely powerful or smart, and dispatched to bring Hyperion back under control.

They aren’t the only plot points from Mark Gruenwald’s Squadron Supreme project that Straczynski reworks. Arcanna Jones sifts through alternate realities locating quantum possibilities, an intelligent updating of the previous version. “Where does science end and magic begin?” is the question posed with regard to her capabilities. However, the use of those powers is unpredictable, and results in a world where Nighthawk is the final bastion of resistance, his bigoted nightmares having come true.

Unlike the core Supreme Power series, this is drawn by Dan Jurgens, a decent superhero artist, who ensures the action scenes look good and the layouts are clear, but who works in standard superhero style. He’s not really helped by the inking of Klaus Janson, with the strengths of both artists lessened slightly by their collaboration. These pages also lack the subtlety of Gary Frank’s work on the main series, and were it not for the captions there are few points where you’d be able to work out a mood from looking at a person. Jurgens is capable of surprising, though, and his best sequence extrapolates on the spacecraft that brought Hyperion to Earth.

Straczynski obviously enjoys writing the dialogue for Emil Burbank, supposedly the world’s most intelligent man, but constantly sarcastic, arrogant and unpleasantly bullying with it, his most frequent victim the well-meaning, but dim Shape. Flying nuclear reactor Nuke is the least developed, depressed at his condition, yet more than capable of taking on Hyperion. Their introduction and initial confrontation with Hyperion prove the strongest moments of a story that’s never less than competent, but more concerned with introducing a bigger picture and another element of suspense to Straczynski’s overall story. The final three chapters construct a quantum possibility, but are ordinary in comparison with Straczynski’s work on the series to date.

Stories about Doctor Spectrum and Nighthawk run concurrently with this, before all the main characters converge again as Squadron Supreme: The Pre-War Years. This content can also be found in the hardcover Supreme Power Vol. 2. 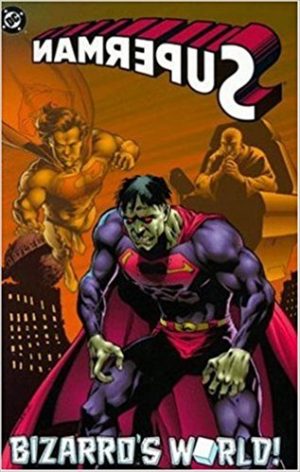