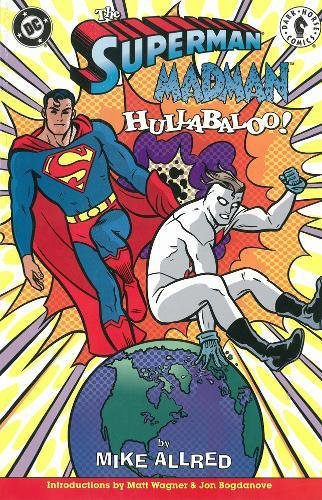 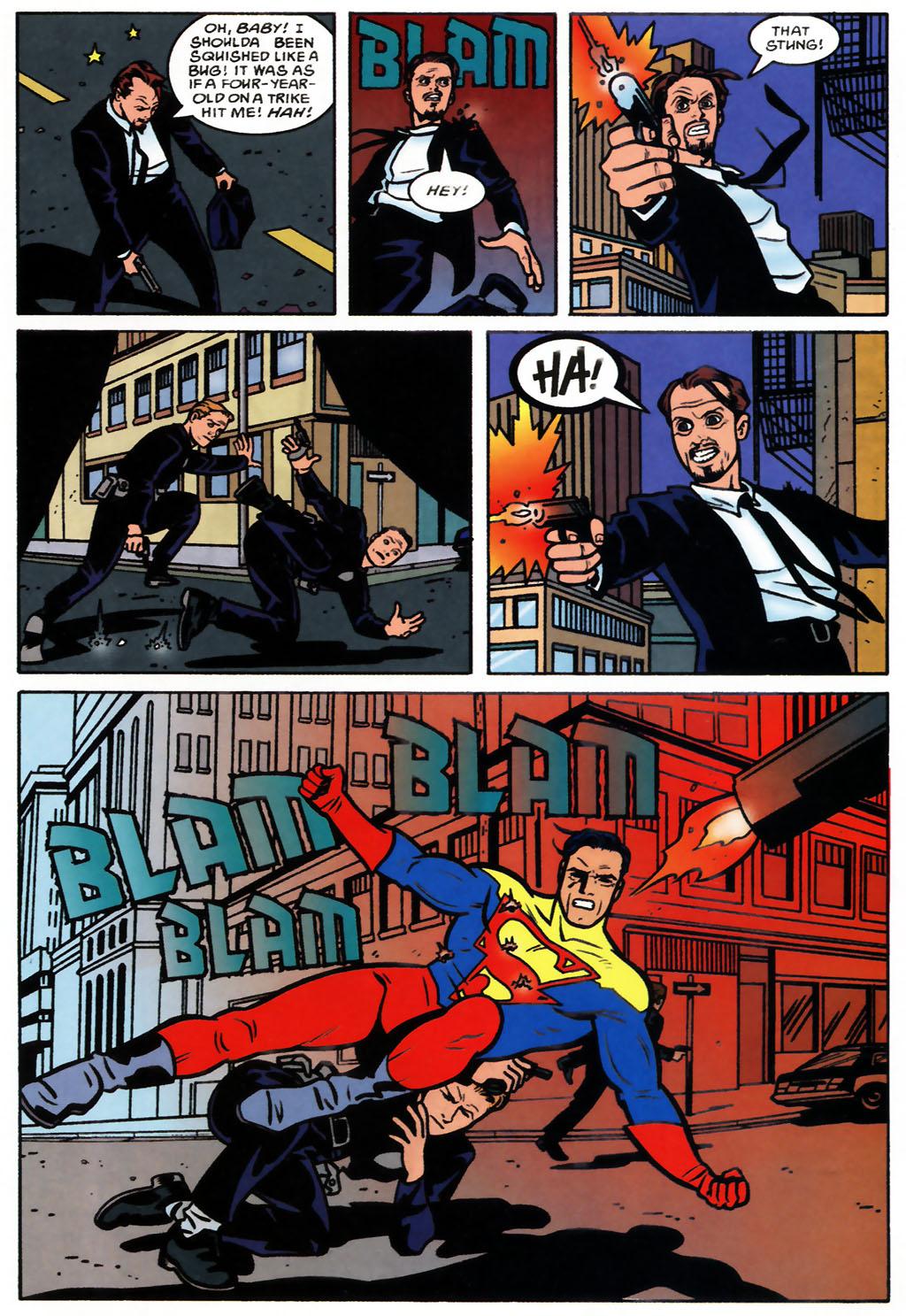 If there’s a mainstream superhero approaching Madman’s idealism and faith in humanity, it’s Superman, but even so, teaming them seems somewhat the stretch. It wasn’t.

Michael Allred circumvents that in the first instance by each taking part in an inter-dimensional experiment simultaneously. What emerges are two distinct beings, but with their powers and costumes merged. Superman’s mind ends up in Buzztown on Madman’s world, his powers considerably diminished, while in Metropolis on Earth an enthusiastic Madman is astonished to discover the new abilities he now has. The problem becomes not only how to return them to normal, but to corral Superman’s missing powers, which have been spread far and wide.

In terms of promotion, at the time this was originally published in 1998 Allred was definitely reaching out to a new audience, but anyone tempted in to Madman’s world by Superman is surely in for a pleasant surprise, although may be puzzled by some of the supporting cast, which includes the alien Mott. Madman is a feature into which Allred can pretty well channel anything he likes, and he doesn’t let Superman’s presence change that. We have Mr. Pink from Reservoir Dogs, plenty of Jack Kirby style machinery, the beatnik thugs who feature regularly in the Madman stories, a Superman villain we don’t meet until late on, but responsible for much of what’s happened, and the most novel way ever of ending a menace. Honestly. Allred deserves a medal for the sheer gumption of the conclusion, but it works. He also splits the story up into three distinct chapters, throwing in the poetic and the spiritual. If you spent some time with Superman, would you consider asking him if he believed in God?

The over-riding mood is unpredictable fun, and all these years later that still shines through. One to investigate.