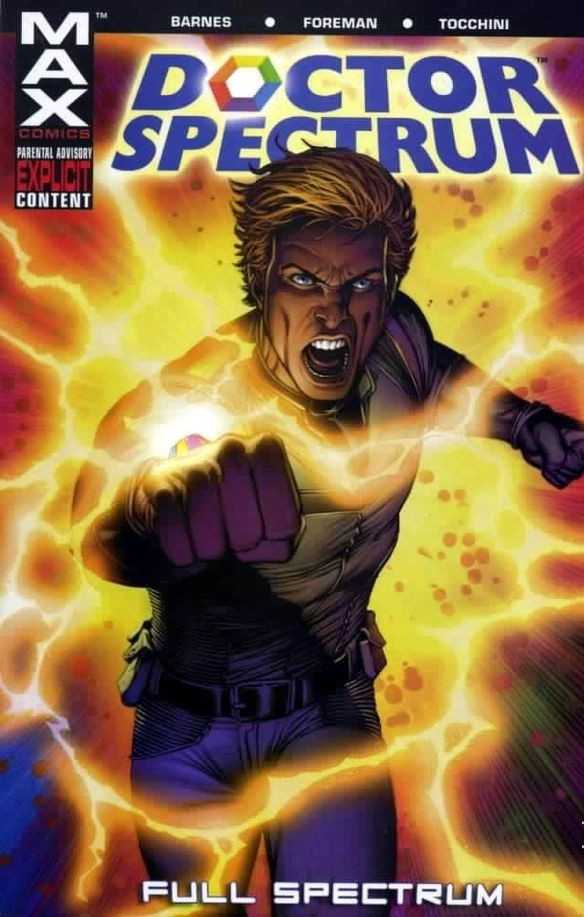 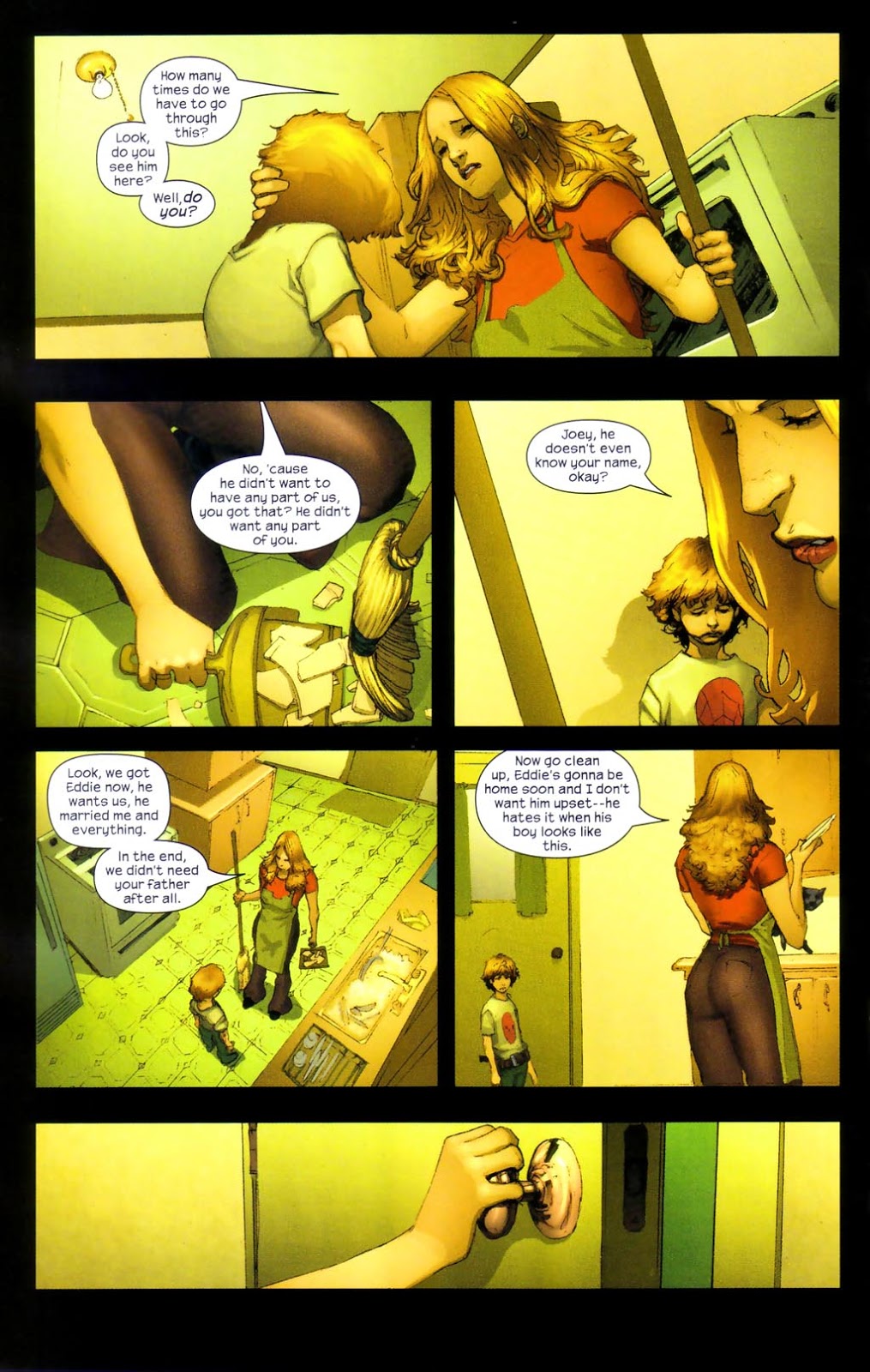 Joe Ledger is career military, reliable and focussed, just the kind of man who might be able to make use of an alien crystal without burning out as soon as he touches it as others have. His transformation to Doctor Spectrum was seen in Supreme Power, but repeated here for good measure, and left the crystal embedded in his hand. An opening chapter repeats other moments already seen in Supreme Power, writer Sara Barnes sifting these with what come across as random incidents from Ledger’s past as he remains unconscious after first contact with the crystal.

Despite the graphic novel being distanced by not having the Supreme Power title, the quality and thoughtful characterisation offered in that engenders an expectation, so the pages of Doctor Spectrum turn and turn, and it gradually dawns that it’s not going to improve. Barnes has Ledger battling with a controlling entity within the crystal, but the entire conflict taking place in his mind as he lies comatose. The oppositional entity is given dialogue like “You’re getting stronger, I’ll give you that, but never forget I’ll always find a way in. Into you. You can’t beat yourself Joe.” This is cut with Ledger recalling important moments from his past, and as this occurs there’s a battle in the conscious world between the authority wanting to weaponise him and a more concerned doctor. It’s all extremely predictable, lacking a singular moment that would elevate the story into something better.

Travel Foreman’s art has a sense of humour to it, among other visual items being Ledger bullied at school by more realistically drawn versions of Nelson Muntz, Jimbo, Dolph and Kearney from The Simpsons, but it’s rarely better than average otherwise. He can’t impose a location, and too many people operate in almost empty rooms. Greg Tocchini’s layouts for the final chapter are better, but he’s obviously being rushed to complete the story for a deadline.

Doctor Spectrum is an unnecessary protracted version of events already covered by J. Michael Straczynski in Supreme Power, where all the necessary information was succinctly provided. The fleshed out background doesn’t add to the bigger picture, nor is it compelling enough to sustain the graphic novel. Beyond that, given it’s essentially a recap of who Doctor Spectrum is in a graphic novel titled Doctor Spectrum, it’s not unreasonable to expect some explanation of the silly name. That we don’t get it indicates how just filling pages and gathering dollars is the priority. If you enjoy Straczynski’s Supreme Power you’ll only find disappointment here, and don’t need to bother with it.