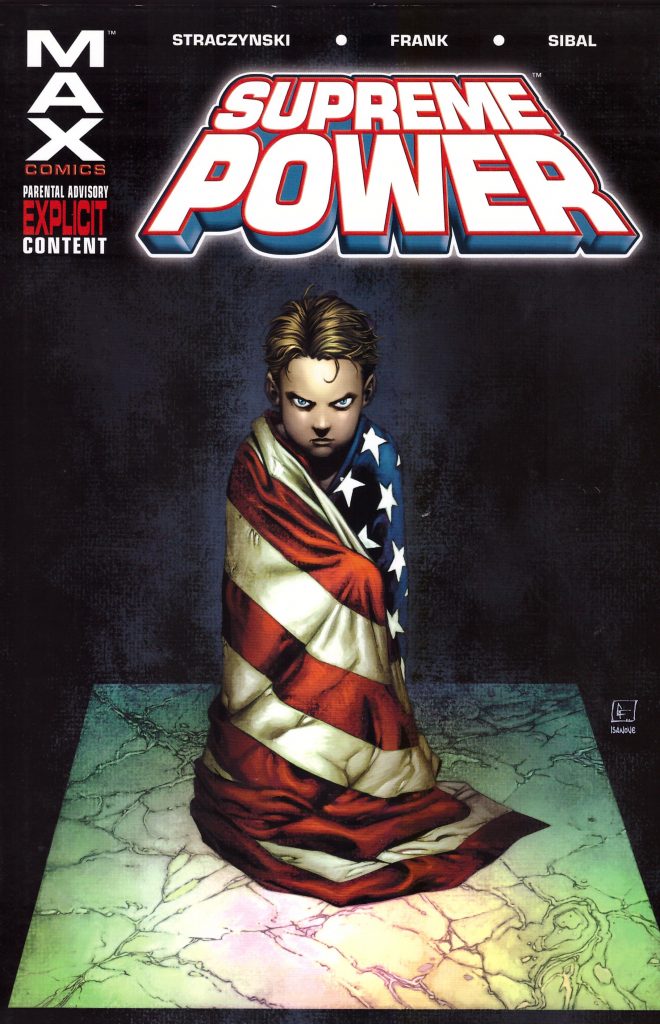 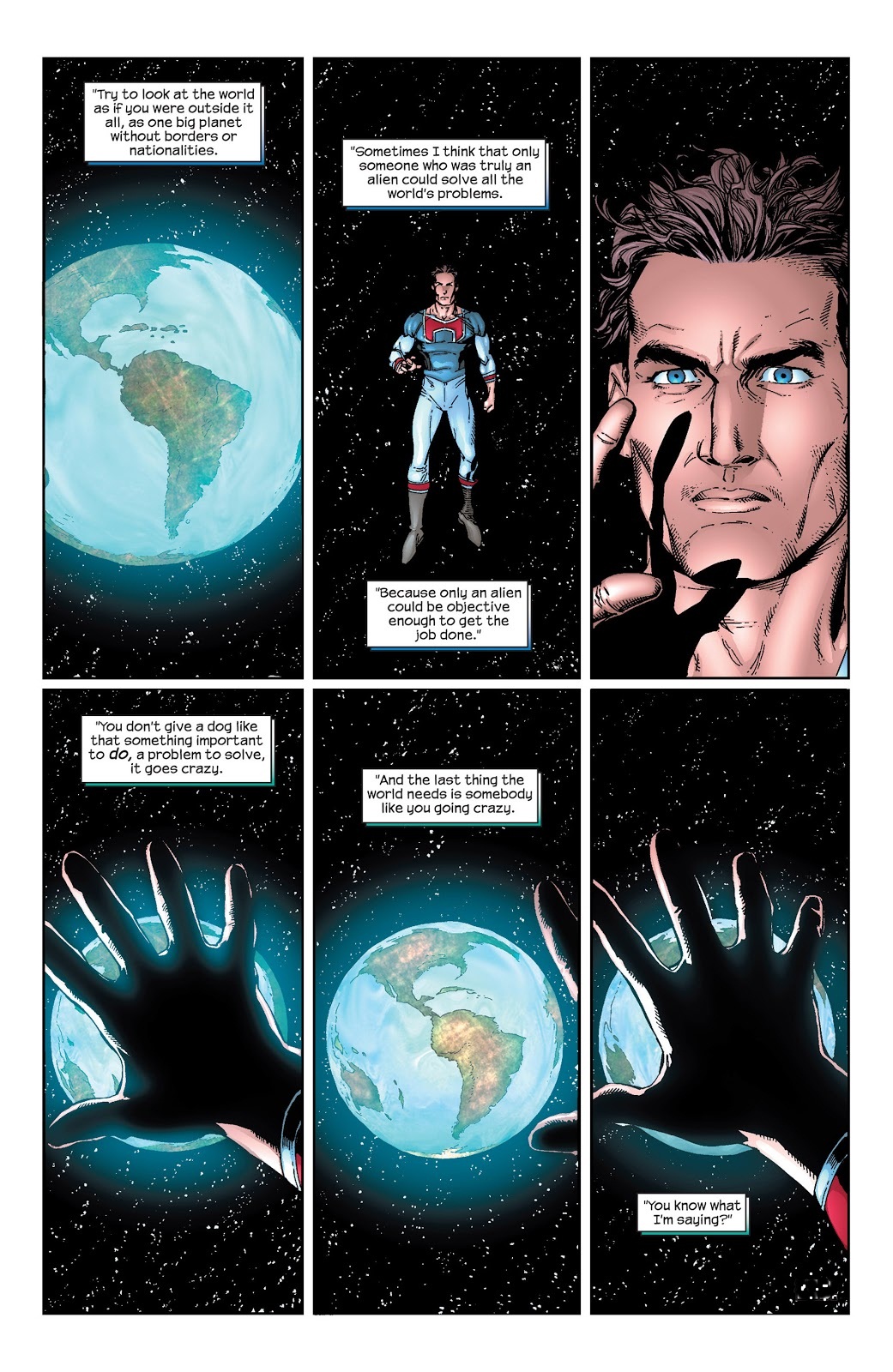 As seen in two reprinted issues from 1970 included in the back of this hardcover, the original incarnation of the Squadron Supreme was a very thinly disguised Justice League pastiche to set against the Avengers. That’s the starting point for J. Michael Straczynski’s reinterpretation, which begins with an alien craft arriving on Earth ferrying a near invulnerable infant. There’s no kindly Kansas farm couple to raise the being later named Mark Milton, who grows to adulthood subtly indoctrinated by the US authorities. Try as they might, though, the authorities can’t reverse engineer the technology in the small craft that deposited him on Earth, and it’s a long time before they discover that the child perhaps wasn’t the only element they should have been looking out for.

By the time he’s grown to adulthood, Mark’s learned to conceal the true level of his capabilities, and that’s the point when he discovers he’s been deceived and manipulated. It further coincides with the emergence of several other super powered individuals, their agendas as different as they are. Nighthawk is an African-American bigot, Zarda an entitled alien powerhouse, the Atlanta Blur seduced by money and fame, and Joe Ledger a gung-ho patriotic soldier.

Each is brought to life by Gary Frank, very disciplined and restrained over the earlier chapters, yet still conveying Kyle Richmond’s anger and Mark’s puzzled attitude to the conflicting information he processes. As Straczynski includes no thought balloons or narrative captions, visual cues are extremely important, and Frank has the sophisticated imagination needed to pass on the necessary information. From early in his career there’s never been any doubt that he can also astonish with the big moments, and more of these occur the older Mark becomes.

Given the more or less clean slate of an alternate universe, Straczynski develops Supreme Power as if a TV drama, with super powered action kept to a minimum over the first half, as we watch Mark age from infancy to adulthood, sifted with brief interludes featuring others. Mark concealing his true capabilities, leads to a terrifying sequence when he finally lets loose, and restraint is hardly a term applying to any of the main cast. “They are nothing, dust beneath your feet”, is Zarda’s callous assessment of humanity, “why should you care what happens to them?” It’s a view Mark’s coming around to by the end, featuring the full disclosures about the extent of US genetic tinkering and their results, and instituting major problems on the horizon. If not exactly a cliffhanger ending, more than enough plot threads propel readers to volume two. Alternatively, the same content is supplied in two paperbacks Contact and Powers and Principalities.

Marvel have subsequently issued hardcovers of the two books combined here, but this remains the connoisseur’s format of choice. Not only is it oversized, but it features Straczynski’s introduction, Frank’s design sketches and accompanying notes, and the two part Roy Thomas and John Buscema reprint, still entertaining, if of its time in some respects. 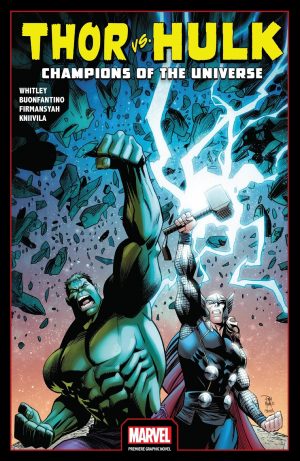