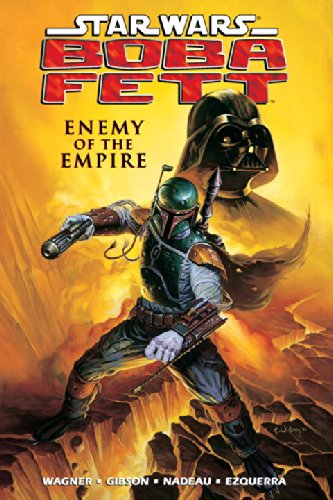 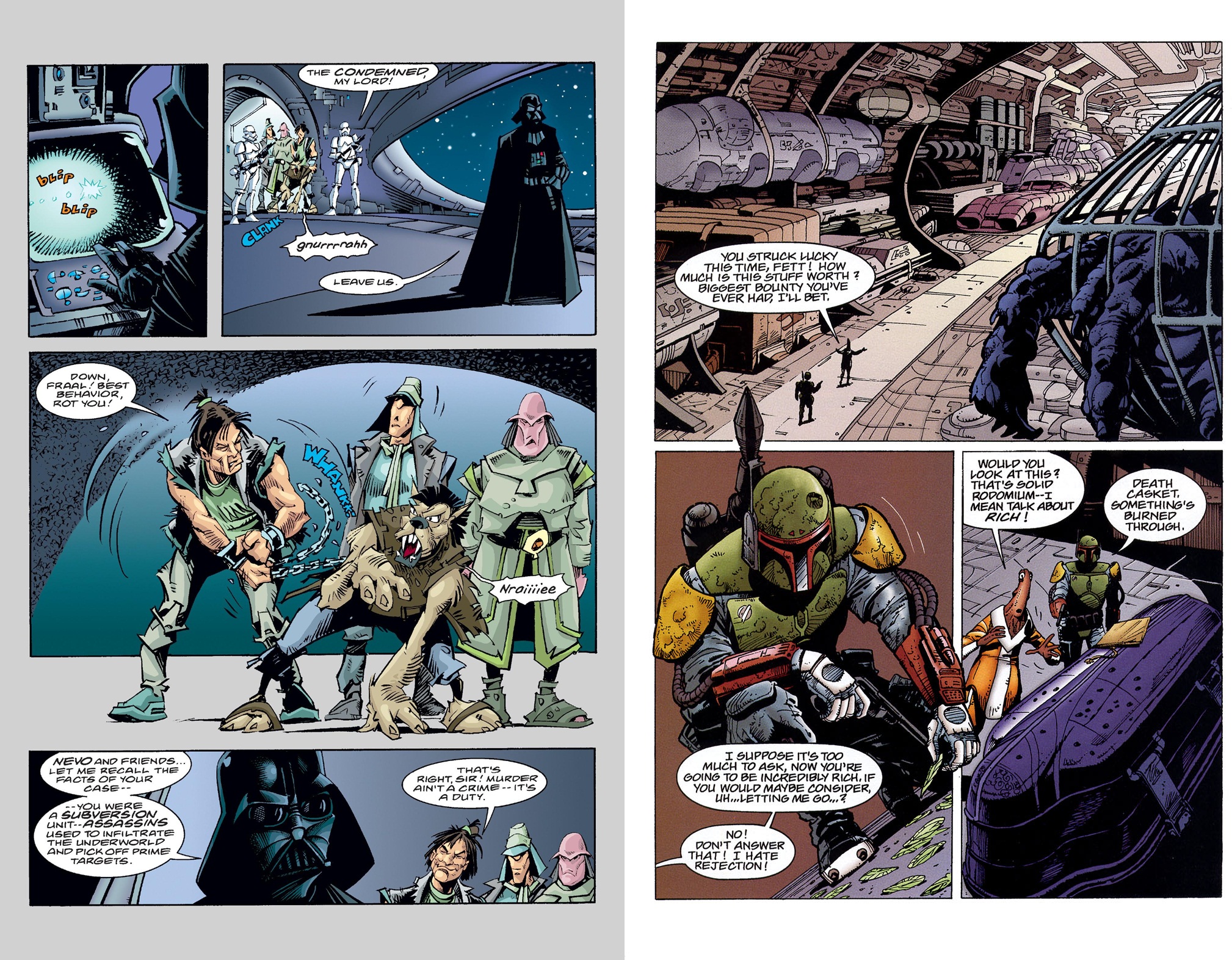 How appealing anyone will find Enemy of the Empire depends on how seriously they take their Star Wars. John Wagner applies the same tongue in cheek humour to Boba Fett as he’d done successfully to Judge Dredd for years beforehand, entirely justifiable on the basis that there’s more to link the two characters than separate them. Both are grim, wily and efficient hunters of criminals, never seen without their distinctive helmets, operating in less than ideal environments for ordinary citizens. Wagner has Fett assigned by Darth Vader to capture a Colonel who led a mutiny, specifying that he’s to locate a casket the Colonel has and return it unopened. To hedge his bets, however, Vader also sends a squad of other mercenaries to follow Fett and kill him once he’s recovered the casket.

The wonderful loose cartooning of Ian Gibson is rarely seen in American comics, and is a fine match for the tone Wagner takes. They’ve collaborated frequently before, certainly on Dredd, but most notably on Robo-Hunter, and Gibson knows his way around the creation of new worlds and their inhabitants, his quirky sense of location very strong.

Wagner doesn’t bother to conceal the value of the casket beyond the second chapter, not exactly spelling it out, but offering enough hints until a final page revelation, and he makes good comedy use of a religious group, the Ancient Order of Pessimists. Again, he and Gibson have previous form with such groups. Fett proves the implacable force we know him to be, but the story rather veers away from him over the final chapter, with Vader becoming the lead character and the focus only returning to Fett over the final two pages, almost as an afterthought.

Wagner teams with another old 2000AD colleague Carlos Ezquerra for ‘Salvage’, in which Fett comes across a deserted spacecraft and estimates its salvage value. It’s a neat horror story, Ezquerra’s art more traditional than his usual lumpy style leading to a nicely worked conclusion.