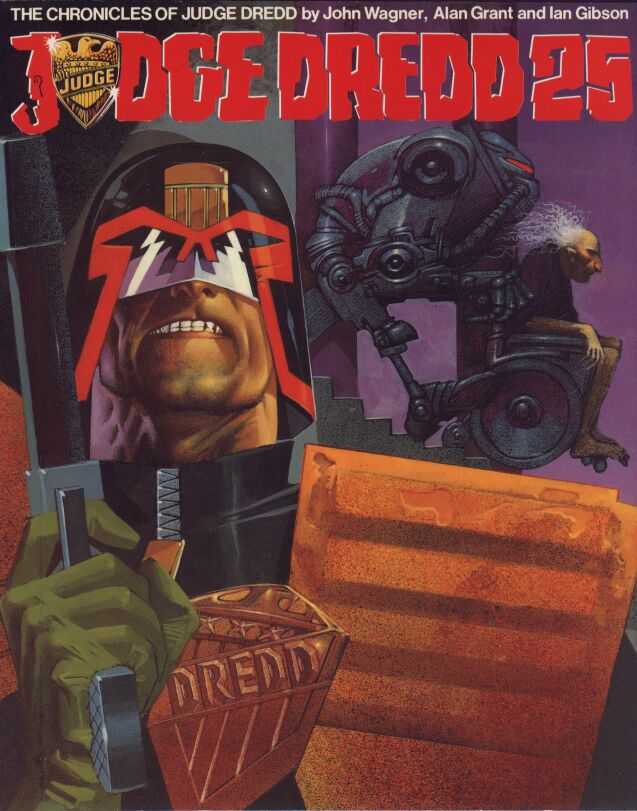 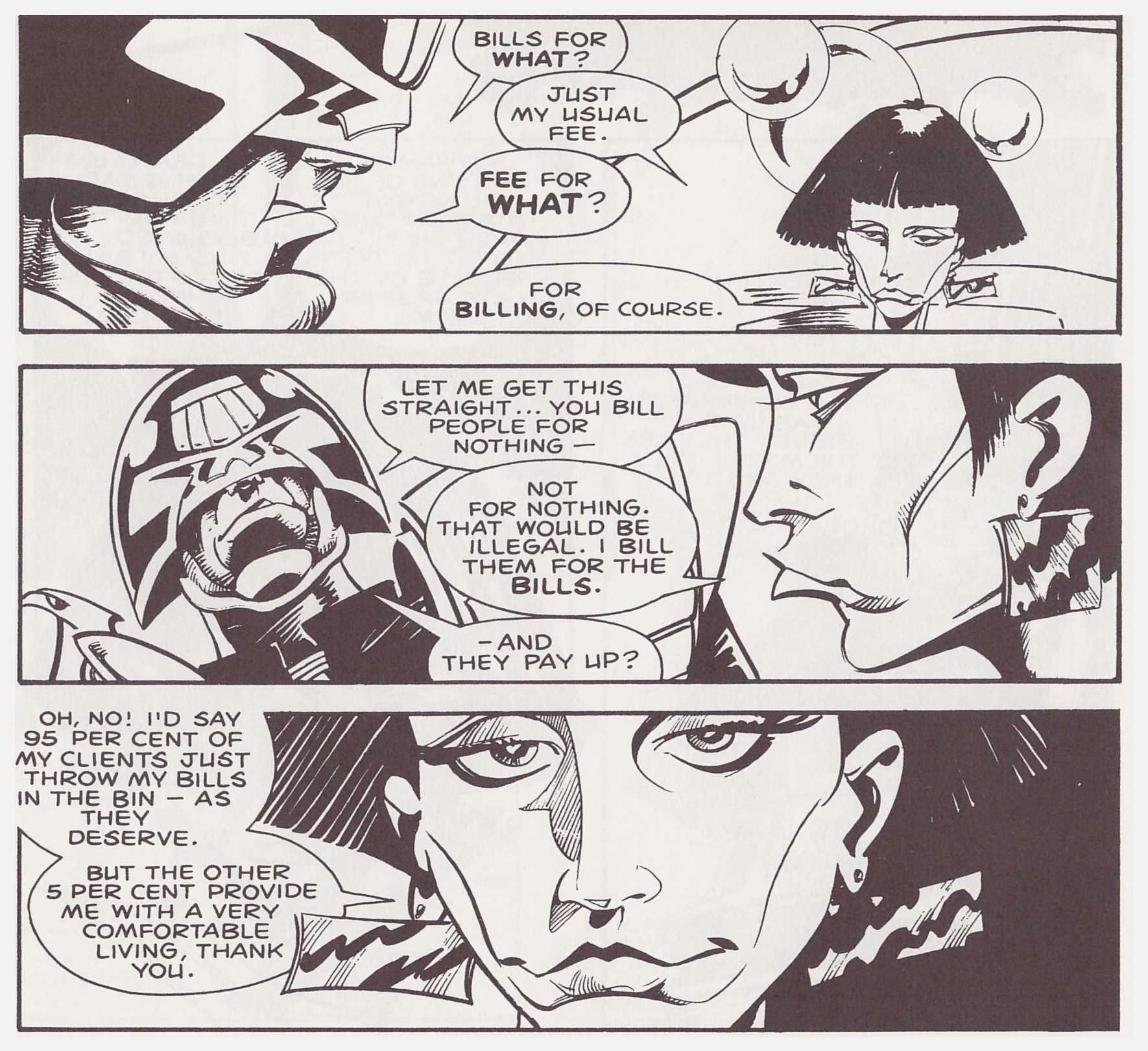 Artist Ian Gibson was a Judge Dredd stalwart during his first year of publication, his distinctive style often the best element of ordinary strips, but he’d moved on to Robo-Hunter by the time Dredd settled into the formula that defined his success. He’d drop back to Mega-City One every now and then, but it wasn’t until 1986 that there were enough well written Gibson Dredd stories to warrant a collection.

Gibson’s work here span two relatively brief periods, originally seeing print over three months in 1980-1981 and over six months in 1986, yet the only element really dating the stories is the switch to writers John Wagner and Alan Grant being credited under their own names rather than as T.B. Grover. Gibson himself operated under the aliases Emberton and Q. Twerk, and compared with other Dredd artists restricted his use of black ink, giving his cartooning stark contrasts.

Only one story extends over a single episode, and the remainder exemplify the ingenious and quirky ideas that characterise Wagner and Grant’s strips. ‘Paid With Thanks’ originated with Grant wondering if it were legal to invoice people simply for the act of invoicing them, ‘The Nightmare Gun’ acts as promoted, and ‘The Alien Way’ features an alien whose concept of lawbreaking and retribution exceeds even Dredd. As drawn by Gibson, he’s a bizarre little tyke. ‘Any Confessions’ is another of Wagner and Grant’s game shows where common sense falls by the wayside when there’s an opportunity to be televised, very much a glimpse into the future. The best story of a good bunch is the closing ‘Knock On The Door’, written by Wagner alone, introducing the concept that judges can randomly audit any citizen for evidence of crime. Two good twists follow.

‘Tomb of the Judges’ runs to three episodes, and despite a role for Judge Anderson, it’s not up to the shorter content. The one notable element is Gibson’s stunning spread opening the second chapter detailing the hallucinogenic visions of Theodore Wen. 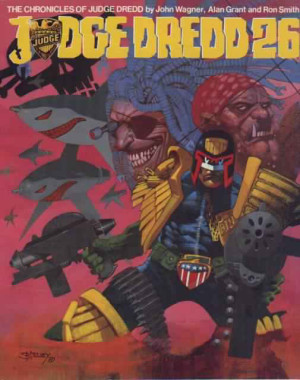 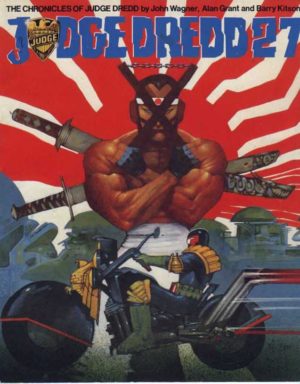