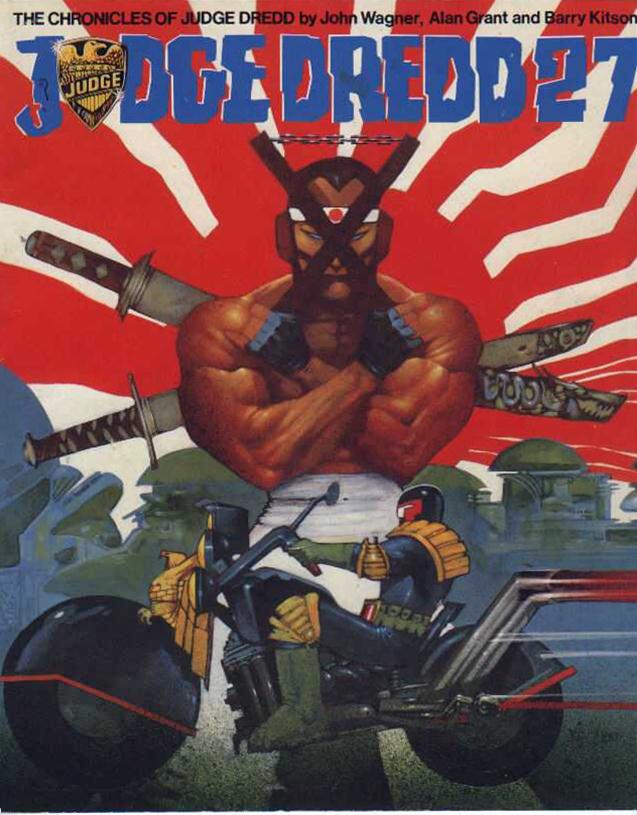 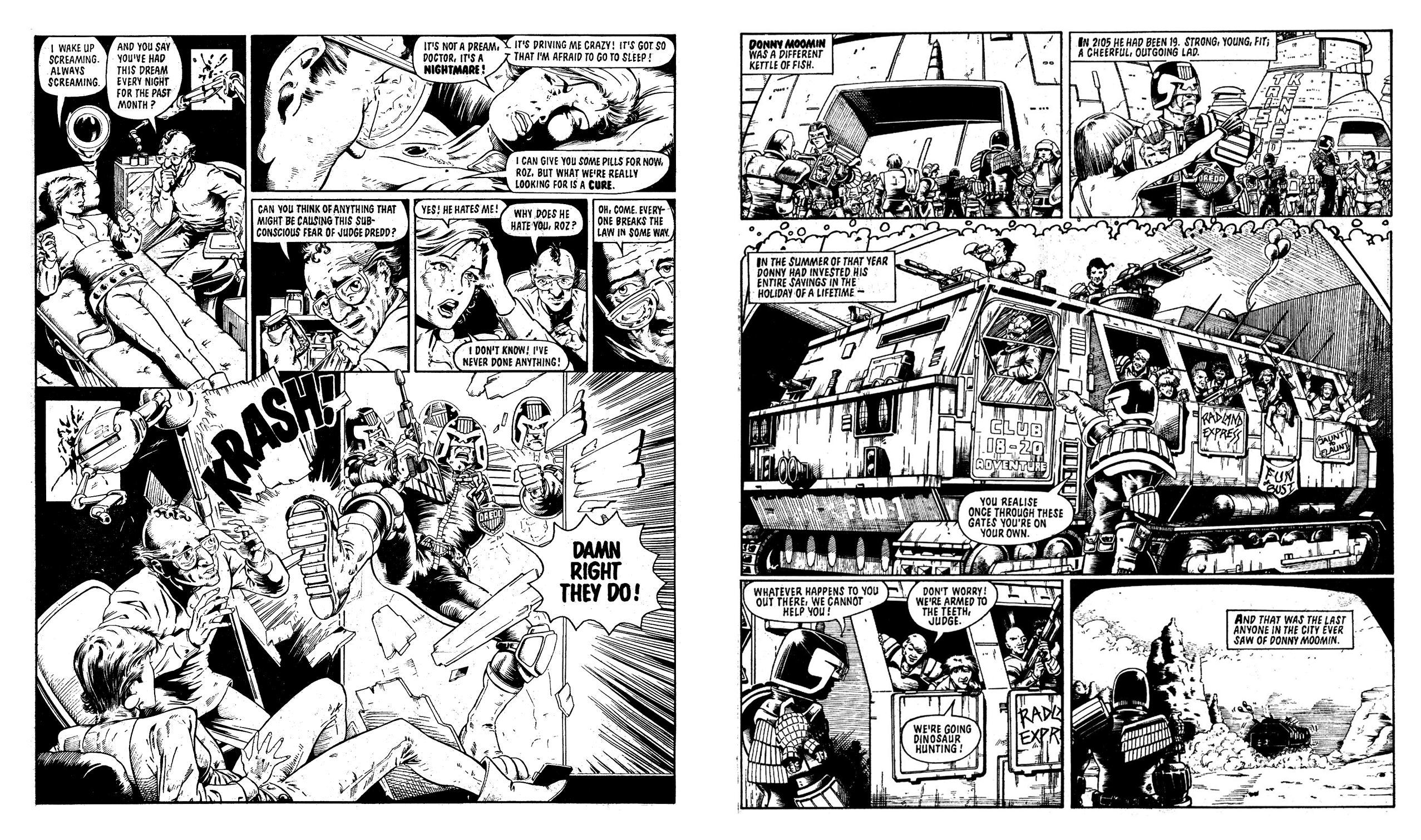 When Titan Books closed off their album sized reprint series in 1989 with a first volume gathering Barry Kitson’s work on Judge Dredd, he looked to be an artist in for the long haul, but this collects around half his total work on the series. He left for American publishers and never looked back.

Alan Grant and John Wagner sure gave him a strange and contrasting batch of scripts to work on, but none of them come anywhere near their best. The Gribligs are introduced in a two part variation of the Star Trek ‘Trouble With Tribbles’ episode, acknowledged via the arrest one Captain James Krik. They’re rapidly reproducing cute alien creatures. Almost everything Grant and Wagner introduced has been re-used at some stage, but the Gribligs only ever returned in a Where Are They Now? Feature, which says it all. That’s not down to Kitson, whose creatures are as cute as intended.

He’s also good on the case of poor tormented Roz Holder, but ‘The Dredd Syndrome’ was another idea that never bore repeating, that of citizens being so frightened of Dredd it causes a psyhotic condition. Stan Lee is a strange one. It’s tempting to view some kind of comment on Wagner and Grant’s part about the Marvel commercial juggeranut, given their martial artist was one of the few people ever to defeat Dredd. However, more likely is that the idea of switching Bruce’s name to Stan just tickled their funny bones. Pitting Dredd against a kung-fu fighter is neat, but Kitson’s not the artist to capture the flowing movement needed, and there’s some poor foreshortening. He sure draws hell out of the locations for the two part sequel, though.

The gem of the collection is ‘The Peeper’, an undersung and forgotten story in which Grant and Wagner build another small piece of Mega-City One. A story about a pervert looking in on the block opposite would be all too easy, and in Watt Le Fung they create another of the troubled, yet somehow endearing bit players the city eventually grinds down. A standard run through about a bodysnatcher provides the remaining strip.

Kitson’s Dredd is imposing, if sometimes on the anorexic side, but his real artistic strength is the love poured into the technology and the accessories. There’s no skimping on the Judge’s uniforms, his bike is great, and look at the sample page for the effort he’s made with the design for the type of vehicle designed to take drunken holidaymakers into the Cursed Earth, only needed for that single panel.

Kitson’s selection was produced over a considerable period, and so spread over Judge Dredd: The Complete Case Files 09, 10 and 11.