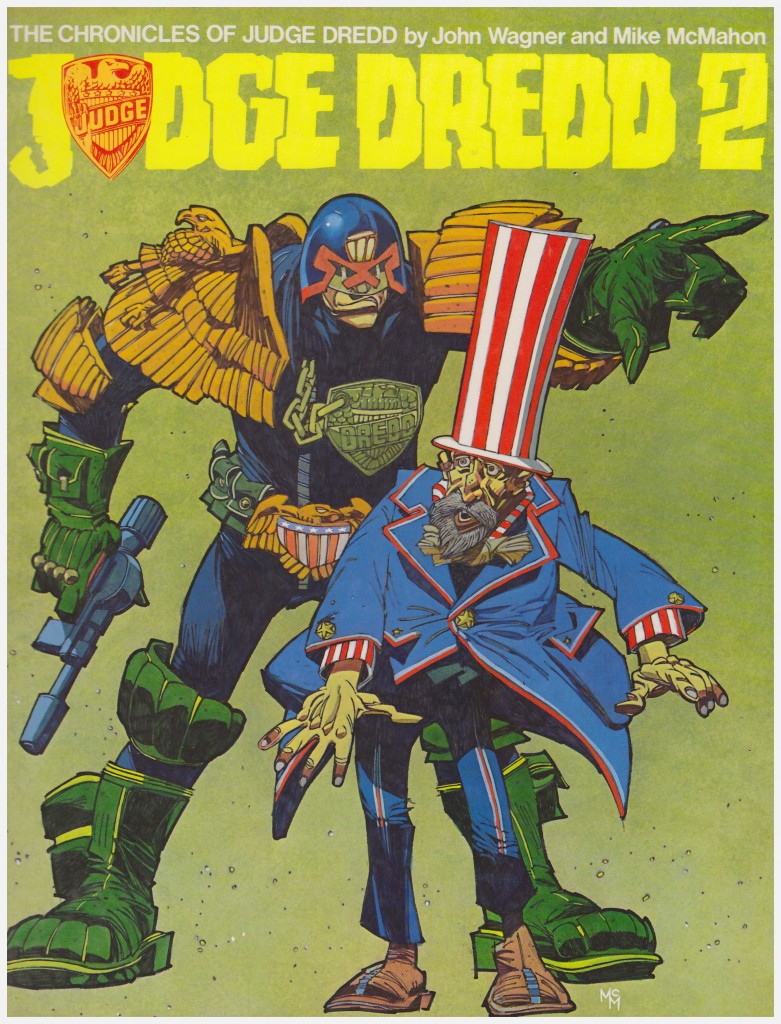 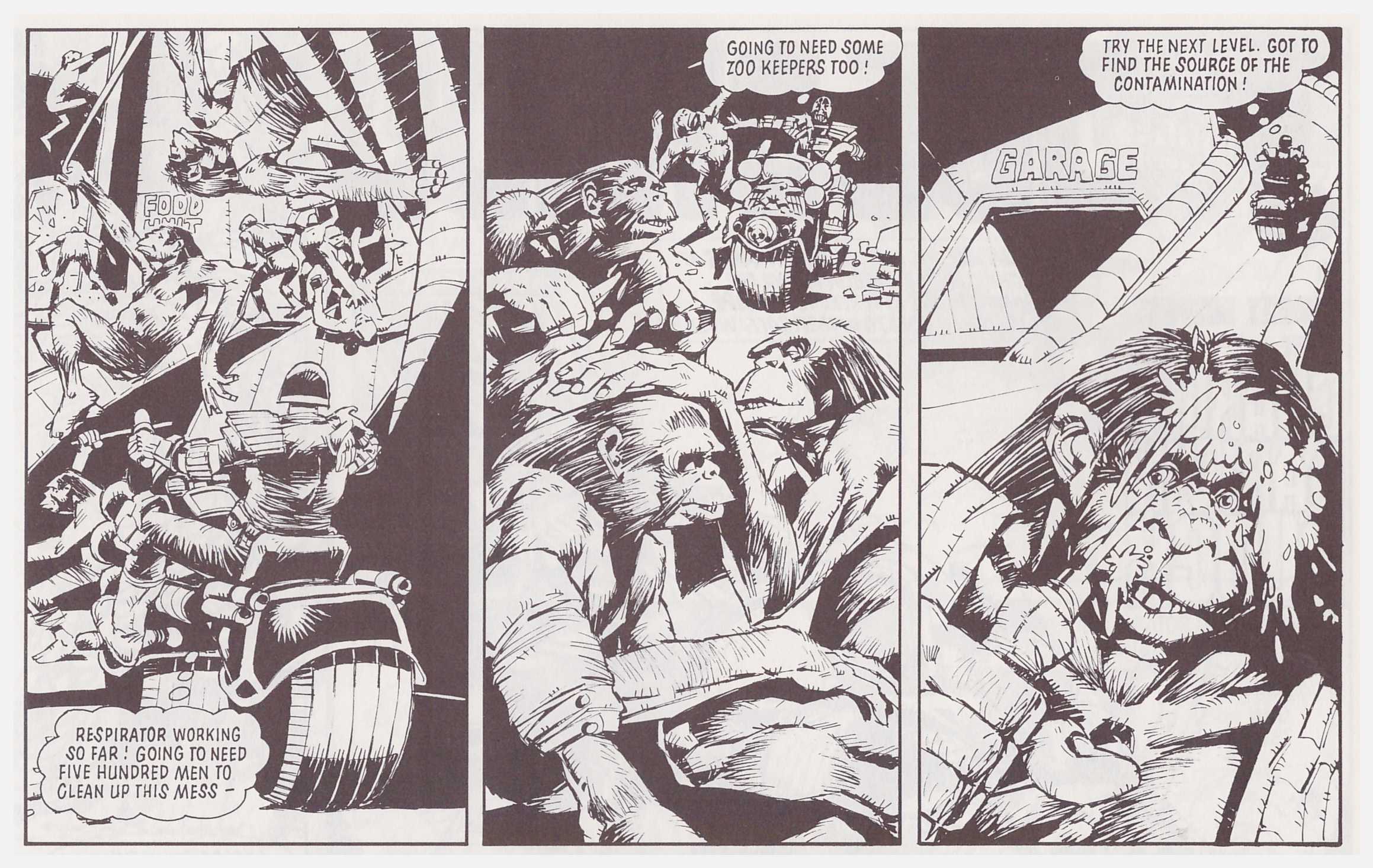 Titan’s success with a collection of Brian Bolland’s Judge Dredd stories led to a rapid publishing programme. The Cursed Earth saga was next on the schedule, followed by this collection of Dredd’s other early master artist, Mike McMahon.

Unlike Bolland, McMahon’s artwork was created in an almost perpetual flux. It’s barely credible that the artist who drew the ‘Return of Rico’ six months into Dredd’s career was also responsible for ‘Aggro Dome’ just over two years later. The style has changed, the figurework has changed, the layouts have changed, and McMahon’s Dredd has transformed from a relatively lithe lawman into a figure of authority, with exaggerated costume effects. All that remains from the earlier story are the big boots. Except they’ve grown.

‘The Return of Rico’, written by Pat Mills, was a pivotal early addition to Dredd’s legend, providing scraps of origin and partially humanising the impassive Dredd, but there’s a reason the majority of the reprinted strips date from later. Just contrast his 1977 Christmas story with its 1980 counterpart. McMahon’s contributions to Dredd’s first year were competent, if cramped and unspectacular, but on largely forgettable material. John Wagner took some while to really push Dredd in the direction that formed the character we now know, and contributions by writers other than Mills were mediocre.

McMahon’s flourishing is even charted over selections from his contributions to Dredd over fifteen months starting in autumn 1980. On his blog McMahon cites ‘Monkey Business in the Charles Darwin Block’ as one of his favourite Dredd stories, and he really goes to town with the layouts. When a scientist accidentally drops the serum he’s devised, evolution is reversed for all residents of a city block. The heart-tugging elements of Dredd material come to the fore in ‘Christmas Comes Early to the Des O’Connor Block’, and in the tragic story of benign Uncle Ump, inventor of candy so delectable it’s classified as addictive. Dredd looming over Ump makes for a great cover illustration.

Unfortunately frustration at infinite crowd scenes required for a late 1981 story marked the end of McMahon’s association with Dredd, as he transferred to Slaine and even more remarkable work. His legacy remains immense as a defining artist over Dredd’s first few years. In addition to a paperback printing Titan issued a limited edition hardback volume.