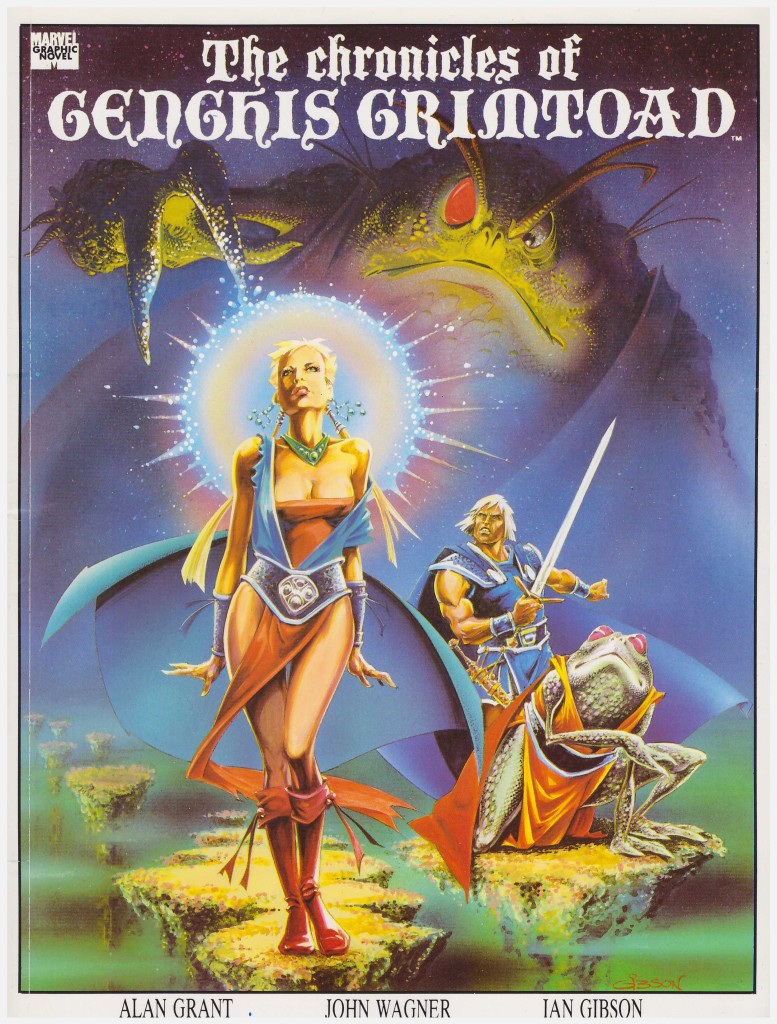 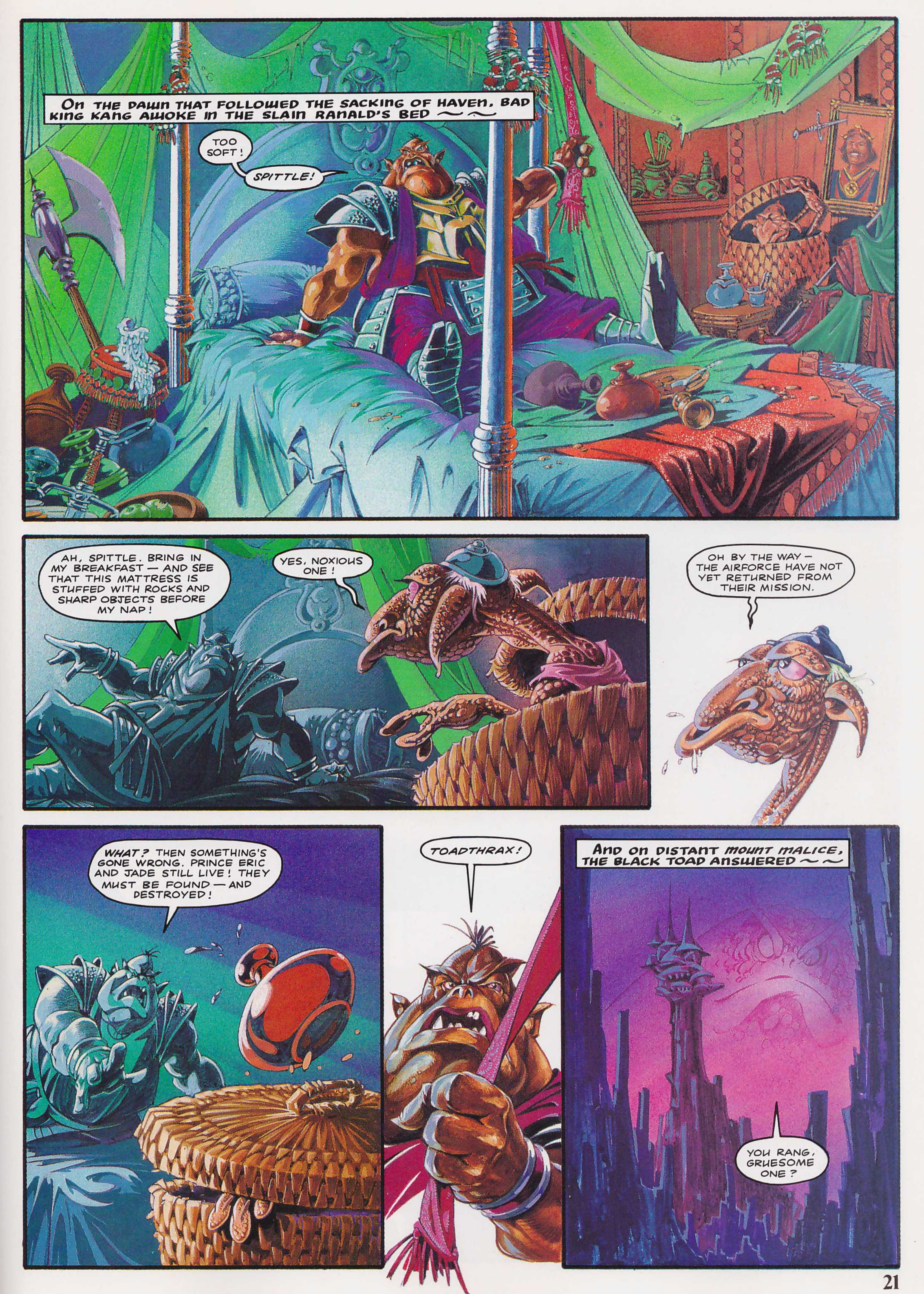 The writing team of John Wagner and Alan Grant were extraordinarily prolific in the 1980s, and when an idea didn’t work, they stuck it to one side and moved on to the next project. They never forgot anything, though, so a strip that was begun in a 1982 comic that failed was revived six years later for a British Marvel anthology with a new artist, Ian Gibson, except Strip also failed. Eventual completion came when Marvel’s UK office began a line of graphic novels. That only ran to five books, but this time Genghis Grimtoad slipped under the wire.

To begin with it reads as if Grant and Wagner thought mashing Lord of the Rings with Conan was a good idea, but that they considered both ludicrous. The scenario then develops from there as they begin to explore the possibilities of what they’ve created, but the original serialisation method of delivering content in two page episodes results in a very bumpy stop/start ride.

Genghis Grimtoad is the hereditary court sorcerer in the kingdom of Haven, not very keen on one day inheriting the position, and barely capable when that day comes far sooner than anticipated. He’s a walking and talking giant toad, of a race who’ve always allied with humans, and his task is to protect the prince and his mother as they flee when the kingdom is invaded. Much of the comedy derives from his incompetence, but there’s little time invested in anything other than surface characterisation for any of the cast.

It’s artist Ian Gibson that’s the star of the show. Obviously enthused by the material, he throws himself into the designs, and his painted art, all too rarely seen, is sumptuous. He takes the same cartooning approach as in pen and ink, but his watercolour painting has a unique colour sense that works exceptionally well. This is due to mixing colours such as deep, rich greens and blues, which any art teacher will advise against. Ignore them and take a look at Gibson instead.