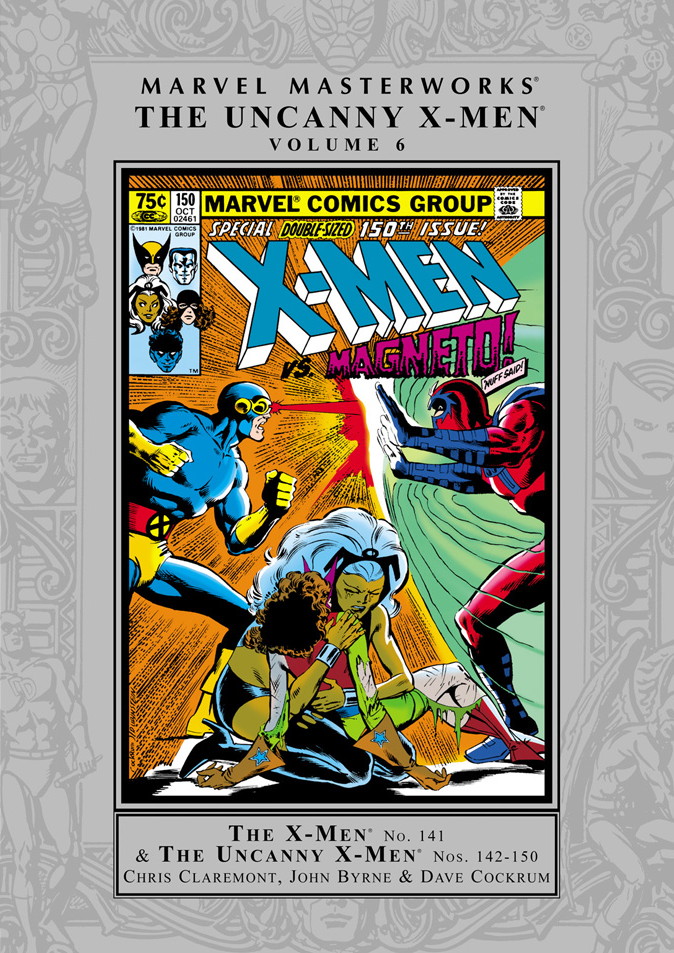 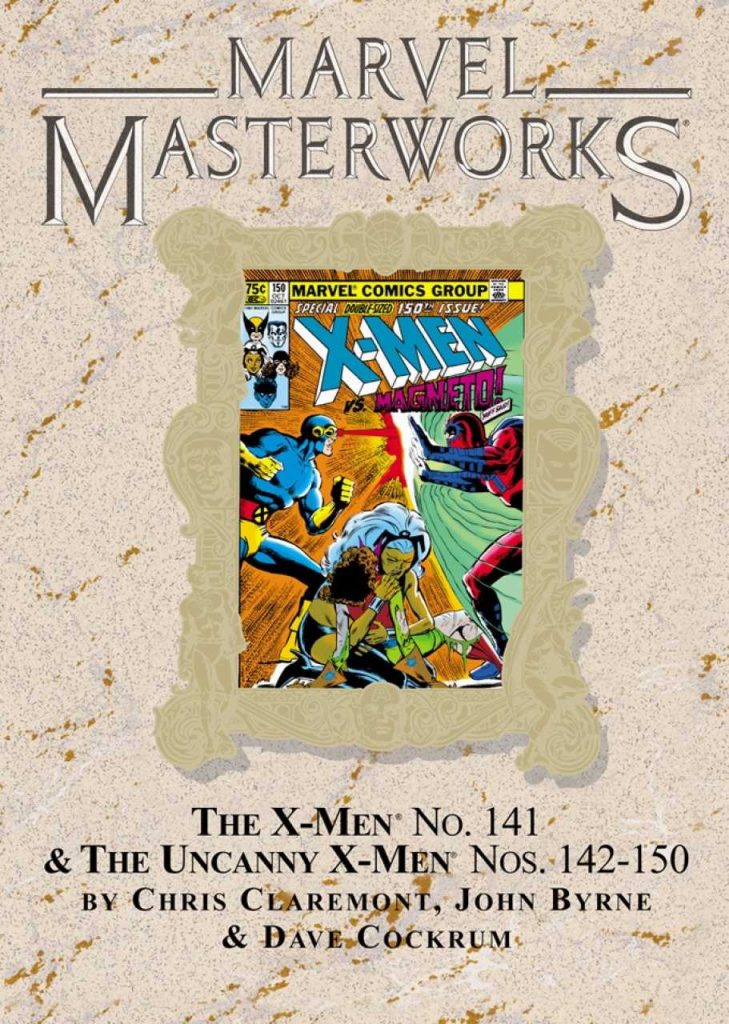 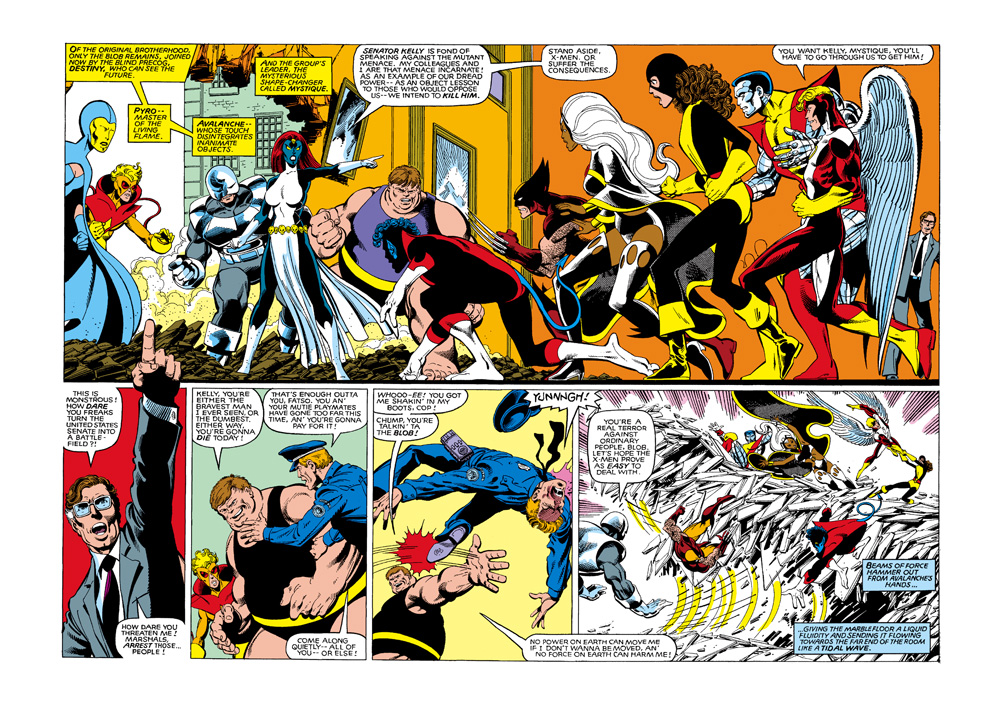 Reprinting a mere nine issues, this volume is the slimmest of the Uncanny X-Men Masterworks, but does contain a bona-fide classic in ‘Days of Future Past’.

There’s now some amusement to be had from 2013 being the date set for this ghastly dystopian future in which mutants are hunted as if troublesome animals. Those few not slaughtered wear inhibitor collars to prevent the use of their abilities, are confined to camps and policed by giant Sentinel robots. Their only hope would be if someone could escape to the past and prevent this future occurring. It’s a taut thriller compressed into two tight chapters and still reads exceedingly well. Sadly, though, it was almost the end for the creative team of Chris Claremont and John Byrne. There’s one more story from them before Byrne departs, an Alien knock-off introducing the Brood, and Kitty Pryde alone in the mansion.

If Byrne was to go, the return of the artist who’d co-created the revived X-Men was welcomed, but Dave Cockrum’s initial work comes at a price. He’s always professional, and there are occasional flashes of inspiration, but working to monthly deadlines means modifying his style. He’s not helped by his return being Claremont’s poorest effort on X-Men since he left, a daft encounter with Doctor Doom involving Arcade, and Storm falling under Doom’s thrall. Not even the return of Angel, Havok and Polaris can compensate. Once into the swing again, Cockrum’s art improves, with a girls night out interlude charmingly illustrated (and written).

Affected by the events of the previous volume Cyclops departed, and we catch up with him aboard a Florida fishing vessel whose captain, Lee Forrester has rather the pash for him. This is only increased as he uses his powers to save her from the demon who killed her father, nicely drawn by Brent Anderson. When their boat is wrecked, they wash ashore on a remote island on which a massive fortress manifests overnight, but Cyclops is effectively blind as his protective specs have been lost with the boat.

Everything is leading up to another encounter with Magneto, against whom these new X-Men haven’t previously fared too well, and that was with the power of Phoenix at their disposal. Furthermore his fortress is set up to inhibit their abilities. This is Claremont beginning to re-fashion Magneto. Here he has a definite agenda as the protector of mutants, although some old habits die hard, and it ends the book on a positive note.

Half the material reprinted here still reads well, but the other half was ho-hum in the early 1980s, and time hasn’t improved it. All content is also available in the better value for money Uncanny X-Men Omnibus volume two, and those not caring about colour or pulp paper can locate it split over Essential X-Men volume two and three. ‘Days of Future Past’ is also available in a paperback edition combined with associated material.