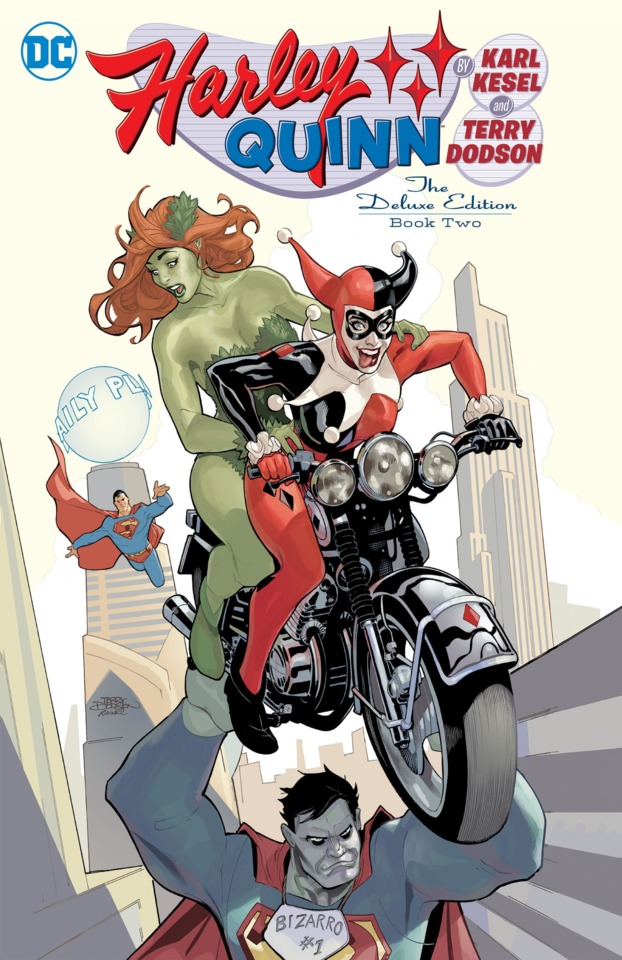 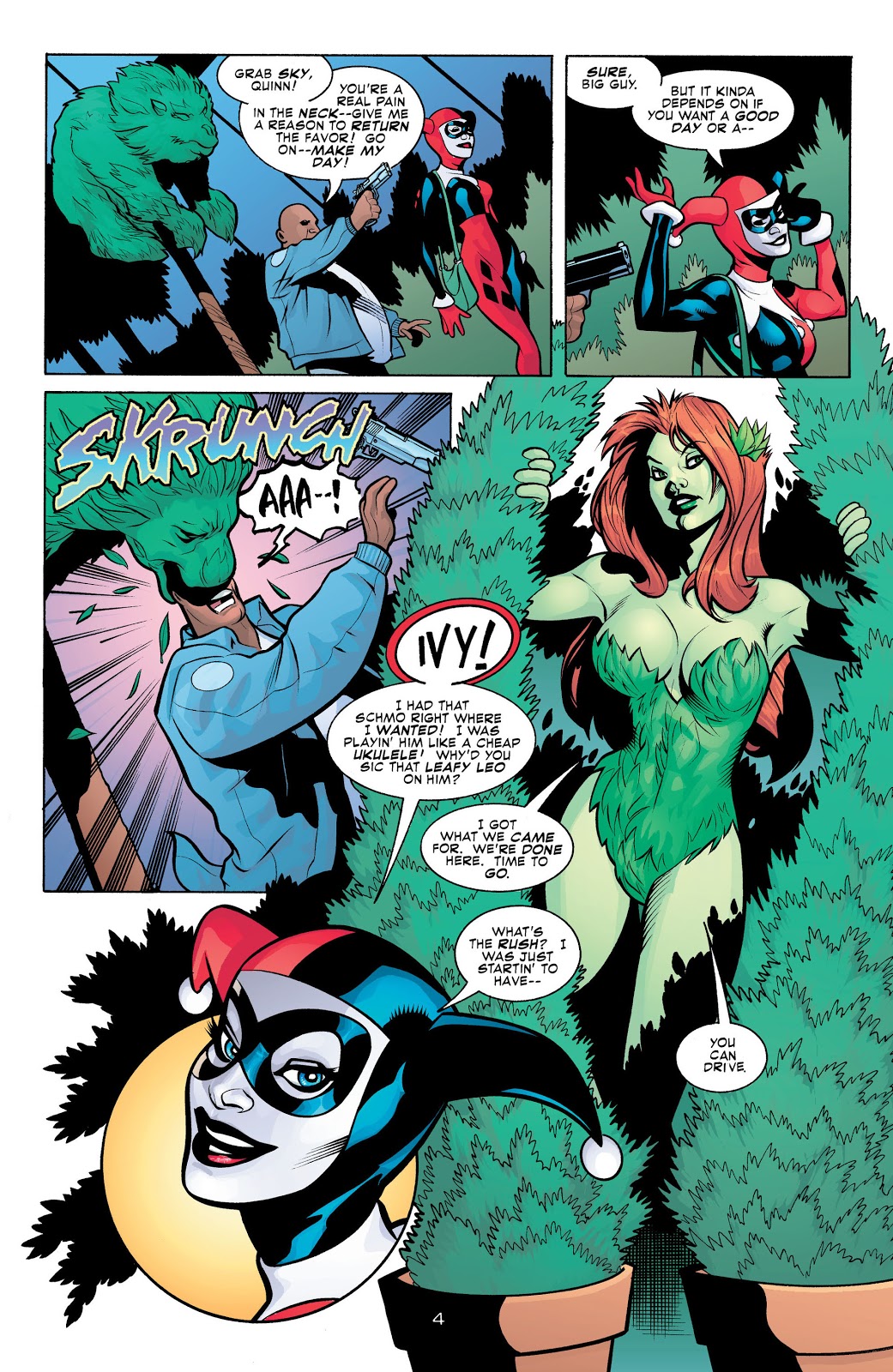 Karl Kesel and Terry Dodson were the creative team responsible for most of the first two years of Harley Quinn’s original solo series. Harley Quinn by Karl Kesel & Terry Dodson: The Deluxe Edition Book One mapped a decent start requiring some fine tuning, but showed everything falling into place by halfway. This collection is their prime period, collecting the series until Dodson departed. Kesel continued a little longer, but that work is missing, found in the Welcome to Metropolis paperback along with the six episodes of the Metropolis story featured here.

In most of Book One it was Gotham’s villains who dealt with Harley, but the first half of this collection has Gotham’s heroes troubling her. Well, if she will decide she’s going to operate wearing the classic Batgirl costume… A strength of Kesel’s writing nicely matched with Harley is an ability to tell a story that seems to be series of random encounters, then revealed to have purpose, Harley having had a plan all along. The idea is bizarrely reminiscent of the film Amelie, but at five chapters the opening story is extended a little too far, while the use of Matches Malone, and Harley’s henchmen generally is good. Kesel has the neat trick of pulling the viewpoint back from Harley’s world to the world as normal people would see it, with a real shocker toward the end of the Gotham section.

By the time Dodson worked on Harley Quinn he’d long been a fan favourite, and they’re a good match of artist and personality, which he brings to life creatively. He has an imaginative way of laying out a story, and of placing Harley within it. The look is very attractive provided you’re unconcerned about his objectification of Harley and other women. Plenty of people aren’t. Phil Noto and Craig Rousseau also contribute some pages, Rousseau good without making any effort to match Dodson’s style at all, and Pete Woods is also impressive. He has Dodson’s skill with layouts and doesn’t objectify women.

Dodson raises his game even further when Harley takes a trip to Metropolis to plague Superman’s supporting cast after wearing out her welcome in Gotham. Over six chapters, it’s the best of Kesel and Dodson’s collaborations. Jimmy Olsen besotted with Harley’s Southern Belle pose, Bizarro, and Harley’s work as the Daily Planet’s agony aunt, keep the hilarity high, and other Metropolis regulars also show their faces.

The paperback collections are cheaper, the Gotham section coming from Night and Day, but the purpose of this Deluxe edition is to show Dodson’s work to its best advantage, and that it does. The stories being very readable fun is a bonus.