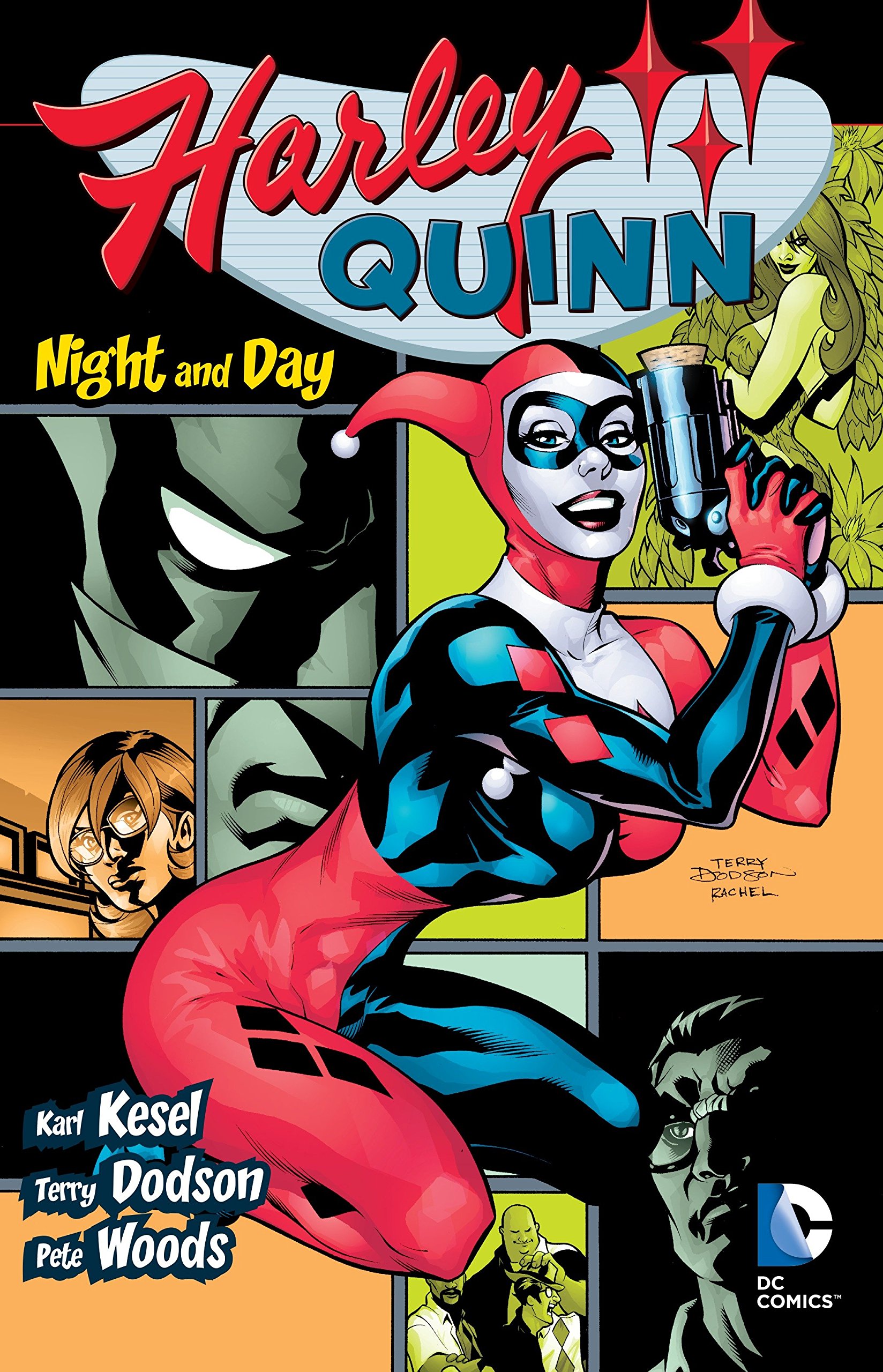 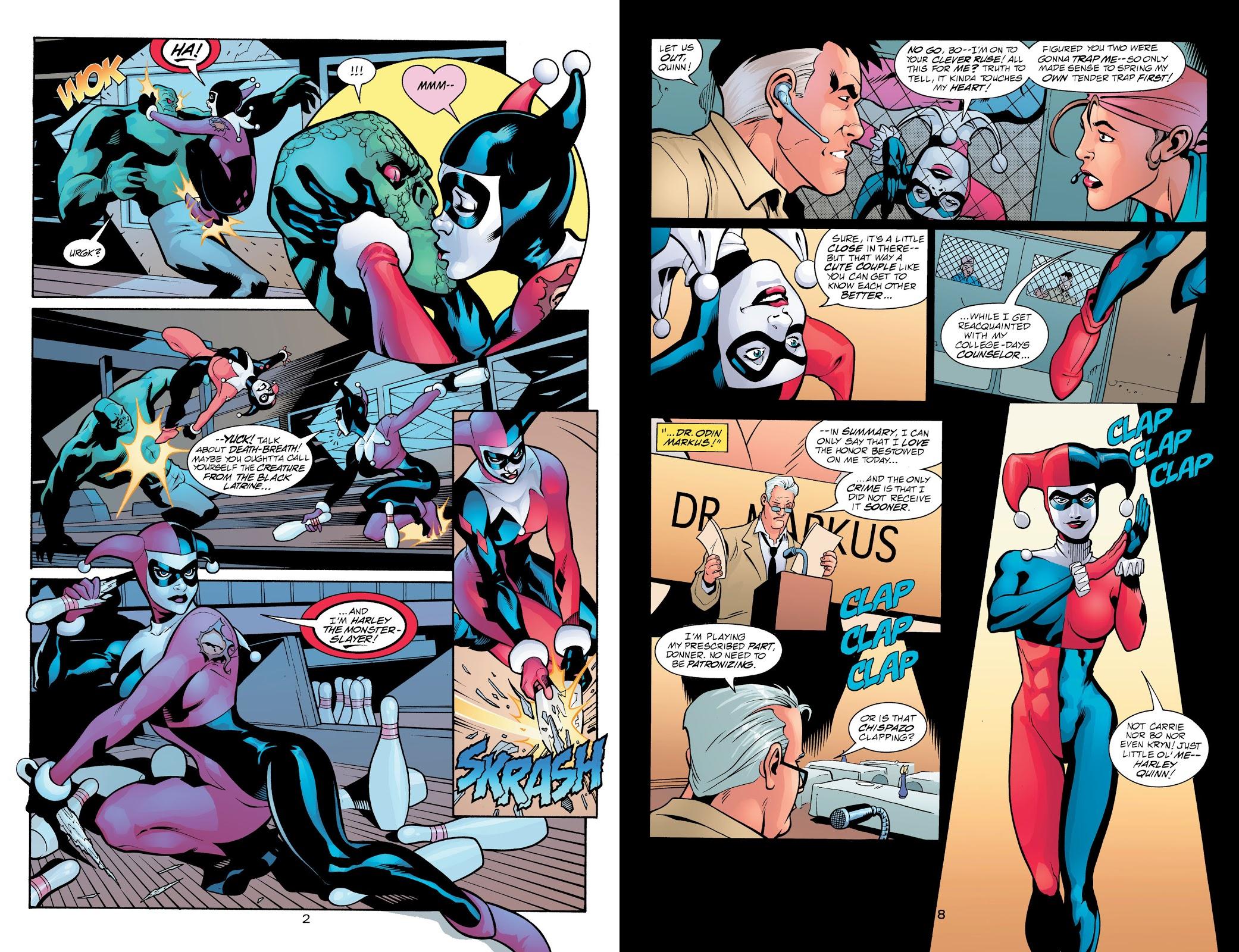 It was via the writing of Karl Kesel and the art of Terry Dodson that Harley Quinn became embedded in the public consciousness as a character with greater possibilities than the Joker’s sidekick. Preludes and Knock–Knock Jokes saw Harley setting up her own gang, messing with most of Gotham’s criminal royalty and earning the enmity of a very wealthy man who’s set some specialists on her trail. That’s where Night and Day picks up.

While there’s an early meeting with her future Suicide Squad colleague Killer Croc, a Gotham villain who didn’t make the previous collection, most of Harley’s troubles in Night and Day come via Gotham’s heroes. It turns out dressing up as the classic Batgirl isn’t such a good idea if you’d prefer the current version, Oracle, Robin and Nightwing weren’t breathing down your neck. There’s a good extended joke on Kesel’s part by featuring a character named Matches Malone, a sort of ear to the ground underworld informant who joins Harley’s gang. He fits in very credibly, but there’s an extra layer of suspense generated for anyone who’s come across him before.

There’s far less Dodson art this time, which would usually be cause for complaint, but not when the replacement is Pete Woods. He’s equally good at laying out a great looking page of superhero art, and his Harley is a little less objectified than Dodson’s, which is a plus. The other listed artists all work a strange teaming of Harley with Jimmy Olsen. That it can incorporate Paul Grist’s kinetic cartooning before switching to the mannered realism of Paul Chadwick gives an indication of a world invaded by goofy aliens and Harley dragged from one threat to the next. There’s also a pointer to the future with Amanda Conner drawing the Female Furies chapter, although she hadn’t yet developed her distinctive style.

A strength of Kesel’s is leading everyone on a merry chase from one location to the next, readers included, with only Harley having the certainty of what’s happening, or at least what she intends, but Kesel’s main story extends over five chapters, and that’s a little too far. Despite this, nice touches such as contrasting the world as Harley sees it with reality, and the good nature of most goons involved carry Night and Day a long way, so the fun is still to be had.

With the exception of the opening episode, Harley Quinn by Karl Kesel & Terry Dodson: The Deluxe Edition Book Two contains everything here. The twisted tale of Harley’s college lecturer can be found in Book One. Kesel and Dodson’s best collaboration kicks off the next collection, Welcome to Metropolis, as Harley opts for a change of scenery. 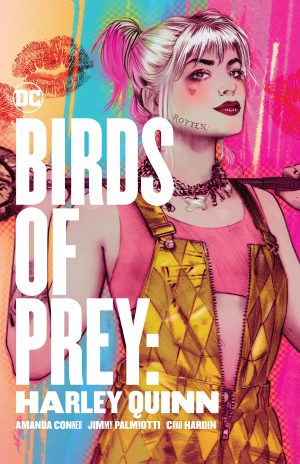 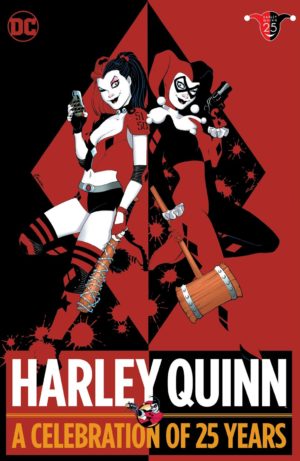 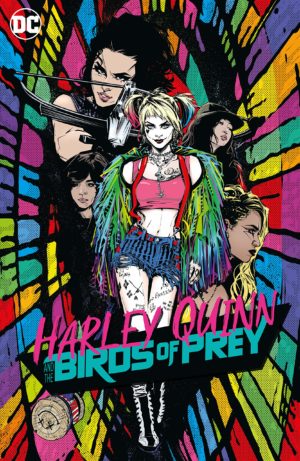