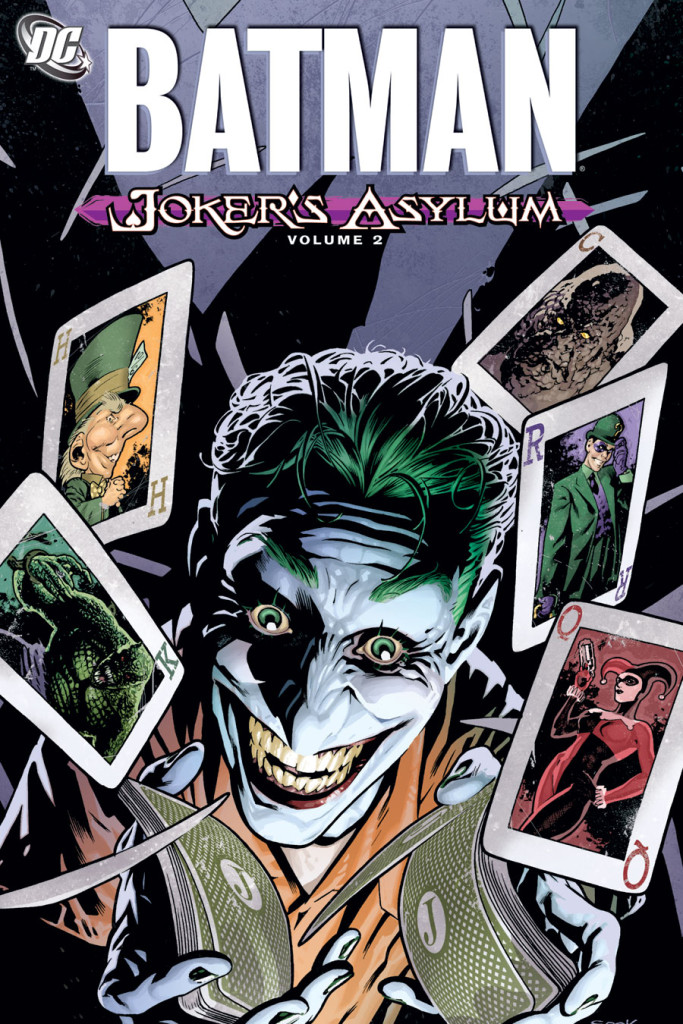 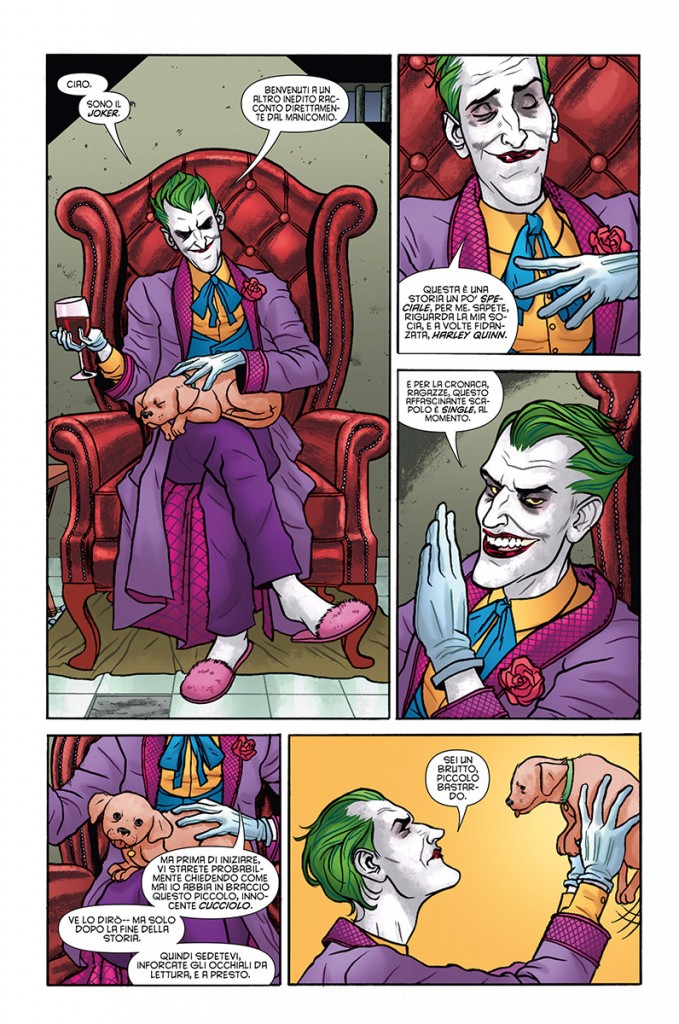 Joker’s Asylum Volume Two offers the same structure as its predecessor, but with five different villains. In this collection the Joker guides us through the narratives of the Mad Hatter, Harley Quinn, the Riddler, Killler Croc and Clayface. Each is explored by a different writer and artist(s) and each is told from a varying perspective. Some use the voice of the villains themselves, others the Joker’s point of view and another still employs the dialogue of secondary characters to shape the antagonist.

In stories such as the Riddler’s, by Peter Calloway and Andres Guinaldo, the Joker plays the role of the perfectly unreliable narrator, making up aspects of the narrative and leaving parts untold for dramatic effect, instead forcing readers to fill in the blanks.  Constantly breaking down metafictional borders and switching between narrative styles, the Joker’s natural insanity and fluidity makes him an ideal storyteller, guiding us through glimpse of his peer’s darkest and most twisted moments. The constant shifts in narrative and aesthetics add to the unstable, psychotic essence. At one point, the readers themselves are institutionalised as Joker peers out from his cell, stating he wants to be the first to welcome us a good morning.

A stand-out is Killer Croc’s ‘Beauty and the Beast’ written by Mike Raicht with art by David Yardin and Cliff Richards. Despite being the protagonist, Croc never speaks until the final page. After being introduced as a tragic character, Croc goes on a murderous rampage only to be ‘rescued’ by a couple whose seemingly kind action has a much darker and manipulative motive. It’s a powerful analogy of what makes a monster and examines the difference between the monster and the monstrous. Croc’s only words, when they do eventually come, are well worth the wait and perfectly summarise the heart-breaking and horrific tale.

Each story however is well crafted and adheres to the specific needs of the character, from the bold, colourful and comical world of Harley Quinn (sample art by Joe Quinones), to the warped wonderland of the Mad Hatter. The creators all construct and hone in on the essence of these villains and offer a unique perspective into their madness. The stories are moulded together under the narration of the Joker who enhances the insanity, playfully toying, misleading and confusing the readers, placing them within the infamous madhouse alongside its equally infamous inhabitants.