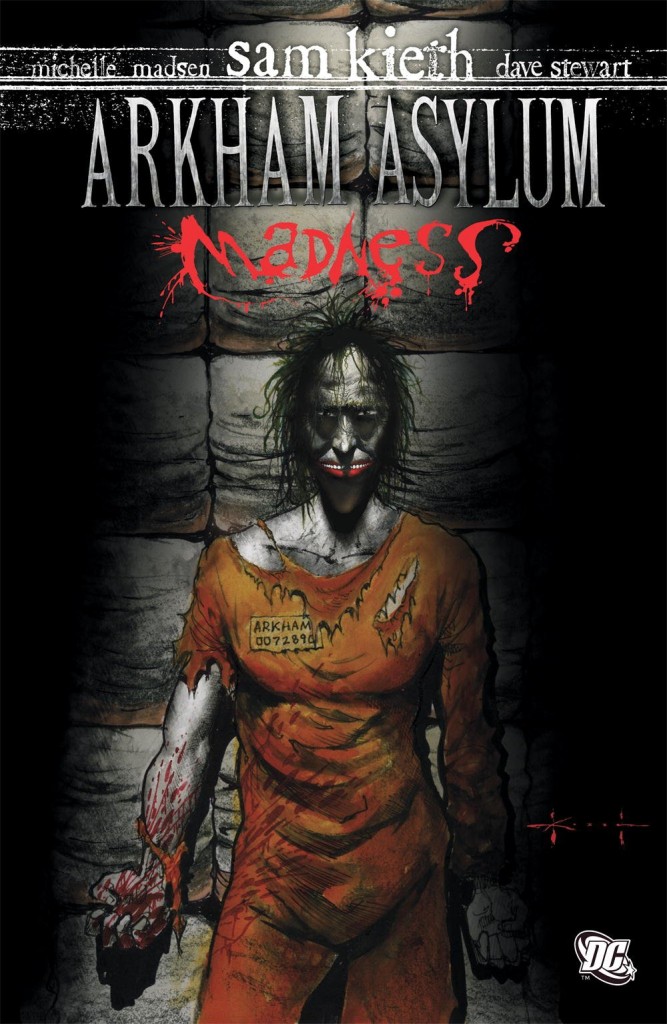 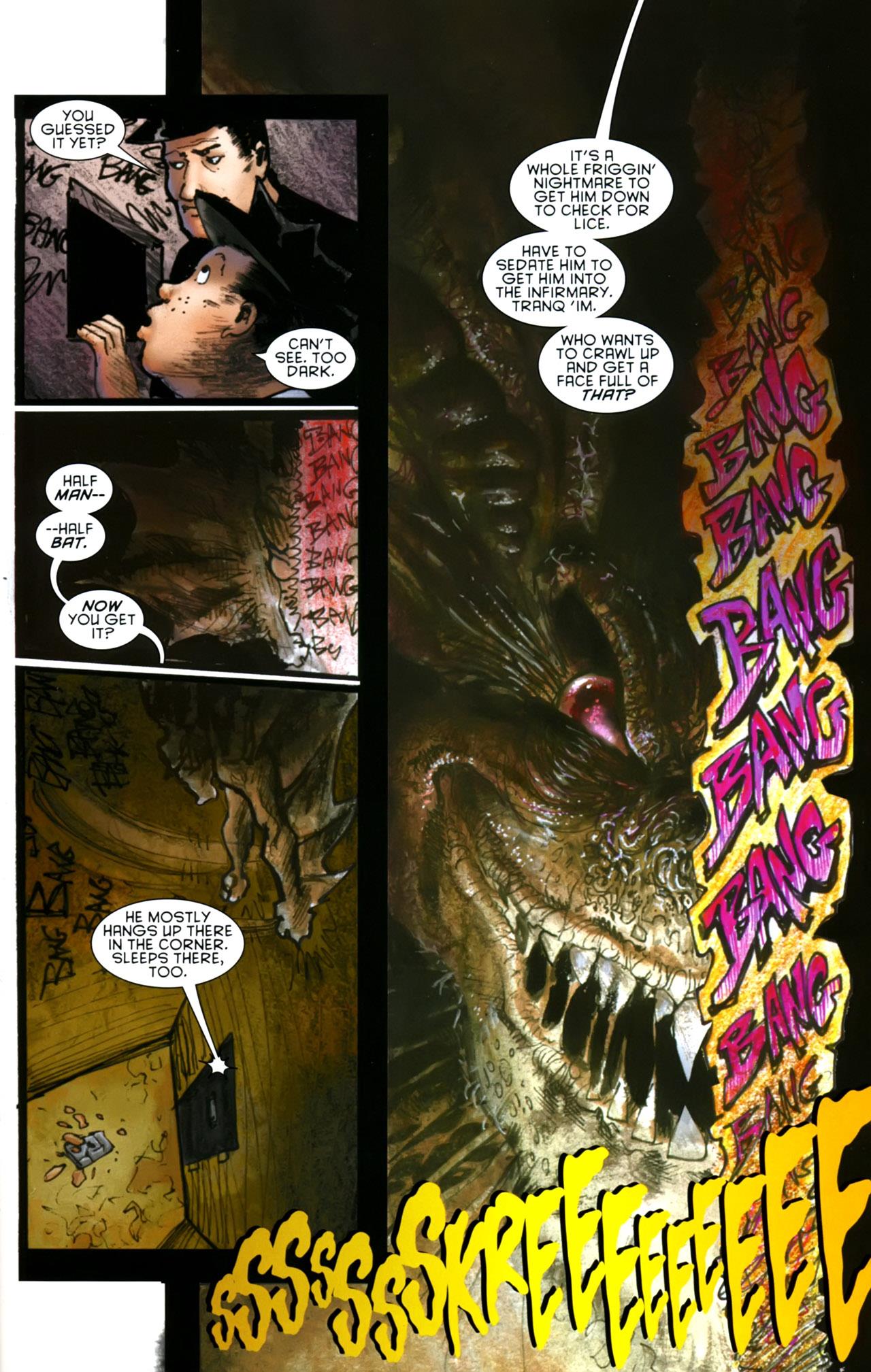 Sam Kieth is a fine choice to write and illustrate a tale of Gotham City’s home for the insane, Arkham Asylum. His drawing is excellent, and has become progressively looser and more imaginative over the years, yet retaining that slightly left of normal approach that can produce a really unsettling response.

Sabine is a nurse at Arkham. To the family dropping her off to work she presents a politically correct set of opinions regarding working there, but the truth differs. Sabine tours us around the staff pertinent to the story and we’re off.

What with Dave McKean’s highly regarded portrayal of Arkham, Kieth has the bar set high, but doesn’t let anyone down artistically. He mixes and matches his approach – his outro labels this “all over the place – but it creates an absorbing visual melange from start to finish. Some licence is taken with previous looks of Arkham, picturing a massive tall gothic building seeming every bit as fragile as the sanity of the patients inside. Kieth presents everything within on a similar grand scale. In an early scene two orderlies check the time via a vast clock hanging thirty feet above them before we switch to a bowl the size of an inverted church bell. Sound effects are a constant background distraction, exactly as they are to the staff, adding to the cloying atmosphere of the place and the story. A mysterious ticking noise originates from no clock, or a dripping pipe is accentuated.

This atmosphere building is fantastic to begin with, but eventually too extensive, even if spliced with Kieth’s unique visual representation of the inmates. Sometimes they’re almost abstractions as he conceals them in shadow, or hones in on a very small piece of them, perhaps to reflect the psychiatric insight.

Eventually one occupant comes to dominate. “Joker? He’s gutless now. All he does is sit in the dark collect old boxes and watch Antiques Roadshow all day. Guy’s getting old.” is a fellow inmate’s assessment. They’re wrong. This is problematical, though, as while the inmates are credibly portrayed, it’s difficult to believe an institution such as Arkham doesn’t have computerised records, or the lackadaisical attitude of some staff members around some of the most dangerous patients. This is what enables the remaining plot. The Joker is bored, and his hobby inspires some horror, leading to a memorable portrait page amid a memorable conversation.

That, though, is the best combination of art and story, and what remains once that’s removed is an extended tease and a mildly disappointing pay-off. But brilliantly drawn.