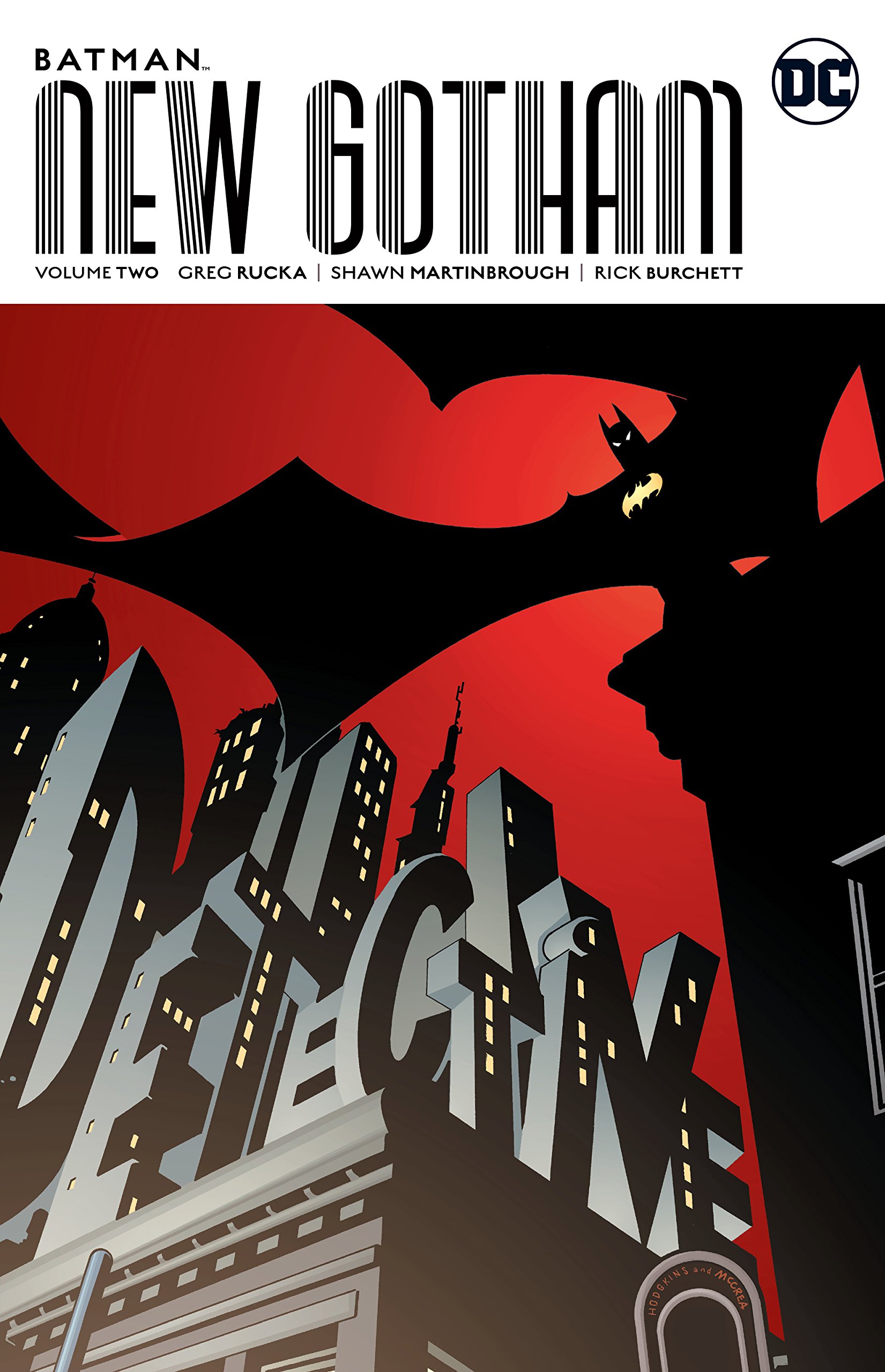 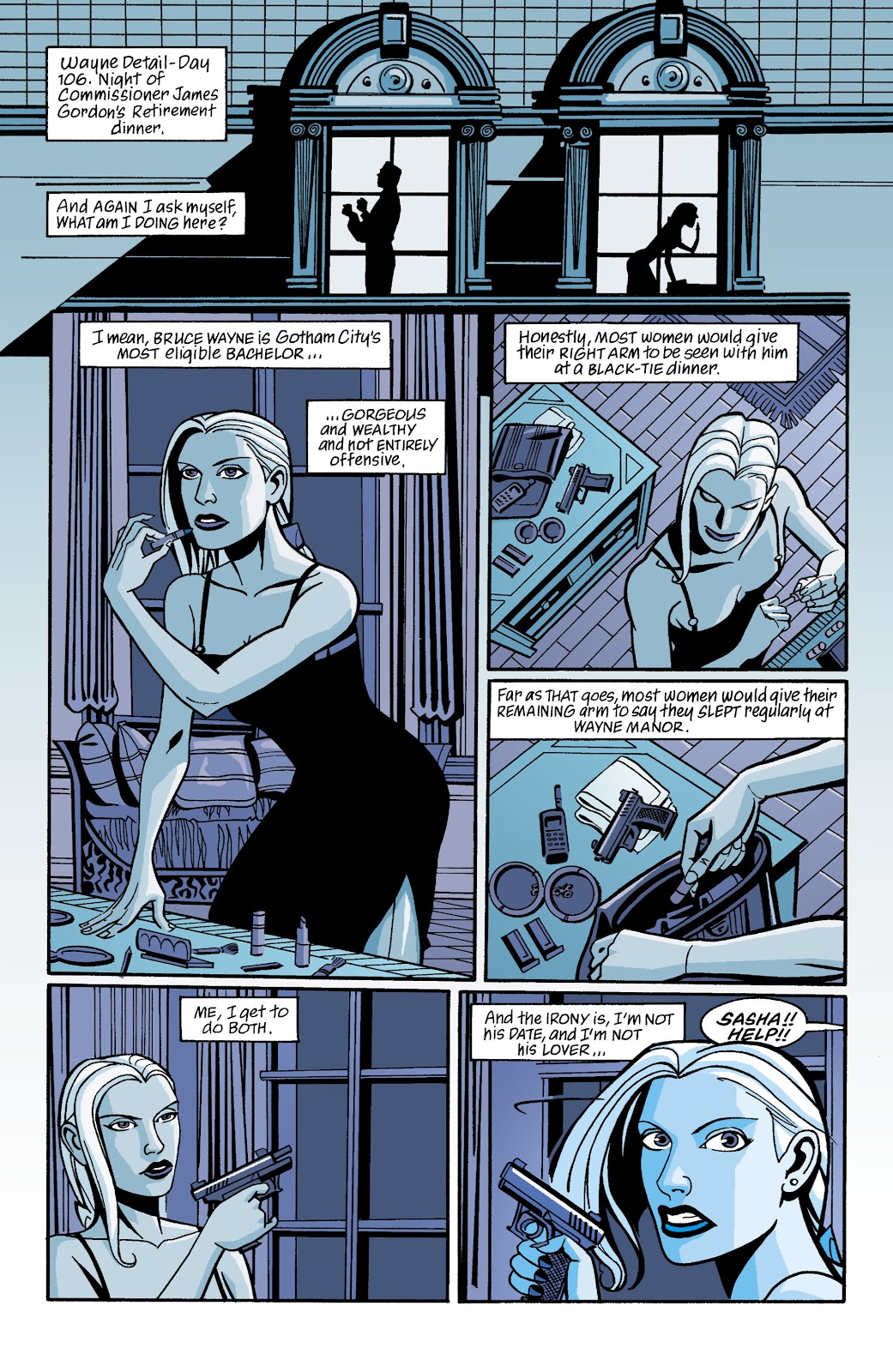 A second collection of Greg Rucka’s Batman stories from 2001-2002 is extremely welcome as they’re excellent, and have never previously been available as a graphic novel. They haven’t dated either, as Rucka took due care and attention to cultivate a timelessness about the Gotham in which he set his crime stories, and to use an ensemble cast that worked within that.

In volume one Bruce Wayne was saddled with a bodyguard he obviously doesn’t need. However, the people running his businesses are unaware he’s Batman and insist on it due to the possible damage to those businesses should Wayne have an accident or be targeted by criminals. Rucka’s depiction of Wayne’s idiot act as he befuddles the very capable Sasha Bordeaux is amusing, but doesn’t do enough to allay her suspicions about both his concealed capabilities and his disappearances. Very early in this collection her purpose in the storylines becomes clear as she discovers his other identity, and the question becomes what happens next?

Shawn Martinbrough (sample page) is again astonishingly good with his detailed, yet economical art, although Rick Burchett runs him close, modifying his own style slightly to match the series look. Burchett’s Lieutenant Bullock, however, is a little on the Hulk side. Coy Turnbull draws a crossover with Superman and is also very good, although the signature effect of tendrils extending from the bottom of Batman’s cape is intrusive. Again, the very considered colouring of Wildstorm FX only using two shades and keeping them muted works wonders in providing an atmosphere.

As previously, Rucka concentrates on police procedural work, and spends a considerable time with the individuals of Gotham’s central police precinct, alternating their prominence, but always having one of them in the spotlight. He’s sparing with his use of Batman’s known villains. There is, however, a three part story featuring the Mad Hatter, a foe who’d be near the bottom of a list for fitting smoothly into a series that beyond Batman attempts to stay as real world as possible, yet fit he does, chillingly. There’s also a form of crossover with a DC wide story in which the Joker’s toxin has spread widely, but Rucka and Martinbrough make the story work within their parameters rather than changing their mood to accommodate it.

From the end of this collection Batman’s continuity runs into the Bruce Wayne, Murderer storyline. It leaves three final issues concluding Rucka’s Batman run rather orphaned, unlikely to be collected, which is a shame as they’re up to standard of his other work. Anyone interested should look out Detective Comics 773-775.