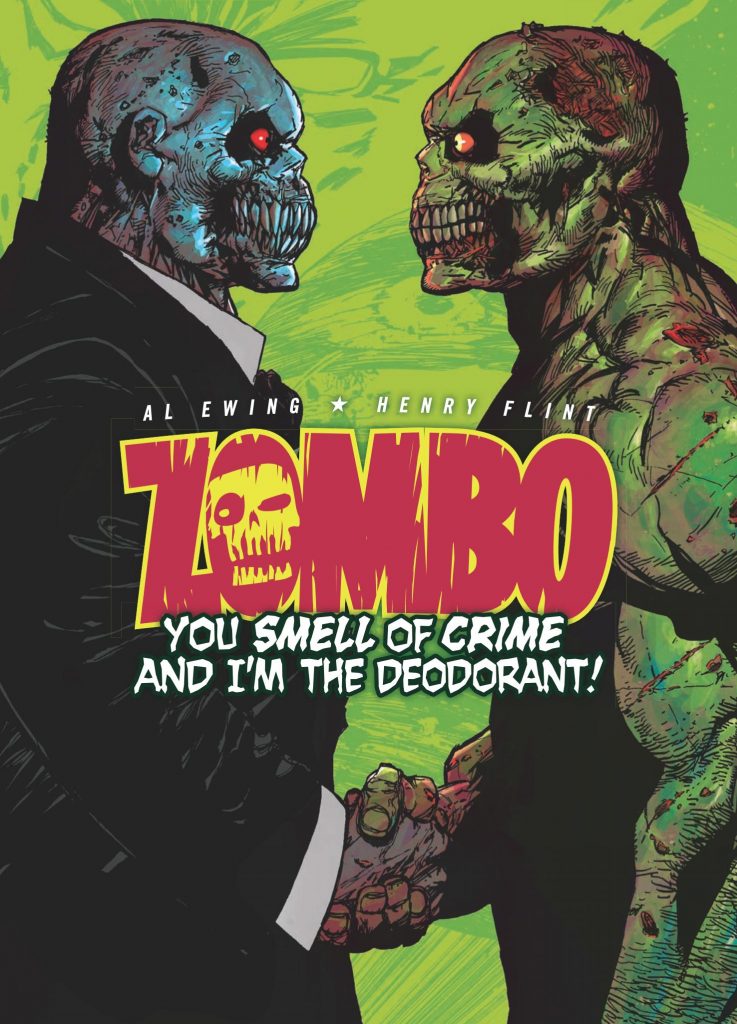 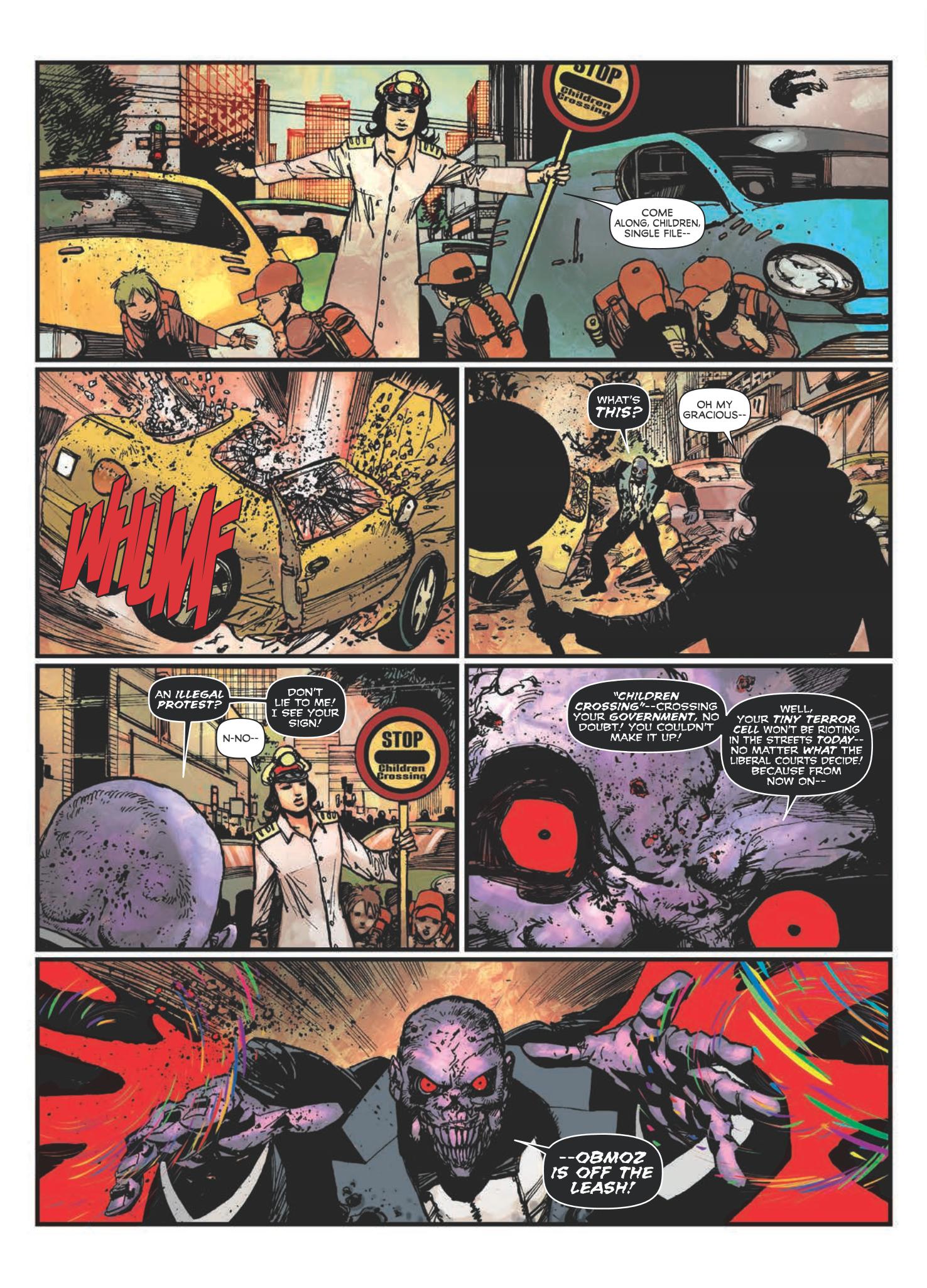 Anyone uncertain about the madness that awaits in a Zombo collection is given a crash course on the first story page featuring a singing man in a morris dancer’s costume stealing eyeballs with a red balloon on a stick. If that’s not fish riding a tricycle bonkers, then what is? Why not send Zombo after them? Well, because he might embarrass the government. No, the President has a new and improved Zombo. “Instead of humiliating himself and his government on interstellar television, he’s kicking lawbreaker ass”, the President tells us, “and then he’s eating it, raw. In the dead of night”. That sure sounds like Zombo, but it’s actually Obmoz, the reverse Zombo. Confrontation is inevitable, violent and hilarious. Along the way Al Ewing feeds in who Zombo once was (Eric Rabinowicz, male stripper), who fused him with Zombie cultures (Dr Proctopus) and where his second brain is located (to be discovered yourself).

If Can I Eat You, Please? was innovative and funny, You Smell of Crime and I’m the Deodorant is a tour de force. It’s Ewing and Flint realising and maximising the potential of what they’ve created, with fast-paced plots that can head anywhere, rapid-fire comedy dialogue and a refined sense of the surreal. If Flint can draw the sample page with a straight face, he’s not going to let anyone down with anything that follows, and he keeps up with Ewing’s manic mind panel by panel in delivering the glory.

Obmoz appears in ‘The Day Zombo Died’ (oh dear), which is followed by ‘Planet Zombo’, picking up on the fetid dangling threads of the previous volumes. A real skill of Zombo is Ewing never losing sight of an overall plot. As plenty of incoherent graphic novels have shown, free associating the surreal and the surprising can be a simple way for an idle writer to fill the pages, but Ewing’s conceptual genius flits from joke to joke, yet always following a trail, and keeping in mind Zombo is also horror. The textual density of those jokes is astonishing, and there are no sacred cows. From old horror films through the Beatles to Marvel favourites, Ewing satirises the lot, all the while keeping a cuddly zombie literally talking out of his arse not far from centre stage. Oh yeah, there’s also a digitised version of the President spouting meaningless apparent profundity, Rod Serling via Jack Kirby, all the while Flint keeping inspirational visual pace.

Two short stories round off the collection. The first is also a densely layered satire opening with official sources attempting to co-opt organically manifesting trends to present their message to youth who’re never fooled. The second purports to be the secret of Zombo’s powers, but is memorably dark, even for Zombo.

You’ll hear Ewing’s Immortal Hulk is worth a read, but there’s a reason used copies of You Smell of Crime and I’m the Deodorant go for upwards of £45. Its his career peak (so far).

UK readers have the alternative choice of a nice hardcover combining both Zombo books as part of the 2000AD Ultimate Collection partwork. 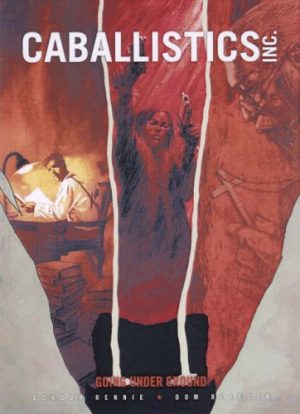