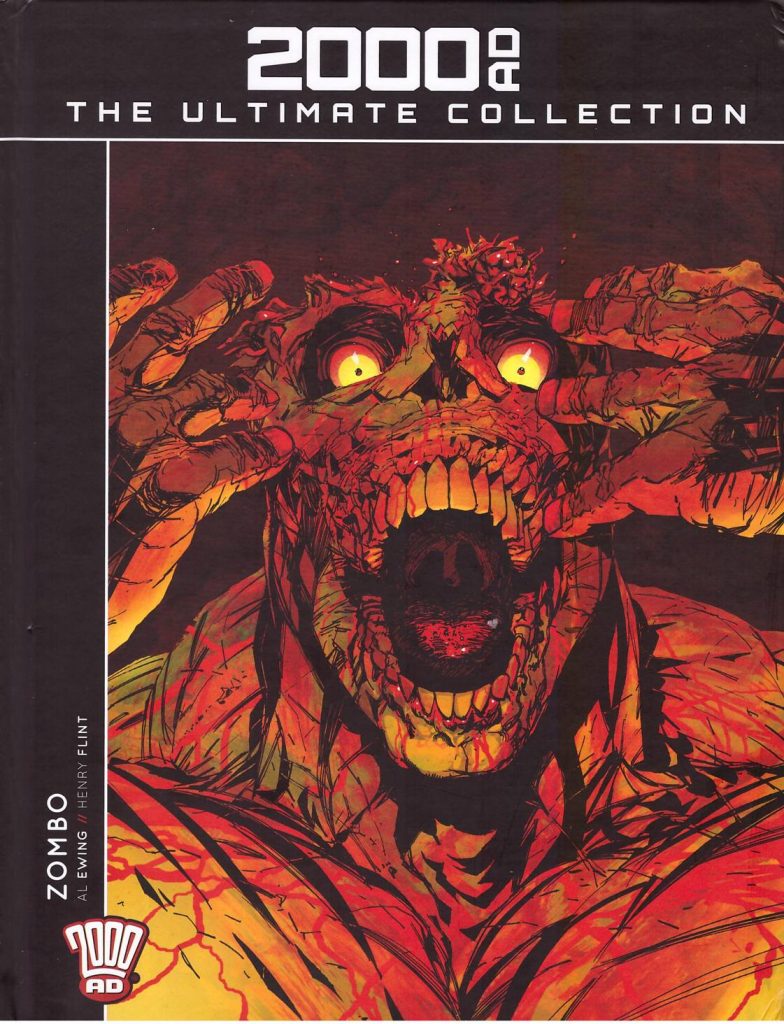 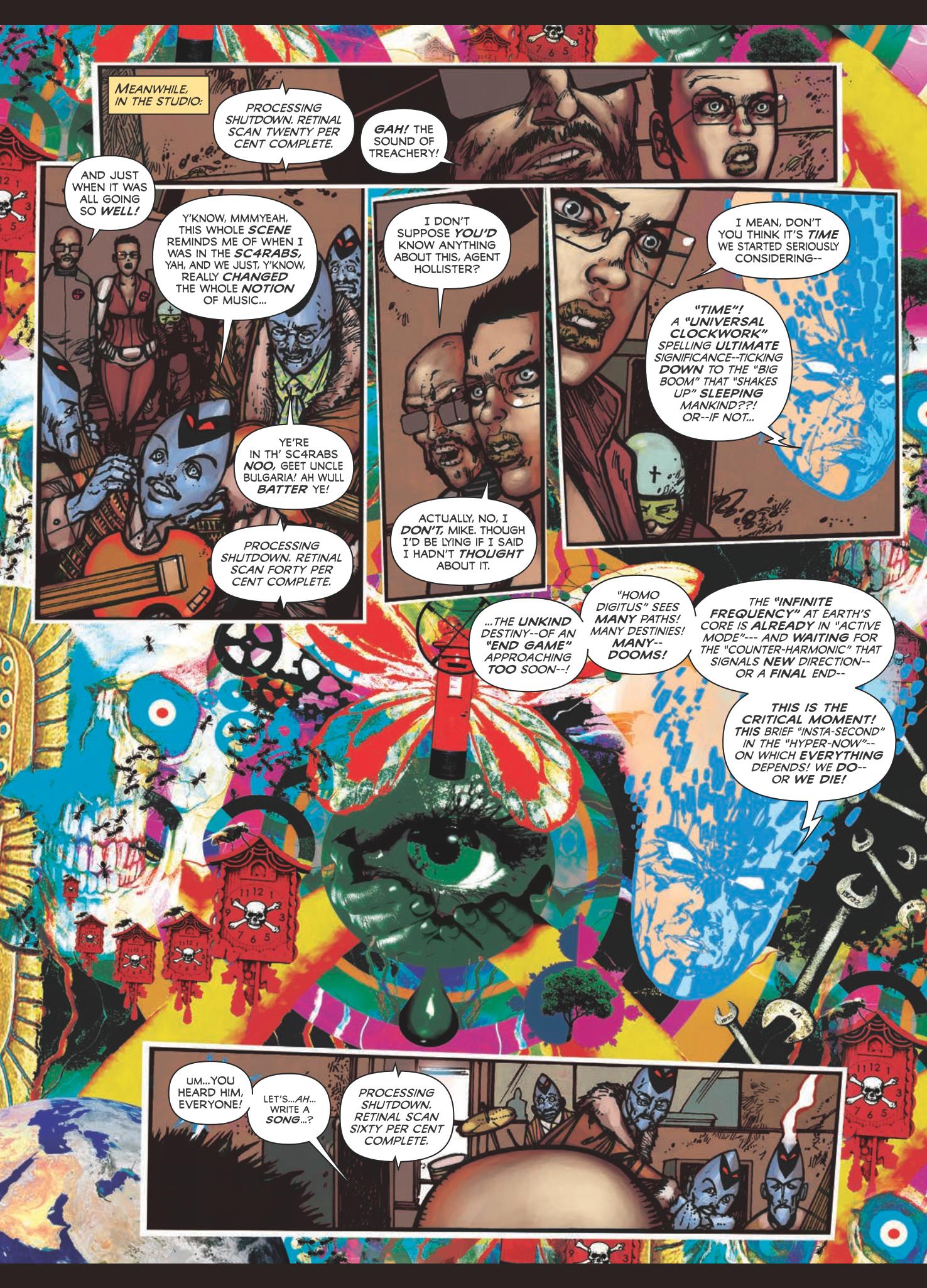 Zombo began as a concept from artist Henry Flint concerning a plane load of people crash-landing on a hostile planet and facing an inventively gruesome death at the rate of one per episode. That’s indeed what’s supplied. It’s violent, it’s funny and it introduces surely the politest zombie of all time and his catchphrase “Can I eat you, please?” However, that’s just the starting point as Flint and writer Al Ewing find their feet. What follows improves story by story into a madcap vehicle allowing the creators to satirise anything. Walt Disney, Simon Cowell and a President not too far removed from Donald Trump are villains, despite Zombo finishing before the 2016 US Presidential election. The rapid-fire dialogue is laid over surreal events that can lead anywhere or nowhere, yet Ewing always has control of the plot.

Whoever came up with the idea of a zombie in a bright red codpiece delivered a stroke of genius, and that it’s used as Zombo’s control device is the icing on the joke. It’s a constant visual counterpoint to the mayhem Zombo induces or encounters. Perhaps Flint’s getting something out his system as he takes particular joy in splattering the mayhem all over the pages, the occasional hint of Carlos Ezqeurra to his illustrations.

The sample art doesn’t actually feature Zombo, but gives an indication of the utter madness of his world. A digital version of the President spouts incomprehensible Kirbyesque cosmic aphorisms, and a pastiche of the Beatles have reunited to write a song to save the world, which is being threatened by an insane version of Walt Disney. “Stop! That nailgun is a tool of science”, spouts a scientist, “I won’t let you pervert it for your skullduggery.” Yes, at times a plain polite zombie seems the only sane man left alive. Or almost alive.

Zombo is genuinely one of 2000AD’s most memorable series, which makes this 2018 hardback particularly welcome, especially as the second Zombo collection (You Smell of Crime and I’m the Deodorant) is long out of print with used copies commanding high prices.